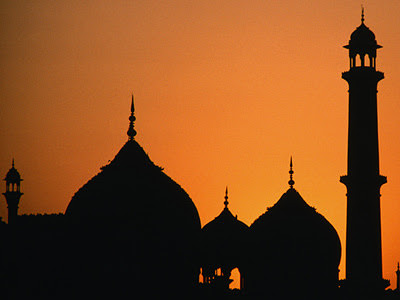 Another Ramadān has come to its end. Yet again it seems that every year it comes and goes as fast as a speeding train. May Allāh accept the prayers, sujūd and supplications of all the Muslims here and in the rest of the world. Below is a short reminder on the fasts of Shawwāl, one way of continuing the spirit of Ramadān in the coming year.

Virtues of the six fasts of Shawwāl:

said: “He who fasts Ramadān, and six of Shawwāl, it will be (in terms of rewards) as if he fasted a whole year.” (Muslim, at-Tirmidhi, Abu Dawudd, Ahmad, Ibn Majah)

He also said: “Whoever fasts for six days after (Eid) al-Fitr has completed the year: (whoever does a good deed (hasanah) will have ten hasanah like it).”

According to another report:

“Allāh has made for each hasanah ten like it, so a month is like fasting ten months, and fasting six days completes the year.” (al-Nisa’i and Ibn Majah. See also Sahih al-Targheeb wa’l-Tarheeb, 1/421).

What is the secret in decreeing unlawful the fast on the first of Shawwāl but making it obligatory to fast on the last day of Ramadān, although both days are alike?

Both days are not alike in rank and status. They may be alike in sunrise and sunset at similar times and period of day but they are not similar in terms of Allāh’s injunctions. The month of Ramadān is the one during which Allāh has prescribed fasting for His slaves. The first of Shawwāl, on the other hand is a day of Eid and happiness for the people.

Allāh has made it permissible for His slaves to eat and drink in gratitude to Him and everyone is a guest of Allāh on this day. It is most disagreeable to Allāh that anyone keeps fast on this day and rejects the invitation of Allāh. It is part of manners and duties of a guest that if he fasts he should do so with permission of the host. Thus, if the followers of Islam are the special guests of Allāh on the first of Shawwāl then how is it allowed for them to fast on that day?

It is among the peculiarities of the injunctions of the Sharī‘ah that on the last day of Ramadān fasting is fard while on the first day of Shawwāl it is forbidden to fast. The last day of Ramadān is the day of perfection of Allāh’s blessings and the completion of one’s duties. The first day of Shawwāl is the one in which all the Muslims are Allāh’s guest. In fact, all the creatures of Allāh are His guests, always, but it is a day of special hospitality and feast and it is a grave sin to refuse the invitation.

The wisdom (maqsad) in equating 36 fasts in a year to a full year’s fast:

The secret of fasting on these days lies in their similarity to the Sunnah prayers attached to the five daily obligatory prayers through which shortcoming in the prayers is perfected. Among the merits of these facts is that the worshipper is rewarded as if he fasts perpetually.

Related Topics:eidfastingRamadan2012shawwalsix fasts
Up Next

Will You be a Better Person After Ramadan? | Yasir Qadhi