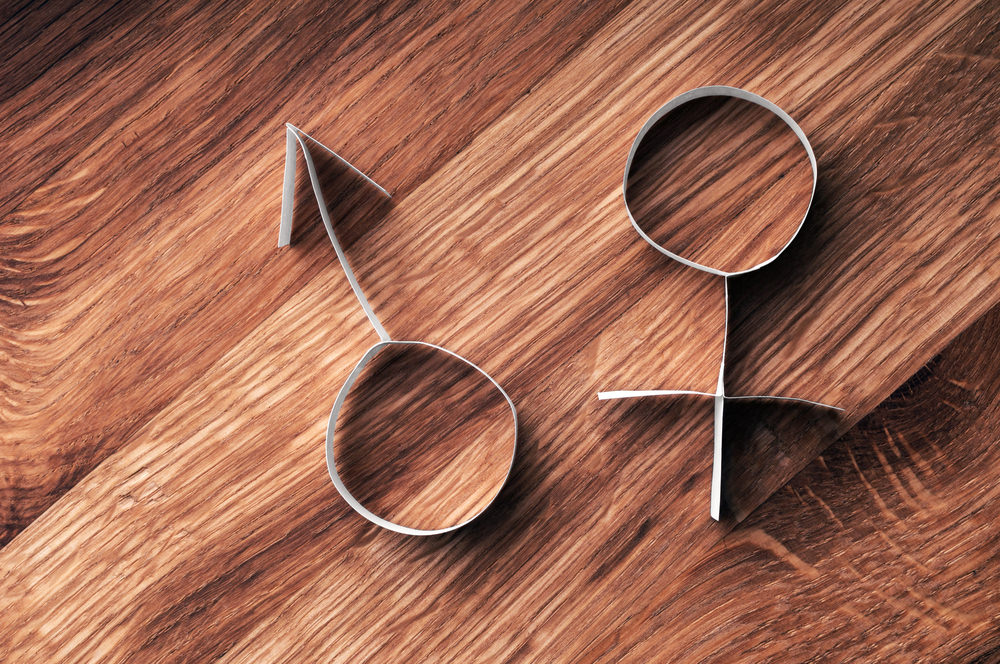 When I was 10 years old, I asked my mother why only married couples have babies. I was curious about how babies are produced. I still remember the awkwardness on her face as she came up with an answer that left me perplexed. Then, it was too early for me to know, and only a few years later I learned about the concept of procreation. Fast forward to the present however, children at that age not only have had some exposure to sex, but there are even cases in which primary school children experiment with sex. The age at which children begin engaging in sexual activity has decreased; children are now becoming sexually active earlier and earlier in life. Statutory rape and baby-dumping are not uncommon, and sexual orientation is an issue to a significant number of individuals.

Contracting the disease from so-called modern societies, we have become tremendously desensitized to immorality. Accelerated by the advent of the internet, pornography and sexually explicit images and messages are accessible almost at any time and place in our daily lives. Sin, morality, evil, and good are being continuously redefined for the sake of our own ‘rights’ and preferences.  Practices and lifestyles deemed intolerable a few decades ago are now commonplace and in the open.  Nudity and scantily-clad bodies are ‘expressions of art’.  LGBT (lesbian, gay, bisexual, transexual) group expansion hides under the name of liberty and progressiveness.  It is no longer surprising to see ‘Human Rights’ or LGBT advocates proudly professing their religious affiliation and expressing their views in religious dialogues. At the same time religious and spiritual values are labelled archaic and conservative.

This desensitization needs to be addressed rapidly, as it confuses people as to what is right and wrong, to the extent that it can result in violence and crime. Not only does it cause women to self-objectify and convince themselves that their primary worth is determined by their sexualized appearance, but over-sexualization of the environment causes men to view women as sexual objects to be used and violated.  As noted by Dworkin and MacKinnon in their criticism of pornography, pornography teaches its consumers that not only is it permissible to treat women in these ways, but also that women themselves enjoy being used, violated and abused by men (1).  Although the occurrence of rape has multiple causes, viewing women in such a way may predispose some men to desire to rape or increase the predisposition of other men who already felt this desire. This, in some cases, eventually results in rape and other forms of sexual aggression which may affect other innocent women and children, over whom the perpetrators have power and opportunity.

With more support for LGBT rights movements, the debate has shifted from the concept of equality and liberty to the question of whether sexual orientation is, or is not, a choice. While some may struggle due to a history of sexual abuse, traumatic events or being in environments that encourage situational homosexual practice (i.e prison, military, single sex boarding schools, over-segregated communities), the complexities of life and human beings teach us that there is no theory that is going to fit for every individual and every situation. The removal of homosexuality as a mental illness from the Diagnostic and Statistical Manual of Mental Disorders (DSM) following the confrontation from gay rights groups and the scientific opinion suggesting genetic predisposition related to homosexuality have raised more questions.  Is it a biological will or behavioral choice? In a religious context: Why did Allāh create then reject homosexuals if they, themselves, did not choose to be homosexuals? Why should they be shunned if their feelings are beyond their control? Don’t they deserve the rights to live happily with their partners if it is a mutual commitment?

But Allāh has already given us a clear guidance in the Qurʾān:

And [We had sent] Lūṭ when he said to his people, “Do you commit such immorality as no one has preceded you with from among the worlds? Indeed, you approach men with desire, instead of women. Rather, you are a transgressing people.” (Sūrat’l-A‘rāf: 80-81)

Yes, whatever reasons we give to justify its rights and legalization, it is without a doubt immoral. It is an act of transgression. In fact, it was not known to be practiced nor did it cross people’s minds until the people of Sodom.

Imām Ibn Kathīr notes:
It is meant that homosexuality is the worst abomination. It was not known among the Arabs of the past, as their ignorance of it was mentioned by more than one of them. Therefore, al-Walid ibn Abd al-Malik said, “If Allāh Almighty did not narrate to us the story of the people of Lūṭ, I would have never thought that a man could be on top of another man.” And in the hadith reported by Ibn ʿAbbās, may Allāh be pleased with him, the Prophet

said, “If you find someone committing the act of the people of Lūṭ, kill both participants.” This was narrated by the people of sunan, and was rated authentic by Ibn Ḥibbān and others.

cursed three times those who commit the act of the people of Lūṭ, and he never cursed anyone for sin three times, except those who do this. He commanded the participants to be killed, for they are not worthy to live among the people because they are corrupt in their actions and sinful in their hearts. Whoever has this likeness, there is nothing within them that is beneficial for creation if they remain. So if Allāh saves us from them, our faith and lives will be more righteous. But the curse is to be expelled and made distant. So whoever was expelled and made distant from Allāh, His Messenger, His Book and His righteous servants, there is no good in him or in coming near to him (2).

I believe that in our current situation, persecution and cursing are not the correct approach most of the time. This is because, especially today, these individuals are actually the victims. It is the widespread dissemination of the idea of homosexuality and gay pornography that trigger curiosity and confusion among susceptible individuals, which in turn has encouraged them to identify themselves as homosexuals.  Even if it is genetically influenced, to say that homosexuality is biological therefore unchangeable is incorrect. According to Whiteheads, “Human behavior is determined by both nature and nurture. Without genes, you can’t act in the environment at all. But without the environment your genes have nothing on which to act” (3). Moreover, studies have shown that change of sexual orientation is possible (4) albeit it is not an easy process. The pressure to ban sexual orientation change efforts is actually denying the right to treatment for patients who seek it.

Thus, brothers and sisters who have homosexual orientations should resist from committing homosexual acts, seek Islamic counseling, and choose the right therapists. To be inflicted by forbidden desires is a trial from Allāh.  Muslims should not pursue homosexual tendencies, just as they should not commit any other sin, such as marrying the polytheists or idol-worshippers. What Allāh has deemed wrong can never be right. The doctrine which subconsciously implies that we can be faithful to a religion while still committed or tolerant to unethical conduct is contradictory to the spirit of Islam itself.

Let those who find not the wherewithal for marriage keep themselves chaste, until God gives them means out of His grace. (Sūrat’l-Nūr : 33)

It is challenging indeed to have a balanced community, as nowadays the road to extremes of sexual interactions is easily paved.  Both, excessive free-mixing, and over-segregation are problematic. It is important to maintain a balance of the two. Therefore, besides educating our society on appropriate parenting skills and sexual education, it is upon us to take heed of not only the numerous prevention methods against free-mixing prescribed by Islam, but also on the appropriate manners of both genders and the ethics of interacting with the same sex.

cursed effeminate men and those women who assume the manners of men, and he said, ‘Turn them out of your houses’. The Prophet

‘Abd al-Rahman, the son of Abu Sa’id al-Khudri, reported from his father, the Prophet

Finally, at times when it is difficult to determine right from wrong, it is important to refer to the sharī‘ah rather than relying on our own rationality. Ibn Al-Juwaynee, a Shāfi‘i  mutakallim (a scholar of dialectical theology) has excellently explained the weakness of deriving legislation from human rationality:

“… Whoever thinks that the shariah may be derived from what people agree upon, of reason or from the opinions of wise men, has rejected the shariah and has taken this principle as a means to reject the shariah. If this is acceptable, then it would be acceptable to stone the unmarried fornicator who commits fornication in our times based on this argument. Likewise it would be permissible to execute a person on the basis of suspicion. Likewise, it would be justifiable to kill a person whom it was feared would betray the ummah if there were signs and indications to that effect. Likewise it would be permissible to increase the rate of zakaah if there appeared to be a need to do so…These arguments have no strong foundation. If they were to form the foundation of religion then you would find that everyone who has some rational power would take his own ideas and thoughts as shariah and thus ideas and thoughts would take the place of the revelation sent to the messengers. These ideas and thoughts would vary according to time and place, thus the shariah would have no stability…”(5)

Truly Allāh speaks the truth when He says,

“The life of this world is alluring to those who reject faith, and they scoff at those who believe. But the righteous will be above them on the Day of Resurrection; for God bestows His abundance without measure on whom He will”   (Sūrat’l-Baqarah: 212).

The Fate of Prostitutes