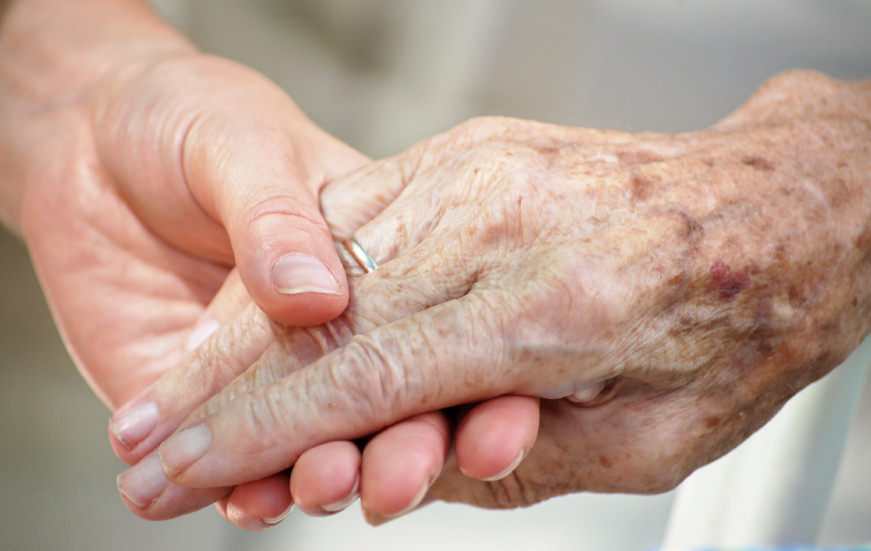 This particular show interviewed a mother who had written and published a children’s book and dedicated it to her daughter.  The mother shared with Oprah that she now realized that she had spent many of the daughter’s young years working hard in her career and hadn’t given her daughter the time and attention she deserved.

The book was a gift from mother to daughter saying, I’m sorry and I love you. Moved by the sincerity of the mother, Oprah turned to the daughter, who was also present on the show, and asked her about the heartfelt dedication in the book.

In response, the daughter scoffed at the dedication and said it meant nothing to her.  She said that a meager book could never make up for all she’d lost in those years of her mother not being there for her…

…A friend of mine once shared the story of a young woman who had accepted Islam and fell sick shortly thereafter and was hospitalized.  Her new Muslim companions would gather at her bedside reciting Qu’ran and keeping her company.  One day one of the Muslims was reciting Qur’an and the woman started to turn her head back and forth in apparent agitation.  Concerned, the Muslims asked what was wrong.

The sick woman responded by saying that it was hard to concentrate because she didn’t know whom to listen to.

“What do you mean?” the Muslims asked her.

The reciter turned and didn’t see anyone.  “I’m the only one reciting,” he said.

O reassured soul, Return to your Lord, well-pleased and pleasing [to Him],

And enter among My [righteous]servants,

And enter My Paradise

A moment later, she died…

…I don’t know why, but the daughter’s words to her mother that day as I watched Oprah affected me deeply.  I nearly cried.

If your mother had done only that, I wanted to tell her, a life of toiling servitude at her feet could not repay even a single contraction your mother suffered birthing you.

I wanted, too, to ask this single question:  For whose comfort do you think your mother worked so long and hard in her career?

“And your Lord has decreed that you worship none but Him, and that you be dutiful to your parents. If one or both of them attain old age in your life, say not to them Uff [a word of disrespect], nor shout at them but address them in terms of honor. And lower unto them the wing of submission and humility through mercy, and say, ‘My Lord!  Bestow on them Your Mercy as they did bring me up when I was young.’  Your Lord knows best what is in your inner-selves.  If you are righteous, then, verily, He is Most Forgiving to those who turn unto Him again and again in obedience, and in repentance.” (17:23-24).

Time and time again we read verses about Allah’s mercy and forgiveness, but it is often not real for us.  It is only when we hear stories like the one about the young new Muslim that we begin to get a glimpse into that vast world of Allah’s compassion for His servants.

When I heard the story of the girl hearing the last verses from Soorat Al-Fajr before death, my eyes welled with tears.  I longed to hear those Divine words recited to me.  But as I reflected on my life and my shortcomings, I wondered if I’d be given that gift.

What was it, I wondered, that she had done that pleased Allah so much that she earned this momentous blessing?  Was there something—anything—that I could do to earn something similar?

…I thought of my parents, and of the love that the mother must have had when dedicating a book to her daughter.

“…Your Lord knows best what is in your inner-selves…”

Even if you suffered at their hands something so severe that you had no choice but to speak up and seek help from others, what harm would it do, even still, to honor and respect them?

What harm will your being righteous do to you?

“…If you are righteous, then, verily, He is Most Forgiving to those who turn unto Him again and again in obedience, and in repentance…”

But she was never there for me.

He was always gone.

Why didn’t he try harder?

They should listen more…

But what of our falling short in our responsibilities to them?

We accept without question the duty of parents to provide, to be kind, to “be there”, and to love us, regardless….

….Of our temper tantrums, our sudden outbursts, our tumultuous teens….

Regardless of our tendency to rarely, if ever, reach out to them.

So in those inevitable moments of hurt, when reflecting on the wrongs of one’s parents, why not pray for them?  Why not ask Allah to forgive them?

A hadith reports the Prophet, sallallaahu’alayhi wa sallam, as saying, “Verily, on the Day of Resurrection, Allah has slaves to whom He will neither speak nor purify nor look at.” When he was asked who these people were, among them was the person “who disowns or abandons his parents” (Ahmad).

Yet, as we draw ever closer to the Day of Judgment, there are so few of us who are moved to utter a simple prayer asking Allah’s mercy for our parents, and so many of us who move our tongues endlessly recounting their faults.

The Prophet, sallallaahu’alayhi wa sallam, taught that one of the signs of the Last Day is that a slave girl will give birth to her master.   And, indeed, it seems that that time is upon us…

A mother is given orders by her child.  A father is scolded for his faults.  A mother dedicates a book—a life—to a child and is told…

What, dear child, would you feel, if that book were your Book of Deeds handed to you on the Day of Judgment?

Could your list of transgressions therein—against your parents and yourself—make up for all that you lost in not “being there” for your own soul?

And perhaps, you simply saying to your career mother or absent father, “I love you and will honor you still” would be the cause for every single ink stroke in your Book of sin to be erased – forever – from your account.

And perhaps, too, while your soul is being taken from your body, you will hear—because of this “meager” good deed—a voice from on high saying…

“O reassured soul, return to your Lord, well-pleased and pleasing [to Him], and enter among My [righteous] servants.  And enter My Paradise.”

And perhaps your mother and father will enter with you, too.

Is Kosher Meat Halal? A Comparison of the Halakhic and Shar’i Requirements for Animal Slaughter