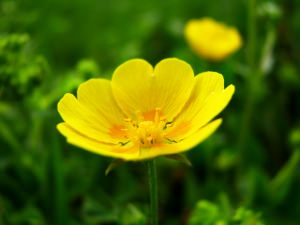 [The following is the transcript of a khutbah by Shaykh Yasir Qadhi on June 10, 2011, which is dedicated to the youth, especially in preparation for the summer months ahead. The transcript includes slight modifications for the sake of readability and clarity.]

My dear brothers and sisters in Islam, right now we are experiencing the beginning of the summer months, and our youth and our youngsters – our future generation of leaders –  are in their summer vacation and are coming to the masajid.  It is an ideal time to address them because we concentrate on the elders too much, so I ask your indulgence today to instead of addressing the elders in the crowd to direct the khutbah that is intended for our youth and intended for the next generation of Islam.  And I ask my young brothers and sisters in Islam, especially those who are sitting in the back and are used to not listening to the khutbah, I ask you that today this khutbah is meant for you.  Today’s topic is meant for your ears and not for the ears of the elders.

My young brothers and sisters in Islam, when you look at the Qur’an, you find that Allah has mentioned many stories of youth and many stories of those children who did so much and accomplished so many ideals, and so the Qur’an addresses youth along with addressing the elders.

.  Many stories are mentioned about the Prophet Ibrahim

in the Qur’an.  There are a number of incidents that occurred to him when he was a child and when he was a youth.  All of you are aware of these stories, and we study them in Sunday school.  We know that when Ibrahim was a young child probably less than thirteen years old, he realized that his nation was upon misguidance.  He realized that they are worshipping idols, and it doesn’t make sense to worship idols.  He realized that there is nothing more logical and more rational than worshipping one God, the perfect God and that is Allah

Without any revelation coming to him, he knew that only Allah is worthy of worship.  He was not a prophet at this time.  Wahy (revelation) had not yet begun, but he knew that his nation was upon misguidance.  He wanted to show to his people that this was not right what they were doing.  What did he do?  You all know the story.  He entered into the temple when everybody was absent, and he took an axe and destroyed all of the smaller idols and then hung the axe on the biggest, largest and main idol.

When the townspeople returned, they were shocked to see that their whole temple had been destroyed and all of their idols had been destroyed.  They said, “Who could have dared do this to our idols?”  One of them said, “There was a little kid talking about them.  They say his name is Ibrahim.”  He is not famous, he is not a prophet yet, and nobody knows him, but he is a little kid talking about “why are you worshipping these gods?”  Then when these gods are destroyed, the first culprit that comes to mind is this little kid, so they call him.

Can you imagine the entire city is surrounding him?  The elders, the noblemen, and the king himself come.  He singlehandedly is in the interrogation docket right there.  Everybody’s eyes are on him, and they ask him, “Did you do this?”  What was his response?  Where did he get the courage, intelligence and wisdom to utter what he uttered?  Surrounded by his whole clan and his whole tribe and his whole civilization, this little kid says, “I didn’t do it.  Go ask these other idols.  Surely they must have witnessed and seen what was going on.  I mean, you worship them, so they must be intelligent, rational beings.  They must be able to defend themselves.  Why didn’t they defend themselves?  It looks like the biggest idol did it because he must have gotten jealous.”  He made a mockery of their religion.  Where did a little kid get the guts and intelligence to challenge his whole society and say, “What are you doing?  How can you be worshipping these idols?”