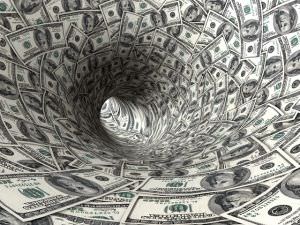 Islamic finance over the last three decades or so has grown into a huge industry. It is huge both in the sense that vast sums of money are handled by Islamic finance, and also in the sense that a great many scholars have been attracted to it, and they have helped to invent or justify financial instruments which claim to make it lawful for Muslims to do things with their money very similar to the things that non-Muslims do with theirs. Yet, if using the word ‘Islamic’ before ‘finance’ is to mean anything at all, it should mean the kind of finance that belongs in Islam, the kind that Muslims acting specifically as Muslims engage in when they are producing and exchanging goods and services, and generally building up their individual and collective means of livelihood.

Most ordinary Muslims are, I think rightly, suspicious and cautious about accepting the permissibility of many of these instruments. It does not help matters that banks and investment companies run by and for non-Muslims are happy to use these same Islamic financial instruments because it helps them to attract and keep Muslim customers.

That sounds very similar to, for example, a supermarket stocking halal meat in the hope of attracting the business of the Muslims in its neighborhood. It is indeed similar, but it is not the same. There are known and clear procedures that must be followed before meat is called halal, and perhaps it does not matter that, at the final point of sale, the retailer is a non-Muslim – provided those procedures have been correctly and fully observed. It is not at all so clear-cut with money. Money is something abstract and symbolic as well as real and concrete. It is not just a store and physical sign of value; it is also a means of assigning and exchanging the values of different goods and services. Accordingly, it permeates all human relationships that are connected in any way to the exchange of goods and services.

In order to judge whether and how far those scholars have succeeded in achieving this goal, it is necessary to step back and ask how we can know if a practice is sound from an Islamic point of view. Before we can do that we need to take a further step back and ask whether and how far such a task is possible at all. In other words, before I get into a discussion of particular instruments and contracts now being offered as Islamic finance, I want to establish as clear a framework as possible for this discussion. This is a necessary prelude to reaching a balanced judgment about these instruments and contracts based on a sufficient appreciation of the external necessities and the internal assumptions and arguments (some persuasive, some not) which have led Muslim scholars to seek out some sort of Islamic rationale for various modern financing techniques.

The world as we find it has in it three distinct orders that overlap and interpenetrate. The largest order encompasses all creatures, living and non-living, human and non-human, Muslims and non-Muslims, all together. We can call it “the natural order”. It is perceptible and intelligible to human beings; to some extent they can work out how it operates and, in some measure, influence and control what happens around them. This order includes the boundaries of time and space, and what modernists in the West call the laws of nature, to which everyone and everything is subject, involuntarily. Within that natural order, there is “the religious order” of divine commands communicated to human beings through God’s prophets and messengers. This order is addressed specifically to human will, and demands a conscious, consenting, voluntary obedience. Finally, there is “the Islamic order” of divine instructions that bind specifically Muslims, commanding or commending them, through the Book and the teachings of God’s Messenger

to live in certain ways and to avoid certain other ways.

Because these three orders exist together in the one same world, it is sometimes the case that the approval of a certain way of acting as Islamic, as conforming to the Book and Sunnah, does not at all contradict its being approved by non-Muslims as “practical’ or “useful” or “sensible” or “healthy” for the individual or for society. Non-Muslims just like Muslims get hungry and need food; get ill and need medical attention; get attacked and need to fight; get curious and need to explore and travel. Then, if Muslims find notably effective ways of serving these needs, we cannot be surprised if non-Muslims adopt those ways. That is obvious. It is also obvious that the converse applies: to serve their basic wants and needs, Muslims can in principle adopt ways that are or were the ways of non-Muslims. That is surely true. But it is also true to say that, in some instances, no matter how “useful’ or “efficient” certain means are for the achievement of certain ends, Muslims as Muslims will reject them as unIslamic. How do they decide when they may and when they may not adopt the ways of non-Muslims? This is not an easy question. For the time being, let us note that if we are going to refuse certain financial instruments or transactions as unIslamic, we cannot do so simply on the basis that they are of “Western” or non-Islamic origin. We must have a better reason than that.

When we try to implement the rules and norms that constitute the Islamic order, we are not exempt from the conditions that obtain in the natural order. Accordingly, those Islamic rules and norms must be implemented with a measure of flexibility. For example, in a situation of necessity, where Muslims have no freedom of action or choice, what is normally prohibited is considered lawful for the duration of the necessity. This indulgence is intended to be temporary, exceptional. It is conditional on Muslims not desiring that which is normally prohibited. The only reliable proof that Muslims are not desiring what is normally prohibited to them is that they are striving to remove themselves from the situation in which they have no freedom of action to a situation where they do have such freedom. So, even if we are forced to adopt novel kinds of financial instruments or transactions on the basis that Muslims are so powerless in the world that they have no choice but to submit to the global financial order, there is, nevertheless, no compulsion whatever to legitimize such instruments or transactions by calling them “Islamic finance”.

All humans in the normal state of things have a measure of freedom of action. What distinguishes Muslims as Muslims is that, in the normal state of things, they strive to use that freedom of action in obedience to the will of God insofar as that is known to them through the teachings of Islam. To the extent that they consciously strive to do that, their lives fulfill the purpose for which the Book tells us they were created, namely to worship God. For believing, practicing Muslims, the natural order of this world, its being perceptible, intelligible, useful, beautiful, etc., is the wide space, provided by the Creator, within which human freedom of will and action are experienced as a reality. If the natural order were not as reliable as it is, freedom of will would not be experienced as real. But the natural order is there, real and reliable. That is why human life in this world can function as an enabling test, a test through which Muslims learn to perfect their obedience to God’s will and so earn the promised recompense hereafter. Thus, we should expect from Islamic finance and the financial instruments it invents or justifies that they help Muslims to (at least) avoid doing what God has prohibited, and (ideally) help them to do more easily and conveniently what God has permitted. This is not a matter of clever word games, clever labeling. Surely Muslims will not accept as permissible the kinds of transaction they had long believed to be prohibited, even if Islamic economists find clever ways to label them as permissible.

In answering that, people often confuse two things – they confuse the authoritative sources of Islamic teachings, the Qur’an and Sunnah, with the rulings derived from those sources by Muslim scholars. The confusion leads to very serious difficulties for Muslims if, in principle or in practice, they accord to the derived rulings the authority of the primary sources. For reasons that will become clear later, I will use for the derived rulings the term “doctrines”. For the teachings in the primary sources, I will use the term “guidance”. Now, we can and do refer to the doctrines that constitute the Islamic legal and cultural tradition that we have inherited. We study and respect those doctrines; we learn from them; if we don’t know any better (and 99.9 per cent of the time we really don’t know any better), we follow them to the best of our ability in our circumstances. But the promised recompense hereafter for obedience to God’s will does not depend on our following the derived doctrines; it depends for sure on our following the guidance in the primary sources. Of course, for most of us most of the time, because of our deficiencies in ‘ilm and taqwa, in our knowledge and wariness of God, following the doctrines is the best way we know of following the guidance.