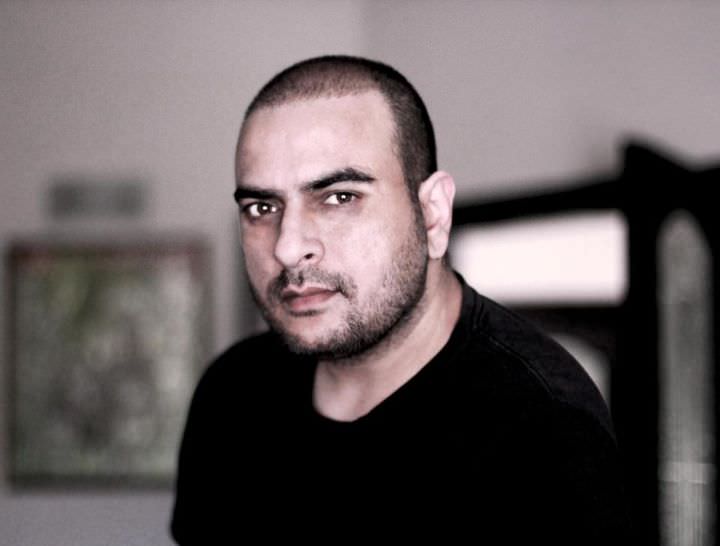 On February 22, 2012, famous singer, songwriter, musician, music producer and director Shiraz Uppal created waves in the Pakistani music scene by announcing he had quit the music industry. In a status update on his Facebook fan page , Uppal wrote:

On my way to uncover my destiny… Certainly not MUSIC… May Allah guide us all to the right… Blessed are those who opt for an alternative life, yet they are surrounded and tempted by opportunities…”

Uppal is not the first Pakistani musician to have left the industry for the sake of faith. A few years earlier Junaid Jamshed, another extremely well-known icon, announced his departure from popular music. The decision to quit a highly lucrative and glamorous career is certainly not one that is made overnight, nor is it an easy one. I had a great conversation with Shiraz on his decision, the path that brought him to it, and what his plans are for the future.

[DM] How did the change take place and what path did you take in making this decision?

[SU] It was a long journey. I had been in a different state of mind since Ramadan, having a feeling of discomfort, of not being satisfied. Alhamdulillah, I have a great family, my finances were great, but something seemed to be missing. I started praying 5 times a day. In the past I had always prayed, but it was always for a reason, usually in times of difficulty: someone was sick, I wanted a song I was releasing to be a hit, it was always prayer for stuff. Then I realized the real purpose of it. It was just for Allah. I started reading a translation of the Quran along with the Arabic. I installed an app on my iPhone for Ahadith and would read them before I went to bed. I started having very spiritual dreams and I saw the Prophet

in one of my dreams. I asked Allah to ‘guide me to the path You have chosen for the good people’. And He guided me here; to quit music. I have my studio in the basement of my house, barely a few steps away from my sitting room. For the past four months I have not entered the studio. I was just not deriving pleasure from music anymore. And this is after over 20 years of playing music and 12 years of being in this industry. I just knew the answer was for me to quit.

I would like to thank you all for liking and enjoying my music… It was a Beautiful Journey but everything comes to an end one day… So I said Good Bye to my Musical Career by my own choice… I just wished and prayed to my Creator that how can i make u happy??? And He poured a light in my heart that opened my eyes and the path was lying clear in front of me… May Allah guide us all to the right… Amin

I kept thinking what would people say. I have a single-track mind. I can’t focus on multiple things. I just couldn’t get over that tussle in my heart and I decided this was it. I could not carry on anymore. It was the similar to when I graduated from the MBA program in 1997 and I wanted to decide whether to go into music or do a proper job. In 1998, my father, a retired air-force officer was working for a private aviation contractor, died in a helicopter crash going from Bahawalpur to Lahore. That incident helped me make up my mind and I started a job. However, my heart was always in music, so in 2000 I asked my mother and my wife permission to pursue music as a career. I needed three years from them in which I would not be contributing to the family income, at all. I just needed to prove myself and work hard towards what I wanted. Soon I started getting popular and soon I was well established in the business.

I have always considered A. R. Rehman my guru. I always admired how spiritual he was, despite being in an industry dominated by Hindus (Rahma is a convert to Islam). We are born Muslims, we have had religion handed down to us on a plate. We have read the Qur’an since childhood but never really understood it. A. R. Rehman keeps his prayer mat right next to his keyboard and is able to blend both his music and his religion without a problem. I had many talks with him on this subject. We would discuss our religion, dreams that we had, about balancing our music with our deen. I always used to tell myself  ‘if he doesn’t quit then why should I?'”

I had always been an average student in school, in my bachelors, and in the first semester of MBA I was put on probation due to my poor GPA. Then I met Aisha and I wanted to prove myself to her that I could get the grades and I was suitable for marriage. This got me motivated and I started getting A’s and B’s. Thus, if I set my mind to something I don’t rest until I achieve it. Thus, when I decided that I wanted to do something that was totally halal and there was no doubt in it, I knew that I had to quit.

[DM] What was the reaction of your family and fans to this decision?

[SU] Aisha, my wife, had a great reaction. She has always stood by me in my music but it was always her desire that I grow a beard and start practicing. I used to tell her, ‘I’ll leave music when I’m dead’. Then my eyes opened. Allah has given equal brains to all then why not use it in 1000 ways other than music. Even my son is very pleased with my decision.

My mother initially was a bit worried, she thinks I should have taken it slowly; she didn’t understand the need to just stop. She is a woman who regularly prays 5 times, so I convinced her that it was the right step. Now she agrees with me.

My fans have been very supportive and I have received so much encouragement from them on my Facebook page that I am very surprised. They were congratulating me on this step. My fans have increased in these past few days as I gained so many of those who never listened to my music but now want to support me in this decision.

[DM] What was the reaction from  your peers?

[SU] I got a negative reaction from most of my peers. Some of them cried when they heard the news. Others said why don’t you sing qawwalis or something, just please come back to music.  Many said you are making us look bad by quitting. I have no hard feelings against them . I am not an authority of whether it is halal or not. I am not passing judgment on anyone. This was my transition, my change, for my reasons. I am not criticizing anyone.

I regularly make dua for istikaamat, for firmness and steadfastness on my decision. In the Quran, Allah

says that He created man weak. Indeed we can not do it without the help of Allah. Thus, I regularly make dua.

Some media people sarcastically remarked to me “You must have done a couple of trips to Raiwind already.” I told them I have never been to Raiwind. I am not affiliated with any group or sect. All I want to do now is to read the Quran and Ahadith, to follow the Prophet

‘s example. I did meet Shaykh Zulfiqar Naqshbandi four years back and took a sort of bait with him but he never asked me to quit music. I recently met him again and asked him why didn’t you ask me to quit. He replied that when I met you four years back I knew you had this desire in your heart so I made dua for you.

[DM] What’s next for Shiraz Uppal?

[SU] Well there is barakah in business. It was the Prophet’s

example to do trade. I have an MBA in marketing. I am sure I will come up with something with the guidance of Allah. He created us with a fixed rizq. I was earning through my music, now it will come to me through some other means. I just know that I never had any barakah in my earnings from music.

I am avoiding TV interviews for now. I really don’t want to offend anyone. I have universities and other groups calling me to speak about my experience and I will share my journey with them. I also intend to slowly learn more about religion. Right now I am in Class 1. I hope to learn more.