TWO years ago, John O. Brennan, President Obama’s top adviser on counterterrorism, spoke to members of a Muslim student group in a packed auditorium at the law school where I teach, offering his audience the White House’s position about what jihad does and does not mean. 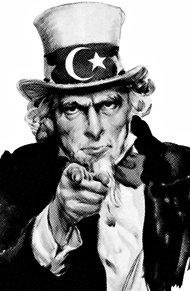 Later that year, on a panel with me in that same auditorium, a commentator, Haroon Moghul, drew attention to efforts by American officials to build global networks of “acceptable” Muslim leaders.

There are other examples like these around the country. The Ohio Department of Public Safety has produced and distributed literature that declares, “When extremists attack and kill in the name of jihad, mainstream Muslims consider such acts as a total deviation from the true religion of Islam.”

Homeland Security officials were signed up for a 2010 conference in which one topic was “Seeking a Counter-Reformation in Islam.” In 2004, an inspector general criticized the Bureau of Prisons because it failed to “examine the doctrinal beliefs of applicants for religious service positions to determine whether those beliefs are inconsistent with B.O.P. security policies.”

In each of these cases, counterterrorism has put officials on a collision course with Islamic thought and practice — and, perhaps more dangerously, with the Constitution. The First Amendment prohibits government action “respecting an establishment of religion.”

From a national security point of view, challenging ideas that underpin radical Islam makes sense. Counterterrorism is ultimately about ideas; why shouldn’t officials try to marginalize the theological teachings cited by violent terrorists?

The problem is that when American officials intervene in Islamic teachings — interpreting them to believers in a national-security context and saying which are or are not acceptable — they create tensions, both legal and strategic.

The strategic problem is easier to see: Is the government a credible authority on Islamic interpretation? Based on the results of comparable efforts in Britain, the answer is a resounding no. Simply put, young Muslim men in the thrall of radical teachings will not embrace a more pacific theology because the F.B.I. tells them to, any more than Catholic bishops would have yielded to Mr. Obama’s plan to mandate coverage of contraceptives at Catholic hospitals if he had invoked canon law to defend his position.

Then there’s the legal problem. Constitutionally speaking, a government official who sets out to determine what a contested concept within Islam means, or which imams have the right to speak for a particular community, would be in danger of transgressing one of the cardinal tenets of the Establishment Clause: the secular state shall not become an arbiter of religious content.

The framers of the First Amendment, who were intimately aware of the complex relationships among the British monarchy, the Church of England and dissenting churches within that realm, understood that a government might seek to control or co-opt a church.

If that concern seems hypothetical, it is because for a generation cases on the Establishment Clause that have reached the Supreme Court have focused not on state encroachments on religion but on religious encroachments on the state. (Think of prayer in classrooms, or religious monuments on public land.)

But whether the state might try to dominate religion itself — known in early political theory as Erastianism — was an important concern for Jefferson and Madison. And the Supreme Court reaffirmed this core dimension of the Establishment Clause last month when it unanimously recognized the validity of the so-called ministerial exception to federal anti-discrimination laws. The court held that denying a church the ability to fire a Lutheran minister — even on grounds that would have been deemed illegal in a lay workplace — amounted to allowing the state to control the church. Chief Justice John G. Roberts Jr. wrote, “By forbidding the ‘establishment of religion’ and guaranteeing the ‘free exercise thereof,’ the Religion Clauses ensured that the new Federal Government — unlike the English Crown — would have no role in filling ecclesiastical offices.”

While no one is suggesting that our government today is “filling ecclesiastical offices,” some of its strategies to undercut radical Islamic ideology are a step in that direction. Beyond playing the role of theologian through official pronouncements on contested concepts like jihad, the government inappropriately serves as a missionary when it looks to convert would-be radicals and backs up its efforts with taxpayer-financed outreach.

Those programs go well beyond the government’s clear legal authority to address concrete threats to public safety; they put secular officials in the dubious enterprise of trying to shape the beliefs of American Muslims.

If I am right that the government is increasingly in danger of establishing an “official Islam,” a project that is at best ill-fated if not illegal, are there any good alternatives? Fortunately, yes.

Countering radical religious ideology is on much more solid constitutional — and strategic — footing if the heavy lifting is done not by the government but by grass-roots organizations that are grounded in civil society or in religious communities. The government must not be heavily and directly involved.

The relationship between the national security imperative and a great religious civilization is inevitably fraught. Reconciling the two won’t be achieved by allowing officials to become more active in espousing theological alternatives to radical Islam — or in training law-enforcement and intelligence professionals with hateful caricatures of Islam. The government’s efforts ought to be guided instead by the wisdom of the First Amendment and the values that it enshrines.

Samuel J. Rascoff, director of intelligence analysis at the New York Police Department from 2006 to 2008, is an associate professor of law at New York University.