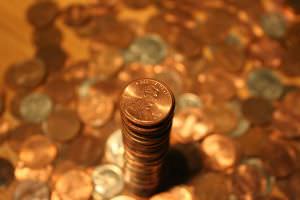 Islamic microfinance is becoming an increasingly popular mechanism for alleviating poverty, especially in developing countries around the world. The Islamic finance industry as a whole is expected to reach over $2 billion dollars in 2012 and is a continually growing sector due to its ethical principles and prohibition of riba (interest).

The concept of Islamic microfinance adheres to the principles of Islam and is a form of socially responsible investing. Investors who use their wealth for Islamic microfinance projects only involve themselves in halal projects which benefit the community at large. Such projects include zakat, which is charity based, or trade and industry projects to develop a country’s economy.

The mechanism of lending in Islamic microfinance differs from conventional microfinance due to the prohibition of riba. Unlike conventional microfinance, Islamic microfinance offers an interest-free way to give small loans to people who are poor and in need. One key method of lending is through the Islamic financial instrument, qard’l-hasan, which is a loan that has been extended by the lender on a goodwill basis and the borrower is only required to pay the exact amount borrowed without additional charges or interest. The Quran clearly encourages Muslims to provide qard’l-hasan, or benevolent loans, to “those who need them”:

At a time when poverty is still prevalent around the world, there is no better solution than opting for funding which can provide benefits to a poverty-stricken community and help to rebuild economies.

Islamic microfinance gives the investor a chance to get involved in worthwhile projects which could essentially play a significant role in targeting poverty and alleviating it in many countries around the world. Islamic microfinance primarily relies upon the provision of financial services to the poor or developing regions which are subject to certain conditions laid down by Islamic jurisprudence. It represents the merging of two growing sectors: microfinance and the Islamic finance industry.

It has the potential to not only be the solution for an increased demand to help the poor  but also to combine the Islamic socially responsible principles of caring for the less fortunate with microfinance’s ability to provide financial access to the poor.

Unleashing this potential could be the key to providing financial stability to millions of less privileged people who currently reject microfinance products that do not comply with Islamic law.

Abdul Latif Jameel Company Community Service Programmes (ALJCSP) in the Middle East has utilized Islamic microfinance applications such as qard’l-hasan in order to provide financial support and empower low income women in the UAE so that they can endeavor to improve their standard of living.

Zubair Mughal, Chief Executive Officer, AlHuda Centre of Islamic Banking, said in a statement that, “In the wake of the current financial crisis all around the globe, Islamic microfinance has gained even more importance due to its transparency and sustainability. Islamic microfinance becomes an effective tool for poverty alleviation.” (Micro Finance Africa).

While poverty in the Muslim world is widespread, Somalia is shouldering more than its fair share of the crisis. The famine which hit Somalia in July 2011 resulted in the worst food crisis that Africa has faced since 20 years. The United Nations had confirmed that famine does exist in two regions of southern Somalia, Southern Bakool and Lower Shabelle. Across the country, nearly half of the Somali population, which is currently 3.7 million people, is now experiencing a crisis of food, poverty, shelter and malnutrition.

However, if the population of Somalia had more access to financial services then they would be able to develop their economy and get it back on track. Unfortunately, the options of financial services for alleviating poverty in East Africa are either inadequate or exclusive.

Islamic microfinance has been an unprecedented way to combat poverty which may also provide the affected people of Somalia with a form of economic relief and provide a financial solution to developing countries worldwide.