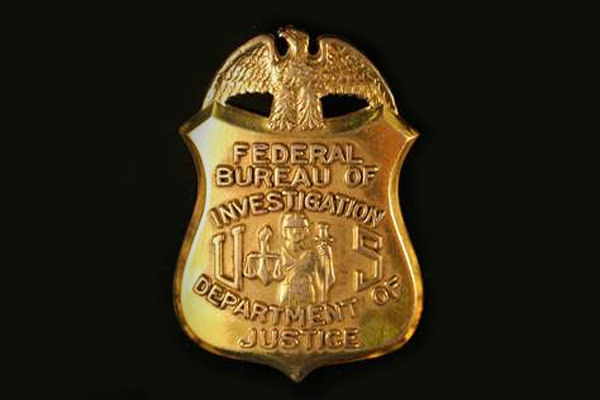 Written by Spencer Ackerman at Wired.com

An internal FBI investigation into its counterterrorism training has purged hundreds of bureau documents of instructional material about Muslims, some of which characterized them as prone to violence or terrorism.

The bureau disclosed initial findings from its months-long review during a meeting at FBI headquarters on Wednesday with several Arab and Muslim advocacy groups, attended by Director Robert Mueller. So far, the inquiry has uncovered and purged over 700 pages of documentation from approximately 300 presentations given to agents since 9/11 — some of which were similar to briefings published by Danger Room last year describing “mainstream” Muslims as “violent.” And more disclosures may be forthcoming, as the FBI continues its inquiry and responds to Freedom of Information Act requests for the documents themselves.

FBI spokesman Christopher Allen confirms to Danger Room that the bureau found some of the documents to be objectionable because they were inaccurate or over-broad, others because they were offensive. Allen explains that the documents represent “less than 1 percent” of over 160,000 documents reviewed by the inquiry, which was prompted by a Danger Room investigation in September. The FBI purged documents according to four criteria: “factual errors”; “poor taste”; employment of “stereotypes” about Arabs or Muslims; or presenting information that “lacked precision.”

Danger Room uncovered several such documents in the fall, including some instructing FBI counterterrorism agents that “mainstream” Muslims sympathized with terrorists; that the Prophet Mohammed was a “cult” leader; and that the more “devout” a Muslim was, the more likely he would be to commit a violent act. Some documents even purported to graph the correlation. The FBI initially said the instruction occurred “one time only.” But when Danger Room uncovered additional anti-Islam materials — in briefings that compared Islam to the Death Star; in books on the shelves of the FBI training library at Quantico; and in pages hosted on internal FBI websites — the bureau began an extensive internal review.

Salam al-Marayati, the executive director of the Muslim Public Affairs Council, attended the FBI meeting. He came away worried that the volume of anti-Muslim training documents hands al-Qaida an unnecessary win.

“People will report criminal activity to the authorities, that’s been proven time and again,” Marayati tells Danger Room. “But if we are giving propaganda to al-Qaida, resuscitating this dying ideology that al-Qaida is promoting, by continually exposing anti-Muslim propaganda published by the government, that undermines our pluralism, which is the best defense against any transnational ideological threat.”

Others think that the FBI can’t stop at purging internal documents. “It’s a bit hard to avoid the conclusion there isn’t a problem of culture in the [FBI] training division,” says Maya Berry, executive director of the Arab-American Institute, whose subordinates also attended the meeting. “It’s one that appears to have some built-in biases when it comes to the Arab-American and Muslim-American communities.” Allen declined to respond.

But the FBI isn’t finished. The bureau plans to publish a “touchstone document” in the coming weeks that explains its criteria to ensure new anti-Islam documents won’t enter counterterrorism training in the future. Similarly, the Justice Department plans on March 21 to release “Cultural Competency” guidelines for dealing with Arab and Muslim communities on counterterrorism, according to Xochitl Hinojosa, a department spokeswoman.

Several civil-rights advocates said they appreciated Mueller’s personal attention. The Wednesday meeting had been scheduled by the FBI’s public-affairs arm, whose deputy assistant director, Jeff Mazanec, briefed the groups for about 40 minutes before Mueller unexpectedly joined.

“Director Mueller acknowledged the seriousness of our concerns and expressed a commitment to maintaining contact with the inter-religious community,” says Rev. C. Welton Gaddy of the Interfaith Alliance, another attendee at the meeting. Mueller “seemed to understand the hurt and pain as well as the fear, engendered by the offensive, inappropriate and insensitive materials.”

But the worst may not have passed. Allen acknowledged that the internal review, assisted by the Army’s counterterrorism specialists at West Point, hasn’t yet concluded. Several additional organizations have filed Freedom of Information Act requests for the specific offending documents; attendees came away with the impression that their disclosure will be ugly.

The White House ordered a government-wide review of counterterrorism training late last year. A Pentagon document responding to the order cited Danger Room’s series as an impetus for the effort.

Berry says she could “see the seriousness with which [the FBI] has approached this.” But she calls the problem a “systemic” one, with urgent implications for U.S. domestic counterterrorism — a concern voiced by Attorney General Eric Holder as well.

“They’ve never owned this problem. It’s not a problem of outside contractors,” she tells Danger Room. “They’re producing these kind of documents that inhibit our counterterrorism efforts. We need our communities engaged, and these have done nothing but alienate us.”