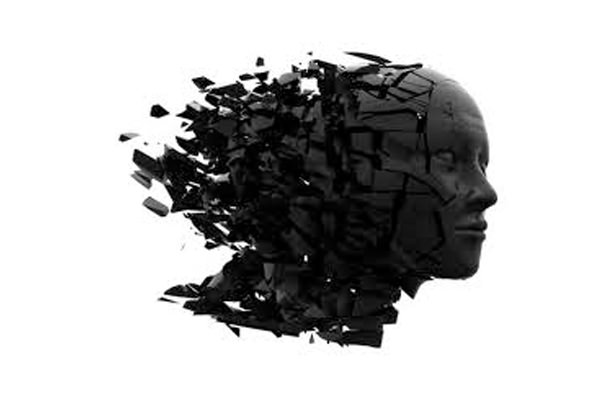 The Effects of Domestic Violence

As Huda slowly gained consciousness on the floor, she became aware of her surroundings. She felt the cold tile beneath her and the taste of blood in her mouth.  The thundering sound of her husband, yelling and cursing at her, became disturbingly clear and his menacing image slowly came into focus.  Fear filled her heart that he may strike again. Her trembling body felt so weak, helpless, and vulnerable.  He ruthlessly kicked her in her gut one last, fatal blow.  Huda was pronounced dead later that evening along with her baby girl who had survived 6 months of brutality in the womb.

There are millions of desperate women like Huda who live their lives in constant terror, feeling trapped and unworthy of love.   Many of them suffer silently, too immobilized by fear and too consumed with shame to expose their husbands.

Domestic violence affects the psychological and emotional well-being of a woman the way a tsunami brings colossal destruction and unparalleled devastation to a metropolitan city. The unpredictability and dangerous nature of men who abuse their wives create terror, anxiety, and depression in women, the way a storm indiscriminately destroys without warning; leaving inhabitants in a state of shock and constant fear.  The deep, emotional scars last much longer than the superficial bruises and broken bones that usually demand our attention and provoke our sympathy. The emotional debris will take years to completely be cleared causing emotional bankruptcy and vulnerability which can lead to suicide.  The ferocious waves of violence cause a series of long-lasting, psychological damages:

Depression
Domestic violence floods women with feelings of sadness, hopelessness, and despair which generally lead to depression. 60% of battered women reported having depression which is the most common symptom of domestic violence.3  Depression is a mood disorder in which feelings of sadness, loss, anger, or frustration interfere with everyday life for weeks or longer.  Sadness affects every aspect of life: thoughts, feelings, sleeping, eating, physical health, relationships, and the ability to function at work.  When victims experience interpersonal violence from a spouse or family member, they are at high risk for mental and emotional illnesses. There is a strong feeling of abandonment, betrayal, and instability when they are abused by someone who should be protecting and nurturing them.

Although it is natural to feel sad when faced with difficult tests, as a believer it is critical to understand that there is wisdom in everything that happens.  Understanding and accepting divine destiny does not mean tolerating abuse by any means.  It simply means that life is filled with tests and that trust needs to be placed in Allah while searching for the right solutions.

It was narrated by Suhayb that the Messenger of Allah (peace and blessings of Allaah be upon him) said: “How amazing is the condition of the believer, for all his affairs are good. If something good happens to him, he gives thanks for it and he is rewarded; if something bad happens to him, he bears it with patience, and he is also awarded.”  Narrated by Muslim (2999).

Post Traumatic Stress Disorder (PTSD)
After the devastation of domestic violence, most women experience the aftershock of abuse: Post Traumatic Stress Disorder (PTSD). PTSD is a type of anxiety disorder which can occur after you’ve seen or experienced a traumatic event that involved the threat of injury or death. It is very common for victims of domestic violence to continue to fear their spouse even if they have separated.  PTSD is characterized by symptoms such as flashbacks, intrusive imagery, nightmares, anxiety, emotional numbing, insomnia, hyper-vigilance and avoidance of traumatic triggers.  There are many factors that affect the intensity of PTSD:  severity of the violence, the duration of exposure, early-age onset and the victim’s cognitive assessment of the violence (perceived degree of threat, predictability, and control-ability).

The way to cope with any form of anxiety is turning to Allah and trusting His plan while striving hard to overcome the fear.

The Prophet (peace and blessings of Allah be upon him) said: “No exhaustion, pain, anxiety, grief, harm or distress befalls a Muslim, not even a thorn that pricks him, but Allah will expiate some of his sins with them.” Narrated by al-Bukhaari (5318) and Muslim (2573).

Anxiety
Fear and anxiety consume a victim of domestic violence the way a tidal wave engulfs a city.  The fear lingers in a woman’s psyche long after the abuse has taken place.  This anxiety can prevent her from concentrating, falling asleep and performing at home or work.  Paranoia and inability to trust others are the most frequent traits of the victims of domestic violence.  25 million Americans suffer from anxiety disorders which are the most common of emotional disorders. Some of the symptoms may include:

The most beloved people, the prophets, were tested the most.  It is essential to keep the stories of the prophets in mind and recall that instead of feeling anxious when faced with a threat, oppression, and harm, they put their trust in Allah.

We will test you with a certain amount of fear and hunger and loss of wealth and life and fruits.  But give good news to the steadfast (Surat al-Baqara, 155)

Low Self-Esteem
Verbal and emotional abuse are like earthquakes that brutally shake the foundation of a woman’s self-esteem.  They shatter her self-confidence, tear down her sense of security and destroy her self-respect.  Each degrading remark, criticism, and profanity is like a bulldozer that vehemently annihilates her sense of self-worth.  The deep, emotional, and psychological scars that are burned into her heart from the cursing, name-calling, and humiliation will disable her from achieving her potentials, nurturing her children, and attaining peace. She becomes so crippled emotionally that it is next to impossible to leave.

Suicidal
Like the victims of natural disasters that discover they have nothing left to live for, victims of domestic violence feel so overwhelmed with grief and hopelessness that many attempt suicide.  The feeling of helplessness and hopelessness that many victims fall prey to has a profoundly undermining effect on their mental and emotional well-being.4 Many times these women simply give up on life and they experience learned helplessness where they lose the will to live.  Here are some of the signs of suicide contemplation:

If you think a friend or family member is considering suicide, express your concern and seek professional help immediately. Talking openly about suicidal thoughts and feelings can save a life.6

See Suicide Prevention: Signs of Suicide and How to Help a Suicidal Person.

The problems and difficulties that people endure are known and for a temporary period of time.  Compare that to being faced with the unknown punishment in the hereafter for committing suicide for all eternity.

O you who have believed, do not consume one another’s wealth unjustly but only [in lawful] business by mutual consent. And do not kill yourselves [or one another]. Indeed, Allah is to you ever Merciful. 4:29

After a psychological tsunami that ruthlessly destroys feelings of self-worth and security, there needs to be massive action taken to recover from the lasting damages.  The first step is to clean up the emotional debris and the shattered feelings. Time and money need to be invested to reestablish self-worth.  If the amount of damage is overwhelming, seek the support and guidance of professionals to overcome the devastation.   Next, focused effort needs to be put into rebuilding self-esteem.  By not internalizing the negative, destructive comments of others and reconfirming all positive traits, self-respect and dignity will be rebuilt.  Trust in the self and in others will be essential in creating a strong foundation for developing lasting relationships.  Perhaps the most important aspect of recovery is to gain hope in the future.  Once the fire of hope is ignited it will shine so brightly and provide the necessary motivation to overcome all obstacles and to help others facing the same challenges.

If you or someone you know is a VICTIM of abuse know:

Narrated Abu Ma’bad, that the Prophet said, “… and be afraid of the supplication of an oppressed person because there is no screen between his invocation and Allah.” Sahih Bukhari: Volume 2, Book 24, Number 573.

If you or someone you know is the ABUSER:

In Islam,  Prophet Mohammad (peace and prayer upon him) taught us to live with impeccable character and to treat our spouse with kindness, compassion and understanding. He said  that the best man is he who is best to his wife. We should all aspire to live by his exceptional example.

Unspoken for: The Unheard Victims of Domestic Violence Part 1

Domestic Violence Series: Protecting Yourself from a Violent or Abusive Spouse

Haleh Banani holds a Master's degree in Clinical Psychology. A faith-based counselor, life coach, and mental health professional who has served the community since 1998 by saving hundreds of marriages and helping thousands of people around the world overcome their challenges and become the most amazing version of themselves. The host of "With Haleh" on Al-Fajr TV and was a featured expert on Al-Jazeera international and other media outlets. She is an international speaker and writer. https://halehbanani.com