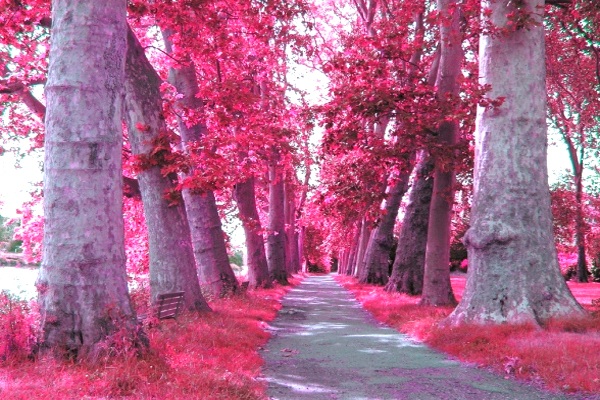 “Verily, Allah is more delighted with the repentance of His slave than a person who lost his camel in a desert land and then finds it (unexpectedly)”.[Al-Bukhari and Muslim].

In another version of Muslim, he said:

“Verily, Allah is more pleased with the repentance of His slave than a person who has his camel in a waterless desert carrying his provision of food and drink and it is lost. He, having lost all hopes (to get that back), lies down in shade and is disappointed about his camel; when all of a sudden he finds that camel standing before him. He takes hold of its reins and then out of boundless joy blurts out: ‘O Allah, You are my slave and I am Your Rubb’.He commits this mistake out of extreme joy.”


Shaykh Ibn Uthaymeen said in his explanation of this ḥadīth:

Then suddenly, in this state of hopelessness, he finds his camel right in front of him, its reins attached to the same tree he slept beneath.

What is comparable to such happiness? No one can truly relate to such joy except one who was in the same situation.  Indeed, it is great joy; joy of life after death. For this reason he took hold of its reins and cried, “’O Allah, You are my slave and I am Your Rabb!’”  He wanted to praise Allah saying: ‘O Allah, You are my Lord and I am Your Slave’,  but due to his extreme joy, he made a mistakenly switched it around.

From the Benefits of this ḥadīth: is evidence of Allah’s – azza wa jal – happiness with the repentance of His slave to Him, and that He – subḥānahu wa ta‘āla – loves this deed greatly. But this is not due to His need for our deeds and repentance, for Allah is Free of needs from us, rather this is due to Allah’s love for Generosity, for He, subhanahu wata’ala, loves to Pardon and Forgive. This is more beloved to Him than taking retribution and imposing blame. For this reason, Allah loves the repentance of the slave. So in this ḥadīth, there is encouragement towards repentance, due to Allah’s love for it and the benefit it holds for the slave.

From the lessons of this ḥadīth is affirmation (of the attribute) of ‘happiness’ to Allah ‘azza wa jal. For He, subḥānahu wa ta‘āla, becomes Pleased, Angry, Hates and Loves. But these attributes are unlike our own, because Allah says,

So, this ‘happiness’ is befitting to His Might and Majesty and does not resemble the joy of the creation.

In this ḥadīth, there is also evidence that if a person’s tongue slips and they say a certain statement mistakenly, even if it is in essence (a statement of)  kufr (disbelief), then they are not held accountable for it. In the case of this man (in the hadith), his statement was one of disbelief. This is because, a person saying to his Lord, ‘You are my slave and I am you Lord’; this is undoubtedly a statement of disbelief. But when it was uttered mistakenly – under circumstances of extreme joy – then he was not held accountable for it. So if a person makes a mistake regarding a word or statement of disbelief, then he is not accounted for it. Similar is the case for other words or statement, such as if he unintentionally cursed someone or mistakenly freed his slave. All of this does not make him accountable for anything, because he did not intend it. It becomes similar, in such a case, to the unintentional oath (al-laghw fil yameen). Allah ta‘āla said:

This is different from the case of the mocker, who becomes a disbeliever if he says a statement of disbelief, even if he was mocking. This is due to what Allah says,

“And if you ask them, they will surely say, “We were only conversing and playing.” Say, “Is it Allah and His verses and His Messenger that you were mocking?”
Make no excuse; you have disbelieved after your belief.” ( Sūrat’l-Tawbah 9:65, 66).

This is because the scoffer meant what he said, and meant it’s meaning, but said it in the form of mockery and ridicule. For this reason, he became a disbeliever. This is contrary to the case of one who did not intend it, thus making his statement not considered as anything.

This is from the Mercy of Allah –‘azza wa jal ¬– and Allah is the source of success.