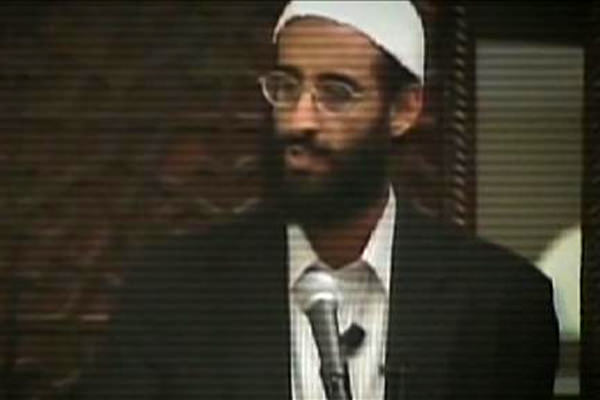 [Note: This Op Ed was also published in the International Herald Tribune]

Yasir Qadhi, an American Muslim cleric, is a doctoral candidate in the Department of Religious Studies at Yale. He blogs at muslimmatters.org.

ANWAR AL-AWLAKI, the Yemeni-American cleric who was killed Friday in a C.I.A. drone attack in Yemen, appears to be the first United States citizen that our government has publicly targeted for assassination.

The accusations against him were very serious, but as a citizen, he deserved a fair trial and the chance to face his accusers in a court of law. Whether he deserved any punishment for his speech was a decision that a jury should have made, not the executive branch of our government. The killing of this American citizen is not only unconstitutional, but hypocritical and counterproductive.

The assassination is unconstitutional because the Fifth Amendment specifies that no person may “be deprived of life, liberty, or property, without due process of law.” A group of policy makers unilaterally deciding that a particular citizen needs to be targeted is, by no stretch of the imagination, due process.

The assassination is hypocritical because America routinely criticizes (and justifiably so) such extrajudicial assassinations when they occur at the hands of another government. We most certainly don’t approve the regimes of Syria or Iran eliminating those whom they deem to be traitors. In fact, Al Qaeda’s own justifications for murder stem from the notion that its members are qualified to be the judge, jury and executioner of those whom they view as enemies. America’s moral authority is undermined if we criticize in others what we do ourselves. It only reinforces the stereotype that the United States has very little concern for its own principles. Even Nazi war criminals got their day in court, at Nuremburg.

It is ironic to note that those who have actually attempted terrorist attacks on American soil and been caught were read their Miranda rights and went to trial, even though some were not United States citizens. Yet Mr. Awlaki, who has never been accused of himself directly attempting an attack, was not given this chance.

Lastly, the assassination is counterproductive because it feeds into the martyr mythology that makes Al Qaeda’s narrative so different from that of most other terrorist groups.

If our policy makers studied history, they would realize that Sayyid Qutb, a founder of radical Islam, while popular in his life, only achieved his legendary status after the Nasser regime in Egypt had him executed, in 1966. Instantly, his books became (and remain) best sellers. Killing people doesn’t make their ideas go away.

Mr. Awlaki was born in New Mexico in 1971 while his father was pursuing graduate studies. Though his parents returned to Yemen when he was seven, he later returned to the United States to pursue degrees in engineering and education. Eventually, he became an imam, or leader, of a mosque in California and later in Virginia. During these years, it is alleged that he met multiple times with at least three of the 9/11 hijackers. But for many American Muslims, he was only known for one thing: the telling of stories from the Koran. He lectured about the lives of the prophets of God, drawing from traditional Islamic sources (and sometimes even Biblical ones).

His captivating lecture style and copious quotations from classical sources made him extremely popular, especially among American Muslim youth. During these pre-9/11 years, these lectures, still available online, became some of the hottest-selling items at some Islamic conferences across America. At this stage, he was not publicly associated with any radical views. However, after 9/11, he adopted a more adversarial and anti-American tone, eventually moving back to Yemen. He was jailed for two years (and rumored to have been tortured).

It was only after his release that he publicly began supporting Al Qaeda and issuing messages calling for attacks upon the United States. It was alleged that he came into contact with or inspired a number of people to attempt terrorist activities: Maj. Nidal Malik Hasan, the Army psychiatrist accused in the 2009 killings in Fort Hood, Tex.; Umar Farouk Abdulmuttalib, accused of trying to set off a bomb hidden in his underwear on a 2009 flight to Detroit; and Faisal Shahzad, who tried to blow up a car in Times Square last year.

Mr. Awlaki’s ideas were dangerous. His message that one cannot be a good Muslim and an American at the same time was insulting to nearly all American Muslims. His views about the permissibility of killing Americans indiscriminately were completely at odds with those of mainstream Muslim clerics around the world. He needed to be refuted. And that is why many people, myself included, were extremely vocal in doing just that.

Mr. Awlaki needed to be challenged, not assassinated. By killing him, America has once again blurred the lines between its own tactics and the tactics of its enemies. In silencing Mr. Awlaki’s voice, not only did America fail to live up to its ideals, but it gave Mr. Awlaki’s dangerous message a life and power of its own. And these two facts make the job of refuting that message now even more difficult.