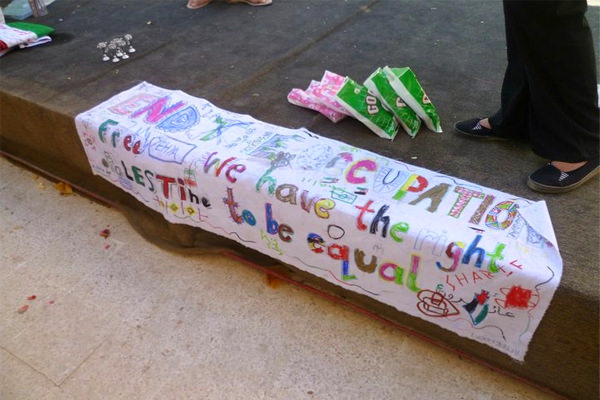 Cross-posted with permission from the summerthis blog.

I have chanted “In our thousands, in our millions…We are all Palestinians!” at various demos in the UK, and at that time I meant it. You feel close to the millions of people displaced, oppressed and denied their rights and humanity because of simply being Palestinian and you want to speak out for them. But… I am not Palestinian.

It is the sentimentality and flowery language around the Pro Palestine stance – the constant: “we want to help”, “we came to help”, “we can change things for you” and “we love Palestine like you do” – that has started to bother me since I first went to Lebanon to volunteer in the Palestinian refugee camps in 2008.

I have been to the camps three times now and each time I am more and more amazed by the strength, spirit and kindness of the Palestinians. I also have had to check my own privilege and motivations. I have to stop myself from getting that ‘I’m doing something for Palestine’ attitude because ultimately it serves no one. I do think I am doing something for Palestine and her people – but it is the least I can do, and if I could do more I would. At no point should I think I deserve any kudos or pats on the back for it. At no point should I think I am making some huge difference and put myself at the center of their cause and their feelings.

At no point can I make it my struggle. The struggle is that of those that live it everyday, whether they are in Gaza, The West Bank, Beddawi Camp, or Sweden. I will never know what it is like to be Palestinian – to have over 63 years of being ignored, mistreated and maligned. I shouldn’t try to speak for them, tell them what to think or make assumptions and generalisations about their lives.

In Beddawi Camp you speak to people with various stories and thoughts on their plight and their homeland. Each one moves you, each one makes you respect them more and wish Beddawi Camp didn’t exist (even if you yourself are a little in love with it). Not all of these fit what we have come to expect – not everyone wants to go back to Palestine, some people are angry and others are just concerned for their futures… it is everything and it is complex. But for many, Palestine is a cause célèbre, and they don’t question why they support it without really knowing the facts, history and what it means to be a Palestinian refugee.

Many Muslims see it as a religious struggle, keeping the Holy Land safe – and whilst that has its place, it is also insulting to the Palestinians that we only care because we have a stake in the land, and their plight in Lebanon often goes unnoticed because they are not in Jerusalem or Hebron. Many people I have spoken to did not even know there were refugee camps in Lebanon or what the refugees have been through in Lebanon’s tumultuous political history.

That the Palestinians in Lebanon suffer from discrimination, are denied human rights and live insecure lives is something many people are unaware of. I have been told, each time that I have been to the camps that Palestinians in Lebanon are in a worse situation than those in the Occupied Palestinian Territories. I would have to agree. In Beddawi they are 165km from the Palestinian border (as it clearly says at the entrance to the camp), but in reality that distance is so much greater.

Two of the most amazing men I have ever met were both arrested and then taken to Israel to be imprisoned. They both said they were grateful to the Israelis because they got to set foot on their homeland.

This summer I met an amazing woman who told us she was originally from Tel a Zaater. A camp that was besieged, and a horrendous massacre occurred, worse than that of Sabra and Chatila.

We met people from Nahr el Bared, and even visited the camp. It had been razed by the Lebanese army in 2007. Many of its residents left homeless, traumatised or worse.

These are situations no amount of attending demos, wearing kuffiyehs, or chanting ‘Free, Free Palestine’ will make you truly understand.

The Palestinians do not need outsiders to save them – they are strong and resilient and their mere existence is an act of resistance. They also don’t need people telling them how to be Palestinian – and this tends to happen with many people who take on a cause of the marginalized. Palestinians have been excluded from issues related to their struggle and future and they have had to fight to be listened to. 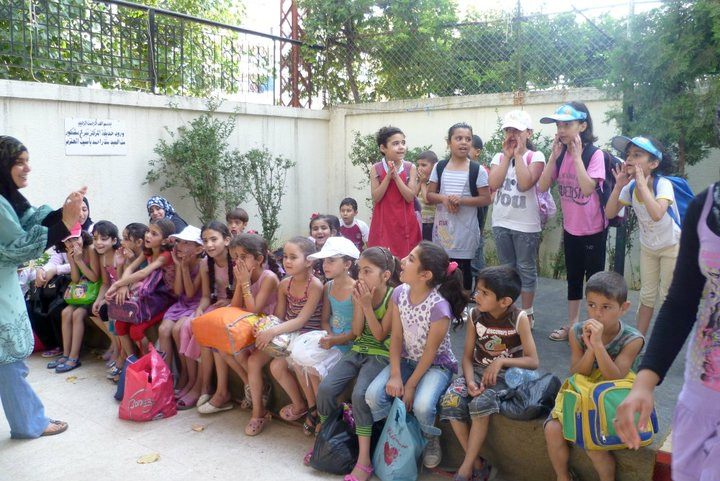 Appropriating someone else’s cause and telling them how they should feel is what the privileged do. I can get emotional and feel sad about the situation in the camps but I can come home to reliable electricity, clean streets and no threat of war with Israel or the Lebanese army invading my home. For the residents of Beddawi or Rashdieh Camp, that is not the case.

Palestinians in Lebanon can’t own property, university is difficult to get into, they are barred from over 70 public sector jobs; they live in less than adequate housing, poverty is a huge issue – it adds up. They are also often blamed for the Lebanese civil war and the Israeli Invasion. Their presence is a problem and they are made to feel it. Palestine is important because it represents hope and not being non-persons, that can be discarded and mistreated.

Many people we met were refugees not once, but two or three times over. Palestinians kicked out of Iraq and made to move to Lebanon, those fleeing from Nahr el Bared and still unable to return to their homes there.

Palestine is the idea of somewhere safe because as refugees their lives are characterised by insecurity.

But us non-Palestinians focus on the idea more than the people. The situation of people in Gaza and the West Bank is dire, but it often gets romanticised whilst the refugees of Lebanon, Syria, Jordan and Iraq are ignored. There needs to be more focus on the refugees in Lebanon, people need to know what they have been through, what Lebanon has been through. I know many people travel to the West Bank to volunteer or be activists – far less choose Lebanon.

Palestinian experiences of the conflict are not all the same – their struggle is coloured differently. The Dome of the Rock may be a key symbol of the conflict, but so is Handala holding the key.

And what is the point of my little ramble? It is mostly a reminder to myself and those of us who are part of the pro Palestine movement – don’t become self congratulatory creeps; remember who you are chanting for. It is also a request to everyone who supports the Palestinians – please learn more about the refugees of Lebanon. To not know their experiences is to know nothing about Palestine. 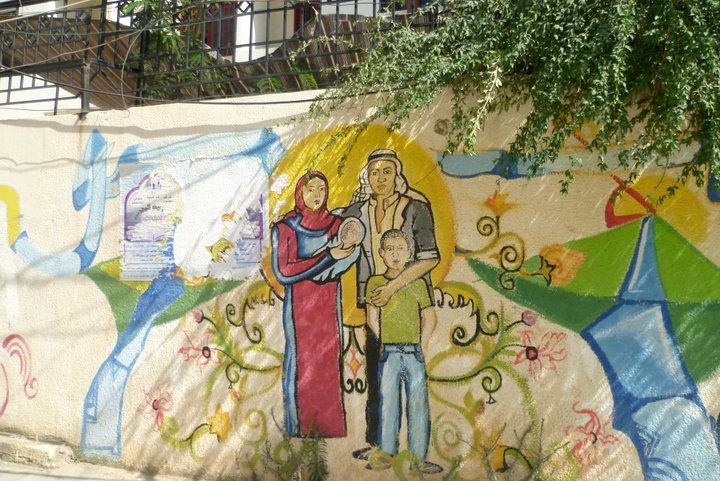 More about the author: Sumi Khan has an MSc in Violence, Conflict and Development, with a focus on women in the Palestinian conflict. She has volunteered with Unipal for three summer programmes as a teacher, and then as a coordinator. Unipal is a registered British Charity that has sent 600 volunteers to teach English in the refugee camps of West Bank, Gaza and Lebanon since 1972. It aims to promote cultural and educational exchange with Palestinian refugees. The charity is entirely volunteer led; more information can be found on their website: www.unipal.org.uk.