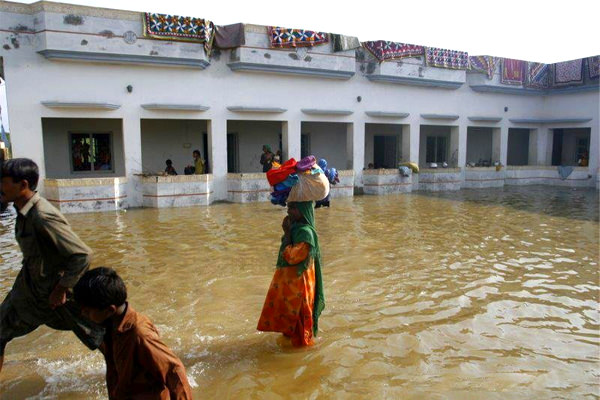 The floods that hit Pakistan in 2010 were the worst in the history of the country, submerging nearly a fifth of the country under water, affecting 20 million people, rendering over 400,000 homeless, killing around 2000 people, and ruining over 1.6 million acres of crops!

Relief agencies and private individuals in Pakistan and all over the world scrambled to provide aid to the affected. Newspapers were filled with photographs of the flood and its hapless victims, prompting people to do more.

Snap back one year later to the present, as the citizens had yet to return to some sense of normalcy, putting behind the haunting memories of the past year, the skies opened up again and the province of Sindh, specifically the central part of it (in the areas of Thatta, Badin, Tando Muhammad Khan, Tando Allahyar, Mirpurkhas, Tharparkar and Benazirabad) started being deluged once again. As rains continue the area being affected has widened. The Eid that got washed away

How may I help?

The Eid that got washed away

As Muslims world over celebrated the end of Ramadan with a festive Eid celebration and buffets of food, the citizens of these areas left their homes and watched their belongings drown as the skies continued to pour torrents on them. Unfortunately, for them though, the world took time to wake up to their plight.

The ineffective and red-tape ridden government, as usual, was slow to respond and like the year before the responsibility for welfare and support of the affected was left to relief efforts by private agencies and individuals as had been the case the year before.

In the second half of Ramadan, I was contacted by fellow Bloggers Dr Awab Alvi and Faisal Kapadia asking for me to join in the fund raising efforts to support the people of Badin and surrounding areas where the rains had already started to cause damage. Members of PkRelief (a joint effort of Offroad Pakistan and SA Relief) had once again sprung into action and were gearing up for relief efforts. The initial plan was to adopt 3 camps in Badin with the support of Nishat Welfare Organization, an NGO already working in the area, to feed and house 1000 IDPs (internally displaced persons) and to eventually rehabilitate them once they move back after the rains. While the initial response to fund requests was great, as the scope of this disaster grows, the requirement for funds has grown huge. As the scale of this calamity grows, the response from the world and the news organization is slowly increasing.

The United Nations has launched an appeal to raise USD 357 million to provide food, water, sanitation services, healthcare and emergency shelter to the worst-hit families for six months.

The following documentary made by the team of PkRelief during their post-Eid trip to the affected area shows the devastation, the situation on the ground, and the efforts of the PkRelief team.

While the documentary is in English, the testimonials are in Sindhi and Urdu. The first man in the line is being asked how many times a day they are fed. He responds twice a day but no medicines. He says there is no government presence. The second man in the village of Khoski says his Eid salat was performed in the rain. He works in the sugar mill on a salary of Rs 6000 (less than USD 70) per month. In addition, his family had crops on 5 acres of land which was completely wiped out. People who come from other areas are sitting on the sides of the road, their houses destroyed. There is no presence of any government, or the local landlords nor is there much presence of big name NGOs. Says most of them distribute in Badin and leave and never reach Khoski. He praises the Falah-i-Insaniyat Foundation (the welfare arm of the militant Lashkar-e-Tayyiba) which is the only organization actively working in Khoski at the moment ( incidentally FIF or Jamat-ud-Dawa as it was known earlier was prominent in the rescue efforts during the Earthquake in 2005, the Swat IDP crisis and last year’s floods).

The pictures have been provided by Faisal Kapadia and Fursid Photography. 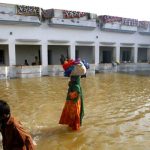 “I worked in the Bhong region last year and my team managed 07 camps and treated about 41000 patients but conditions here are 100 times worse.”

Based on last year’s experience Faraz gave a list of necssary medicines that would be required to carry out the relief efforts.

How may I help?

Funds are being collected by Paksef (Pakistan Science and Engineering Foundation) which is a 501(c)(3) tax-deductible non-profit Corporation in California. SA Relief operates under Paksef.

Local Pakistan residents can donate via our local Bank:

You can also deposit donations directly to our account:

For those making payments from abroad:

BAHLPKKAKHI for ultimate credit to

Note: Please send an email to rotarykhi@gmail.com with the donation details so we may check with the bank and send you a receipt / accounts / pictures for your record. We can also provide you a Certificate for Income Tax exemption for use in Pakistan.

For those sending remittances from abroad please send to

Stand Up & Take Action for Syria

Update: Save the Date 9/24 | Censored Art by Children of Palestine | Tell Museum of Children’s Art (MOCHA) to hold show in Oakland

All That Is In The Heavens [Part 10]: Danger Level Nine