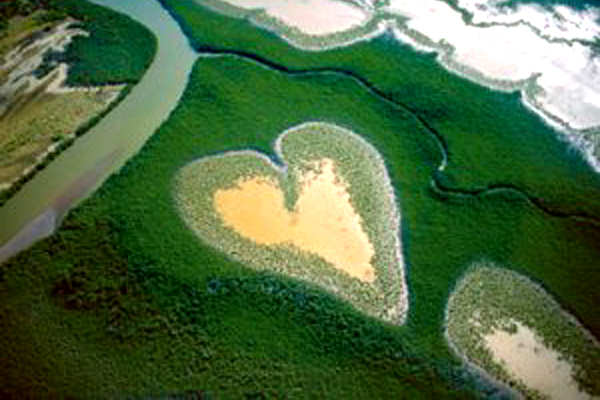 We came to the US to study, met our husbands in college, and got married. I wish that was all there was to our love stories but…

Upon marriage I was asked to give up citizenship of my country of birth. I take loyalty very seriously; my family had made great sacrifices for Pakistani citizenship. In 1947, my grandparents crossed over from Kashmir, India, on foot with two babies and lived in an open-air refugee camp for months. They witnessed families being slaughtered and gave up their land in pursuit of a new home, one with freedom of religion. It was a hard decision. I had my immigration papers for many years but waited until in my heart I could honestly take the oath.

What prompted me to make this decision was that I found my faith in America. Raised a Muslim, I did not really practice Islam. Many of us, who grew up in luxury in Pakistan, took our religion for granted.

With the advent of the Internet, dīn wasn’t sequestered for a chosen few, it was accessible to everyone.

Shedding my cultural baggage, I appreciated the multiculturalism of the US, the equality of sexes, the spirit of standing up for what is right, the dignity of labor and the Constitution that mirrored the reading of the Sharī‘ah I was learning. I reflected on the words of the Qurʾān when Allah (subḥānahu wa ta‘āla) says,

Did it matter where I worship Him? I still ache for the tikka stops and old bookshops of Lahore, but it was in America where I saw my core values as a Muslim being practiced. There is honesty in dealings, tolerance, I am free to pray in public; despite a few nut jobs who oppose the building of Islamic centers, new masājid are being built every day.  I owe this understanding to the Islamic scholars in the US who have taught me that being American and Muslim is not a dichotomy. I owe this to my neighbors who have loved me, knowing that we call on the same God by different names, serving Him when we fast for Lent, Yom Kippur or Ramaḍān. I became an American.

The difference is that one notorious day. Every time, I am asked to speak on Muslim issues to non-Muslims, whether the topic is education or women’s rights, someone in the audience always brings up the ‘9/11?’ question.

No one can forget the apocalyptic scenes.  My brother-in-law watched the horrific footage of the World Trade Center over and over again for months after 9/11. He had a meeting scheduled in the Twin Towers that morning, circled in red ink in his Franklin Covey planner. He survived because he had left his job at JP Morgan on September 5, 2001. Upon hearing the news of the plane hitting the Pentagon, our thoughts were with Anwar Uncle, who worked there, a bear of a man who made my first ‘Īd in this country less lonely with stories of his time in US Air Force.

Everyone warned me not to venture out of the house wearing a headscarf. After a while, needing necessities, I went to the grocery store where I met another ḥijābi and we hugged. We were joined by other women, white, black, Asian, strangers in an embrace, weeping in the cereal aisle. This was community, variegated yet converging in our pain, forgetting any differences.

Rahma Salie was my first friend in college; we began our journey back to Islam together. She and her husband, Micky, and their unborn baby died on 9/11; they were Muslim. Micky was raised as a Greek Orthodox Christian but he accepted  Islam after meeting Rahma. Please make du‘ā’ for all three of them.

The last time I saw her was on Newbury Street in Boston, where her parents now run a café. We introduced our fiancées to each other, giddy in each other’s happiness.  She must have been glowing and happy when she boarded that American Flight 11; she was going to attend a friend’s wedding in Los Angeles. Rahma would not have wanted to be remembered as a victim; she was a positive, powerful woman. She used her talents to make her adopted country a better place to live. Her friends still miss her and mourn her, and many gathered together last weekend at the college campus where Rahma spent 4 years of her life. The lesson I learned from 9/11: never take a day for granted, for life is very fragile and very short.

As Afkham Salie, her brother, said at a memorial

“9/11 had nothing to do with Islam, to me those men were not Muslim, they may have thought themselves as such but their actions were not of those who are true believers… but please also help make this a better world for those who are different, who may be of a different faith, race, culture, nobody I knew did this better than my sister, Rahma, and her husband Micky. If today reminds you to extend the same generosity to others of diverse backgrounds and faiths then the terrible events ten years ago, which cost Rahma, Micky and thousands of others, their lives will at least have brought some positive benefits.”

9/11 stole my friend, awakened American Muslims from their stupor, and left us on the defensive. Maybe Allah thought Muslims weren’t doing enough for this land that He blessed us with. This was an opportunity to get out of our Muslim bubble and be a part of the American fabric. Muslims have become active: engaging in civics, in politics, taking care of the needy in their cities. Even the usual divides along Ṣūfi/Salafi lines are uniting for change.

See, ten years later, American Muslims are stuck between a rock and a hard place. We are called sellouts by Muslims overseas, when our government sends drones into Pakistan and elsewhere, killing innocent civilians including children every year and when “Made in the U.S.A.” is on the tear gas canisters used against the peaceful protesters across the Middle East and North Africa. We realize this, we are not blind to the faults of the U.S. government.

We know that many more lives were lost as a result of the wars that were fought as a reaction to 9/11. Those 3000 American lives were not more valuable than the hundreds of thousands that have died overseas. We mourn their lives, of those innocents killed overseas. However, Americans value their compatriots and one American dying means a lot to the average American. Pakistani and Iraqi, et al., expression about loss of lives of  brethren gets lost in the headlines. Every day we hear of carnage on the streets of cities, like Karachi; Muslims being killed by other Muslims because of differences in ethnicity or language, which dilutes the indignation.

And at home, I think regular Americans are ready to move beyond 9/11, to pick up the pieces of our broken hearts. Yet there is an industry of hate, which demonizes Muslims, not just radicals but Islam itself and they won’t let us. This hate factory includes a group of highly organized, well-funded individuals, who form a massive echo chamber referred to as “Fear Inc” in a new ground-breaking investigative report produced by the Center for American Progress (CAP).  I wrote about what anti-Muslim bigots like David Yerushalmi are doing with the money. This forces American Muslims to constantly wear our loyalty like a badge on our chests, condemning – forever condemning.

Despite these efforts to marginalize Muslims, my heart is filled with love for this land because He created it. My children see their faith practiced everyday.

I am proud to be an immigrant. We choose to be here. As is often quoted, home is not where your grandparents are buried but where your children are born and raised. My husband is a second generation American. My brother-in-law’s ancestors came to California as rice farmers 100 years ago. My friend Mary’s ancestors were indigenous Americans. We live with you, among you and love this land as a blessing from the Creator. We are Muslims and this is our home.

Home is where the heart is. Let us be home.

Hena Zuberi is a Pakistani-American Muslim, the Editor-in-Chief of MuslimMatters.org, and formerly a news producer on CNBC Asia and Telebiz. She attended Wellesley College in Massachusetts and the University of New Orleans.

My “Jewish Thoughts” by Lee Weismann: To the Heart of 9/11