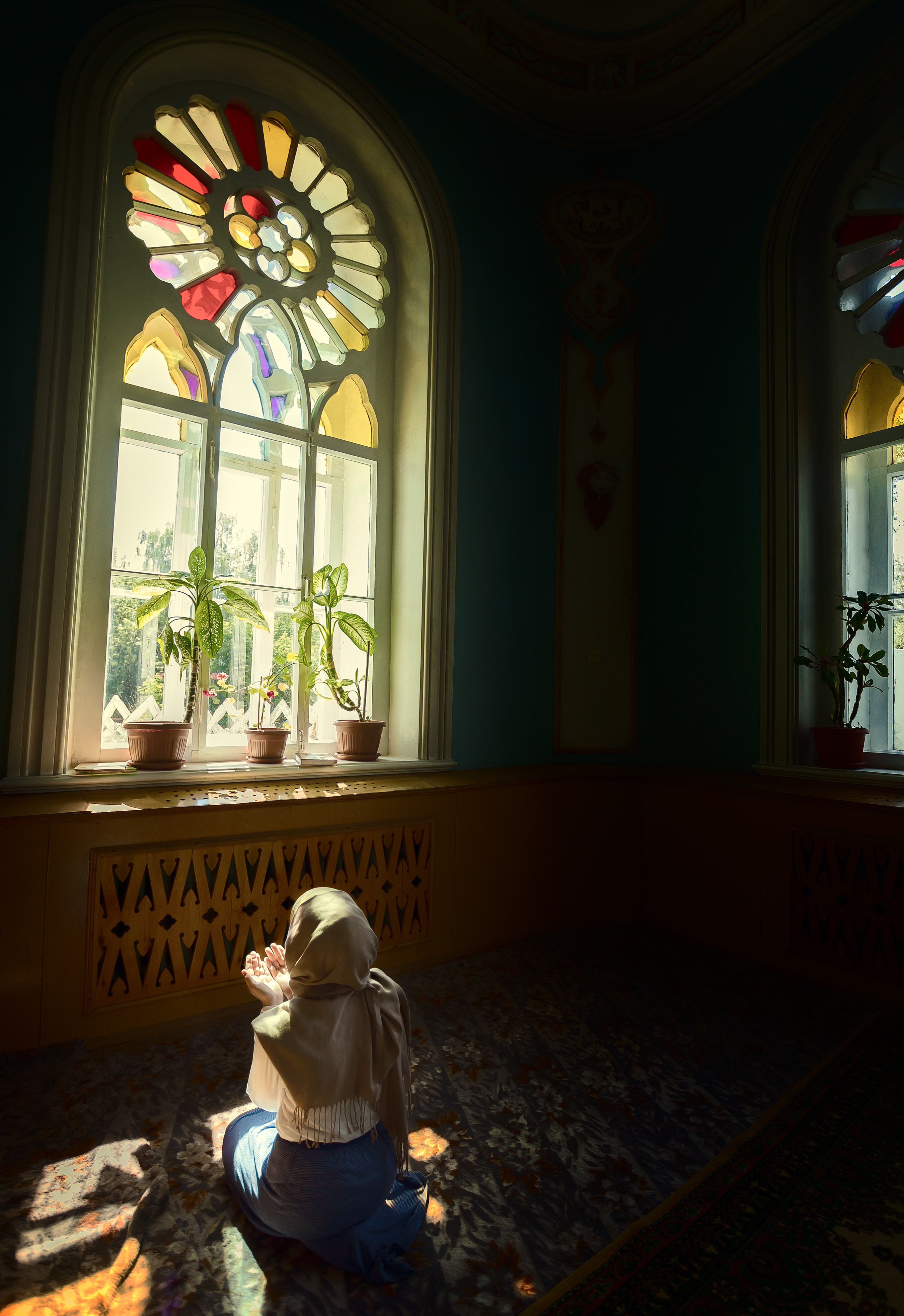 What qualities come to your mind when you think of a servant of Allah? In one of my favorite supplications, the Prophet ﷺ teaches us some of the characteristics of a real worshiper of Allah. This supplication is narrated in many books of hadith, of them: Musnad Imam Ahmad, ibn Majah and Abu Dawud. Ibn Abbass (ranhu) narrated that the Prophet (saw) used to supplicate:

O my Lord, make me deeply grateful to You, constantly remembering You, in great fear and awe of You, devoted to Your Obedience,  humble, penitent and ever-turning to You in repentance.

Shakkāran: From the root shakara, which was explained here linguistically.  This word is intensified, known as mubalaghah in the Arabic language. The word is on the structure of fa’āl, meaning someone who does something over and over, again and again. An example of this is the nickname given to Musaylimah, Al-Kath-thāb, not just someone who lies, but lies all the time. The Prophet (sal Allahu alayhi wa sallam) did not ask Allah to make him a shākir, someone who is thankful and grateful, but rather shakkāran, someone who is always thanking Allah on a regular basis.

Dhakkāran: From the root dhakara, or dhikr. Dhikr literally means a reminder or a mention. Again, this word is intensified on the structure of fa’āl, so not just someone who remembers Allah but someone who is always in the remembrance of Allah azza wa jal. Dhikr can refer to remembrances like saying “subhanAllah” (Glorified is Allah), or supplications, or prayer or any other act of worship.

Rahhāban: From the root rahb, rahb is a type of fear that makes you very alert, very careful and does not let you relax. This is the type of fear that students feel during exam time: restless, careful, and concern for passing. It is also fear that you are afraid that you will disappoint the one you love. The believers have both rahbah (fear) and raghbah (hope) in Allah azza wa jal. This word is on the structure of fa’āl, one who is very fearful of Allah subhanahu wa ta’ala.

Miṭwā’an: From the root ṭā’ah, which means obedience. From this root comes the meaning of obeying willingly, out of happiness and full acceptance of the command. This word is on the structure of mif’āl (mubalaghah) which means to do something so much that it becomes a habit. Miṭwā’an is someone who habitually obeys Allah subhanahu wa ta’ala.

Mukhbitan: From the root khabata, which literally means to  be hidden. When in reference to people, it means to have khushu’ (humility in the heart that manifests itself in the limbs). It is also means to have iṭmi’nān, to be in a complete state of satisfaction. When someone is mukhbit, they are humble to Allah and satisfied with Him.

Awwāhan: From the root awaha, which literally means to sigh – we still use this today when we say, “aaah”. It is used to describe when someone is sad or shocked. It is also used for someone who cries a lot due to a soft heart. In this duaa, it takes the meaning of someone is lowly, very humble, compassionate and soft-hearted. The structure of this word is fa’āl.

Munīban: From the word anāba, which literally means to return or turn back. Inābah is sometimes used interchangebly with tawbah, returning and repenting to Allah. Munīb is someone who continually turns back to Allah in repentance.

Always aim high when making duaa to Allah (subhanahu wa ta’ala). The Prophet (sal Allahu alayhi wa sallam) taught us here to ask Allah to make us the BEST slaves to Him, with the most beautiful qualities of a true believer. Don’t ask Allah to just make you “shaakir”, but ask Him to make you shakkara!

Let’s look at how these qualities appear in the Qur’an and Sunnah:

Dhakkāran: Whenever Allah subhanahu wa ta’ala mentions remembering Him in the Qur’an, it follows with “katheera”, a lot. The believer remembers Allah a lot. When we think of constant remembrance, it doesn’t mean that we are always making tasbih (saying subhanAllah) or always praying, but rather you can easily be in constant remembrance by learning and saying the supplications from the Sunnah for various actions. We have supplications for waking up, going to sleep, going to the bathroom, before praying, before eating, after eating, going up the stairs, traveling, and many more! Dhikr is the cleansing agent of the heart. The best dhikr is prayer, then reading Qur’an outside of prayer. Dhikr is one of the easiest deeds and it is one of the most rewarding. Allah subhanahu wa ta’ala tells us about someone who turns away from His Remembrance: “And whoever is blinded from remembrance of the Most Merciful – We appoint for him a devil, and he is to him a companion.” (43:36) When we leave the dhikr of Allah, we are exposed to the whispers of the Devil.

Rahhāban: Allah azza wa jal describes Zakariyah and his family (alayhim salaam): “(and they used to) supplicate to Us in hope and fear.” (21:90) Having the fear and awe of Allah subhanahu wa ta’ala helps us to worship Him better. When Allah subhanahu wa ta’ala reminds us of His Oneness, He says: “And Allah said (O mankind!): “Take not two gods in worship. Verily, Allah is the only One Deity. Then, fear Me (rahbah) much.” (16:51) Fear has somewhat of a negative connotation in our use of the word but when we talk about fear of Allah, it is a positive fear that leads to good deeds. How can we learn to fear and be in awe of Allah? By learning His Names and Attributes. Know that Allah subhanahu wa ta’ala is Al-Qahhar (The One who subdues His creation as He pleases), Al-‘Azeez (The Most Powerful and Honorable in His Might), Al-‘Adheem (The Magnificent).

People are different and reminders affect people differently. Some people are motivated by the Love of Allah, while others are pushed to action by the Fear of Allah. Allah azza wa jal says,

“And whoever is removed away from the Fire and admitted to Paradise, he indeed is successful.” (3:185) “Zuhziha” here means to be removed from something with force, and “adkhil” means made to enter. There are people who are pushed away forcefully from the fire and are made to be led to Paradise by the fear of Allah and through His continual forgiveness of our sins.

Mukhbitan: Allah azza wa jal says, “And give good news to the Mukhbitoon!” (22:34) Shaykh Muhammad al-Shanqiti explains who these people are in his tafsir Adhwa’ al-Bayan: “they are those who humble themselves to Allah and are at peace in their hearts with Him (as their Lord). They are those who when they hear Allah being mentioned or remembered, their hearts fill with fear and awe of Him.” Being humble is internalizing the fact that without Allah we could not have done any good. It is remembering your lowly beginning. When making supplication, it is important to call upon Allah as a humble slave who is in real need of Him. Unfortunately, in today’s society, being humble means you are a weak person. Humility only makes the believer better, as the Prophet (sal Allahu alayhi wa sallam) told us, “whoever humbles himself to Allah, Allah will raise him.” (Muslim)

Awwāhan: Allah subhanahu wa ta’ala describes Ibrahim (alayhi salaam) as Awwāhan in two places in the Qur’an, (9:114) and (13:18). Imam Sa’di (rahimahullah) explains that this description means that he (alayhi salaam) was continually returning and turning back to Allah in all of his affairs and he was one who supplicated to Allah, remembered Him, repented to Him and sought forgiveness a lot.

Munīban: Allah subhanahu wa ta’ala also describes Ibrahim (alayhi salaam) as munīb, one is always turning back and repenting to Allah. It is beautiful that this duaa, after asking Allah to instill in us such beautiful qualities, ends with two words that point to being repentant. We learn from this that repentance isn’t only for those who commit major sins, but we must always be repentant to Allah.

we ask Allah to bless us with these qualities and to make us true servants to Him. Ameen. 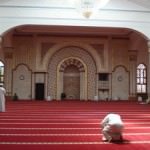 Yahya Ibrahim | My Lord, My Lord! But Do We Deserve an Answer?

Deeper Than Any Translation: Reflecting on the Words of Allah in Tarawih