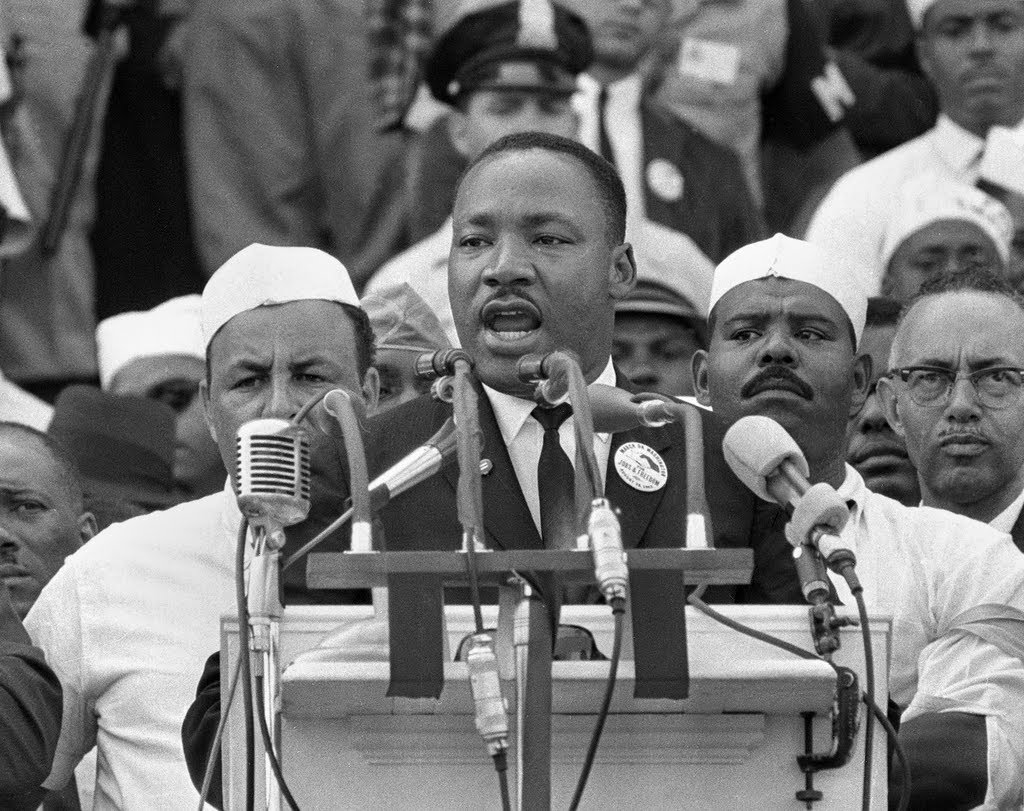 Today is a time for remembrance for the cause of a people who fought for equality and freedom from oppression in America fifty years ago. This is a shared struggle for justice and human dignity that precedes the 20th century; a cause that can be shared by people of all colors and all religions, even, yes, Muslims. The cries for freedom, equality and unity heard in America in 1960 are the same heard in Sudan today, the same heard in Palestine today, the same heard in Makkah in the time of the Prophet (S). We join the rest of America in remembrance of the truly shared human cause, not just Muslim or American, which leaders like Dr. Martin Luther King, Jr., Maya Angelou, and others who gave voice to that struggle. Let us not forget our black Muslim brothers and sisters who also fought and struggled alongside them in the Civil Rights Movement.

In Islam, it is a religious command to stand up for the oppressed and to fight oppression of all kinds.Click To Tweet

In Islam, it is a religious command to stand up for the oppressed and to fight oppression of all kinds. It was racial oppression that plagued the African Americans, and it was religious and ideological oppression that plagued the early Muslims in Arabia. The African Americans were denied legal rights and discriminated against as a de facto process because of the color of their skin, and the early Muslims were ousted from their homes and killed because of their belief in only one God. In essence the struggles were the same: fighting for justice and equality. It is important to recognize that similarity between our struggles for righteousness, so that the Muslims can work together their non-Muslim neighbors to ensure the existence of that equality today.

The man in particular being honored this weekend was one of the greatest movers and shakers of the 20th century – this man won a Nobel Peace Prize preaching the same messages of love and unity for all people that Islam teaches us, a spearhead for a massive movement for social justice and civil rights in this country whose effects we now still enjoy today. Thanks to the Civil Rights Movement, we have a deferential and mutual respect for differences in race, religion, and views, and legal protection against discrimination in America. Dr. Martin Luther King, Jr. was a man to be honored by all Americans as a champion of the American spirit, and more importantly, the human spirit. The movement he led serves as an example for the deep power of faith to carry a people through a mortal struggle and end up victorious in their quest for justice, similar to the legacy of the Prophet Muhammad (S) carrying the message with the Muslims and their faith in God so many centuries ago.

Both the message of Dr. King and that of Islam call for a world where all men are created equal and endowed by their creator with certain unalienable rights, with no real distinction between races, where every member of the human community loves one another as family regardless of what he looks like. This civil rights message, this human rights message, is an inherently and deeply Muslim message.

The Civil Rights movement came around at a time when large groups of people were being singled out because of some aspect that was feared or looked down upon, and these groups of people were harassed and killed, where even politicians supported the bigotry that caused such crimes against the state and humanity. Since the Civil War in America many racist groups conspired to limit and suppress the growth of the African American community with a constant threat of violence and societal norms. White supremacists in the South created rules and regulations to prevent African American students from receiving a proper education. The political voice of African Americans was silenced through the creation of barriers to society and commerce, barriers to employment and wages, and barriers to voting, including unconstitutional voting laws and the harassment and assault of African Americans at the ballot. And the worst part of it all was that the majority of the people of the country, even the youth, were either silent in fear, or propagating the bigotry themselves, perpetuating the corruption of morality and consciousness.

Today, if you take a look at a newspaper or watch the news carefully, or if you even listen carefully to the voices on the streets you will find the current time for Muslims is disturbingly similar to other climates of discrimination. This past year alone, hate speech, vandalism, and assaults aimed against Muslims broke out around the country. Here a Muslim taxi-cab driver stabbed, here a Muslim construction worker beaten into a coma, here a Muslim woman wearing hijab attacked, here a mosque in Florida bombed, and sadly the list goes on.

Muslims are feared in America even by important political figures, and it isn’t always discreet, as is the case in my home state, where both Peter King, Republican House Representative and chairman of the House Defense Committee from Nassau County, and former New York City mayor Edward Koch, openly declare a cautious and suspicious sentiment towards all Muslims in America, holding public hearings to discuss the danger that Muslims pose to America. Even then, it isn’t limited to the United States. There is violence, harassment, and political oppression all around the world. To even think that this is not a time of reflection and respect for Muslims is completely overlooking the fact that we are facing much the same kinds of struggles as the African Americans did then. And it is time that Muslims have their own civil rights movement.

In a way, the civil rights movement of the 60’s was not entirely successful in America. In a way, the world is due for another movement for social justice. However, in the last American civil rights movement it took an exemplary member of the oppressed community to show people the true value and base human spirit that connects them to each other. Some Muslims are either so scared or so indifferent that they even drift away from and reject their Muslim identity in order to avoid harassment or persecution instead of standing up and demanding fair coverage, fair treatment, and respect. There are some Muslims who do not speak out about harassment and violence against themselves or others in their communities because they are afraid of more violence, deportation, or because they don’t want the media exposure on their families. The Muslim community is silenced both externally and internally.

But will we be the example by which to move people to reconciliation? It has become imperative for Muslims to show the people through media and public exposure that we are a people of peace, a people of virtue, and a people that will stand up for justice.

As eloquently put by Dr. King, “the ultimate tragedy is not the oppression and cruelty by the bad people but the silence over that by the good people.” The bigots are likely to continue being bigots and become bolstered in strength as time goes on. It is thus up to us to show our pride in the virtue of our religion of love and equality, of freedom and justice to the rest of the world and speak up so that the people of America can hear our salaams over the senseless instigation of the Islamophobes.

Interfaith gatherings, demonstrations, and living by public example are the very least we can do to have a voice against the bigotry, a peaceful war against ideological oppression. With a strong faith and our love for both our Ummah and our non-Muslim neighbors, we may dispel the fear that causes so much hate between our brothers and sisters in humanity in this country, insha’allah (God willing).