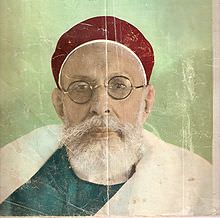 There are two pictures on this page. Both are Libyans but a world of difference separates them. I believe one is the image of piety, the other, despicable evil. The image on the right is Sayyid Muhammad Idris Al-Mahdi As-Sanusi. He was born circa 1889 in Jaghbub when Libya was part of the Ottaman Khilafah. He was the first and only King of Libya. Those who knew him said he prayed Tahajjud every night and was outwardly pious. In 1969 the man on the left, Muammar Al-Gadafi, who has over 200 spelling of his name and whom the world will soon forget, staged a military coup and toppled Sidi Muhammad Idris. At this time Sidi Muhammad was in Turkey seeking medical treatment. After the coup the King was granted asylum in Egypt. He died on May 25, 1983 at the age of 94. He was buried in Madina Al-Munawwarah in the company of the best of God’s creation. His grandfather was the founder of the Sanusiyah Brotherhood (Tariqa). After Sidi Muhammad’s father died in 1902, he became the leader of the Sanusiyah Tariqa and its active leader when he 16. Following the Italian invasion of Libya in 1922 he was forced into exile in Egypt where he continued to lead his people. During WWII the exiled King recruited Libyan fighters to aid the Allied forces against Nazi Germany and the Axis. In 1947 he returned home and in 1949 the United Nations determined that representatives of three provinces should meet in a national assembly to decide their future. The assembly met and decided on a constitutional monarchy and offered the reign to Sidi Muhammad. In 1951 Libya declared its independence. The army rose up against the King dubbing him “Idris Iblis.”

A senior member of the 1969 coup along with Gadafi was a young army Major named Ahmad Ibrahim Al-Zarruq Ehwass. He was my first serious Arabic and Islamic studies teacher. In those years he was the Libyan ambassador to Guyana (1977-1981), the country of my birth. Shaykh Ahmad was a pious man. He was a learned scholar, charismatic, generous, patient and kind. The youth of Guyana loved him and his regular weekly classes drew teenagers from remote regions of the country. Many traveled long distances risking their safety to attend his weekend classes in Georgetown. 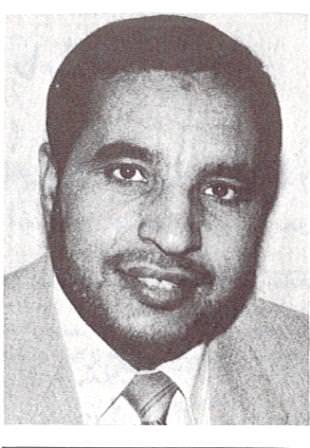 The elders respected him, but he was a stranger they never really got to know. He played cricket with us, but preferred soccer. He ate what we ate and sat on the floor to teach us the rules of Tajwid. In return, we taught him many Guyanese terms. He fell in love with our poor tropical third world country and was so involved in the affairs of its community that he adopted an orphaned infant raising him as his own. He and his wonderful wife didn’t have any children.

I never saw him get angry. He was a Hafiz of the Quran and recited it every night in prayers. Long after bedtime we would hear him reciting verses of the Quran from memory. He fasted every Monday and Thursday. He followed the Maliki Madhab, but knew enough of the Hanafi fiqh and adopted it in prayers so as not to cause disunity in our small vibrant community. He stood up when the majority of Muslims would stand to send Salat and Salam on the Prophet during the annual Mawlid celebrations. He considered Gadafi’s Green Book garbage and it was. I knew that when I was 15-years-old.

After the 69′ coup, Shaykh Ahmad came to see Gaddafi for what he was, a tyrant who did not deserve what he coveted. Convinced that the real “Iblis” was about to turn Libya into hell on earth, he spoke out and was jailed. Unable to keep him incarcerated, Gadafi assigned him to a host of diplomatic positions in Denmark, North Yemen, Somalia, South Yemen, Malaysia and finally Guyana. Ten years after the coup Shaykh Ahmad formed the Islamic Salvation Front for the Liberation of Libya. He was determined to correct the mistake of 1969 by force if necessary.

He quit his position as ambassador in 1981 and left Guyana. None of his many students who are now community activists in Florida, NY, Toronto and throughout the Caribbean, would ever see him again. I was the sole exception. At the ISNA conference in Sept. 1983 I met Shaykh Ahmad in Indianapolis. He was serious. Intense. Scarry in some ways. He was in the company of many Libyan men and some ‘shy’ Americans whom I later realized were masters at the dark art of espionage. I was 19 and none of it made sense to me at the time.

What became evident much later was that in the shadows of the Islamic confernce Shaykh Ahmad was planning a coup. King Idris would have been proud of the moral backbone of this son of Libya who so hated the injustices of Gadafi that he was determined to oust him. King Idris died that same year and knew that Gadafi was conducting a brutal campaign of assassination against hundreds of opponents to his regime. Human Rights organizations accounted for Libyan ‘Ulema who were killed by Gadafi, many during the Hajj in the most sacred Islamic cities. Eight months (May 8, 1984) after ISNA, Shaykh Ahmad and a group of armed fighters staged a failed coup at Bab Al-Aziziya. Media reports said they killed 30 bodyguards of Gadafi but did not succeed in getting him. Shaykh Ahmad was killed and Newsweek printed a picture of him with a story that hinted at the possibility that the men might have been betrayed.

What he started 30 years ago and ultimately gave his life to achieve, hundreds, perhaps thousands of Libyans, have sacrificed their lives trying to complete. I heard an Imam in Tripoli use the mimbar today (Feb. 25) to remind worshippers that the Prophet Muhammad, peace and blessings be upon him, is reported to have said: If you disapprove of your leaders do not raise your voices nor your swords in protests, otherwise you should be killed (i.e. capital punishment).” Someone should have reminded the young Colonel Gadafi of this in 1969. It’s a little too late now.

AlJazeera: In Pictures: Egypt in turmoil