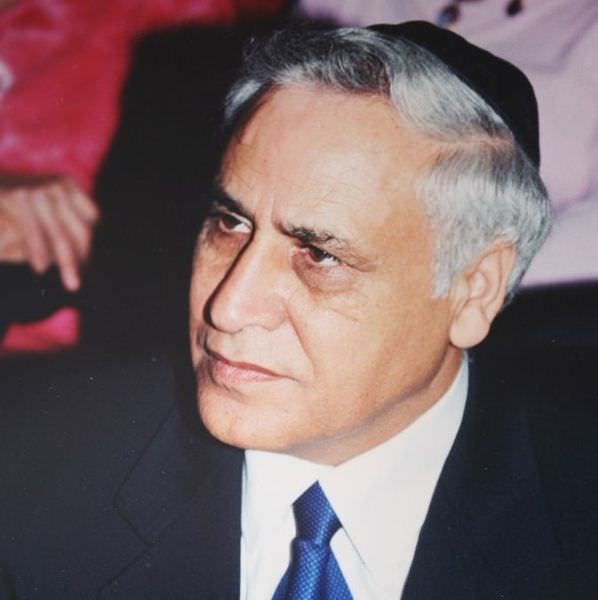 As reported in the New York Times

JERUSALEM — An Israeli court convicted the country’s former president, Moshe Katsav, on two counts of forcible rape on Thursday, a verdict that many Israelis described as a low point in the nation’s history but also redemptive, in that it upheld the value of equality before the law.

“There are no two states of Israel, just one state,” said Shimon Peres, Mr. Katsav’s successor as president. “There are no two kinds of citizens here, citizens of only one kind exist in Israel — and all are equal in the eyes of law.”

The verdict capped an unusual four-year spectacle that began with accusations of sexual offenses against Mr. Katsav while he was still the head of state.

“Never before has a president in the democratic world been found guilty of such deeds;” wrote Zeev Segal, the legal commentator of the Haaretz newspaper and a Tel Aviv University professor of law.

A panel of three district court judges in Tel Aviv convicted Mr. Katsav of raping an employee — identified only by her first initial, A. — on two separate occasions while he was minister of tourism in 1998. The court also convicted Mr. Katsav of sexually abusing and harassing another complainant and of harassing a third while he was serving as president — an exalted, if mostly ceremonial, position that Mr. Katsav held from 2000 until 2007.

Mr. Katsav has consistently denied any wrongdoing, and his lawyers said it was possible he would appeal the ruling to the Supreme Court. One of them, Avigdor Feldman, said that the district court had set aside the doubts of the prosecution “with unfortunate lightness” given, he said, that the prosecution had considered the chances of a rape conviction “very borderline.”

Still, Thursday’s verdict was unequivocal, finding Mr. Katsav guilty of what Ronit Amiel, a state prosecutor in the case, described as “the most serious and heinous sexual crimes.”

Mr. Katsav, looking ashen, made no comment as he left the court accompanied by his lawyers. His son, Boaz, said that the family was steadfast in its support of Mr. Katsav and that they remained convinced he was innocent.

Sentencing is expected in January, and legal commentators said that rape verdicts usually carry a a minimum sentence of four years and a maximum of 16.

Reading from a 29-page summary of the verdict, the presiding judge, George Kara, said that Mr. Katsav’s testimony was “strewn with lies, small and large,” that the court was convinced that the sexual relations were non-consensual and that the rape had involved the use of force.

The verdict sheet included quotes from the testimony of the rape victim in which she said she had struggled against Mr. Katsav as he tried to undress her in his office, and then she found herself on the floor.

“I struggled all the time and said, ‘Enough, I do not want this,’” she was quoted as saying.

Inside the packed, wood-paneled courtroom Mr. Katsav sat expressionless for most of the hour and 20 minutes it took for the judge to read out the summary. When the judge read the details of his guilty verdict on the two rape charges Mr. Katsav shook his head and gave a bitter half-smile in the direction of his lawyers.

No television cameras or radio microphones were allowed in the courtroom; most of the trial took place behind closed doors.

Mr. Katsav had argued that the rape accusation was all a plot by the former Tourism Ministry employee, who he said was seeking revenge after she was fired from her job. The judges detailed evidence that contradicted Mr. Katsav’s testimony, including telephone call logs and testimony from other witnesses that corroborated that of the victims. The judges said they found the rape victim’s testimony “completely credible” and Mr. Katsav’s “false.”

The case has riveted Israel for years. Mr. Katsav resigned from the presidency in disgrace in 2007, two weeks before the end of his seven-year term, to a chorus of public criticism over a deal he had reached with state prosecutors. According to its terms, the rape charges against him were to be dropped in exchange for an admission of guilt for lesser offenses. Mr. Katsav was to serve no jail time, but received a one-year suspended sentence and agreed to pay compensation to two women.

In a dramatic courtroom twist in April 2008, Mr. Katsav backed out of the plea agreement, saying that he wished to fight for his innocence in court — a gamble that appears to have ended disastrously for the former president.

Israeli women’s groups hailed the verdict. “Finally, victims in Israel feel validated,” said Miriam Schler, director of the Tel Aviv Rape Crisis Center, who was among a hundred or so women’s rights activists gathered outside the court. “It is an extremely historic day.”

Currently, Ms. Schler added, fewer than 20 percent of women who contact Israel’s rape crisis centers file complaints, and that of those cases that are filed, 64 percent end without an indictment.

“There is a culture of machismo here where men of privilege, especially those in power feel that they can do what they want,” said Ms. Schler, who immigrated to Israel from Oceanside, N.Y. She said of the verdict, “This is an important message that they will be held accountable for their acts.”

Ronit Erenfroind-Cohen, who leads the Department for the Advancement of Women at the Women’s International Zionist Organization, and other women’s rights advocates here say there is a large gap between the country’s relatively advanced laws in areas like rape and sexual harassment and their enforcement in a society where macho culture is still strong.

Mr. Katsav, a father of five, was born in Iran in 1945 and immigrated to Israel with his family in 1951. His political career took off when he became the mayor of his home town, Kiryat Malachi, near the port city of Ashkelon, at the age of 24. He first became a parliamentarian for the conservative Likud Party in 1977, and has served as a minister in various governments.

Mr. Katsav was allowed to go home on Thursday, but the court ordered him to deposit his passport with the authorities. His wife, Gila, who accompanied him at earlier stages of his legal battle, was not present for the verdict.

No one there and no one here is accusing Judaism of fostering such an evil man, even though his Jewishness would have been vetted before he could rise to become the President of Israel. But just let some fool anywhere call himself a Muslim and commit a crime against a woman. Think Islam would get justice in that case?

He Was Just A Kid. An Extraordinary One.

From The Chaplain’s Desk: Prophetic Training In Sacred Activism

Harnessing The Benefits Of Intermittent Fasting

The Top 10 Logical Fallacies for Muslims