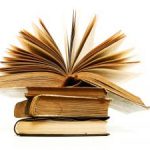 Abdullah ibn Al-Mubarak used to often stay at home, so he was asked, “Don’t you get lonely?” He replied, “How could I get lonely when I am with the Prophet (sal Allahu alayhi wa sallam) (i.e. I read his hadith)?” [Reported by ibn ‘Asaakir]

To increase our love for the Prophet (sal Allahu alayhi wa sallam) and to gain comprehension of his narrations, we will be starting a new series on the famous hadith collection “Riyad as-Saliheen.”

What is Riyad as-Saliheen and why did we select it?

Riyad as-Saliheen (Gardens of the Righteous) is a collection of ahadith by Imam Nawawi (rahimahullah). It is a compilation of ahadith for the every day life of a Muslim. It covers the three spectrums of akhlaq (character) which is with yourself, with Allah and with others. It has ahadith on the actions of the heart, deeds of the limbs and statements of the tongue. It has ahadith and ayat that lead to a person’s success in this life and the next. Riyad as-Saliheen is the perfect book of hadith for laymen. Imam Nawawi (rahimahullah), who is known for his 40 hadeeth collection, set it up in a way that the one who reads it does not need extensive knowledge of hadith or its sciences to understand. He says in his introduction to this collection:

Hence, I deemed it appropriate to compile an abridgement of authentic traditions, depicting a path for its master to tread upon towards the Hereafter. Acquiring manners and etiquettes, concealed and apparent. [In addition] to the inclusion of a provision for awakening a desire and providing a source of fear [impelling action]. [Incorporating] all the categories of manners and etiquettes for those treading upon this path. [Extracted] from the traditions pertaining to asceticism, the spiritual refinement of the soul, and the perfection of good character. the purification and treatment of the heart, and preservation of the limbs. The elimination of deviation and crookedness, in addition to other [matters] from [amongst] the objectives of the cognisant [TN – Those amongst creation who are acquainted with the objective].

I have obligated myself not to mention save a sound tradition from the unambiguous, selected from the authentic and distinguished books [of Prophetic tradition].

I have introduced the chapters with the noble Verses from the Honoured al-Qur’an, adorning [the book] with what is needed from vowelization, amendment or explanation of obscure meanings [by means of] precious gems from pointers of elucidation.

If I have mentioned at the end of the tradition ‘Mutafiqun ‘Alayhi – متفقٌ عليه it denotes: Narrated by al-Bukhari and al-Muslim.

I hope that if [what is contained] in the book is executed, it [provides] an indicator [for the attentive] towards virtuous deeds and actions, and [provides] an obstacle for the individual [hindering his passage] towards the [various] categories of shameful deeds, and places of destruction.

I ask the brother who derives benefit from a matter contained within [this book], that he supplicates on my behalf, [including] my parents, my teachers, all those beloved to me, and the entire Muslim population.

Upon Allah the Most Noble is my reliance, and to Him is my entrustment and dependence. Sufficient unto me is Allah, and He is the Best of Disposers. There is no power or movement except by Allah the Dignified, the Wise.

(An Explanation of Riyadh al-Saliheen from the words of the Master of the Messengers. Translated by Sajad ibn AbdurRahman. The Qur’an and Sunnah Society: 1998. p. xvii, xviii)

What will we cover?

Insha’Allah this series will go through the collection, chapter by chapter, selecting various narrations and explanations to translate. We will be translating the explanation (sharh) by Shaykh ibn Uthaymeen (rahimahullah). We’ve chosen his explanation for many reasons, the main reasons being that his explanation is easy to follow and contains many points of benefit. He is well known in the Arab world as a teacher for the everyday Muslim. He is an expert at taking something complex and detailed and teaching it to the people in an easy to digest manner.

As many of you know, translating from one language to another is a difficult task, and it becomes even more difficult when translating from a language as rich as Arabic. We would like to explain to the readers that we will not be translating word-for-word, but rather translating the interpretation of the meanings. There are many nuances, sentence structures, phrases and idioms in Arabic that do not translate well into English so in order to preserve the meanings and convey them properly, we will not do direct translations.

Allah Knows Best, we ask Allah to give us the success and ability to start and complete this series and to make it beneficial for us and others. Ameen.

Look out for the first post coming soon inshaAllah :-)