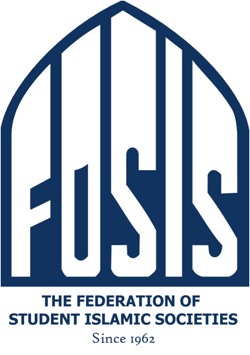 With over 100,000 Muslim students in the UK now in higher education one would imagine that the future of Muslims in the UK, academically at least, would be extremely positive. Over the years the numbers of Muslim students attending university has rapidly progressed from a time when it was simply international students to a point now where the majority of Muslim students are British born and emerging as leaders of our communities. The importance of British Muslims who are able and willing to go to University cannot be understated.

Through education we are living those timeless teachings that we all know: “Read! In the name of your Lord”, “Are those equal, those who know and those who do not know?”, “Behold! in the creation of the heavens and the Earth, and the alternation of night and day, there are indeed signs for people who have understanding”. Education is at the heart of a change of condition and the fulfilment of a command; at an individual as well as a collective level.

Let us realise the particular immense value of higher education. Through educating our youth in Universities today we are insha’Allah planting a seed, where we will grow Muslims who are successful leaders, business people, academics, politicians, community leaders, scientists and so forth. We will insha’Allah through this develop individuals who are not only able to achieve and contribute from a level playing field in a country where many go to University, but who are also serious leaders able to tackle the challenges of our time and reform the world we live in.

The UK’s reputation for providing world-class higher education and facilities is clearly evident and is something that Muslim students have long been privileged with. That four out of the top 10 universities in the world were UK-based institutions, with Cambridge knocking off Harvard from the top spot for the first time since 2004, is telling. Moreover, there are thousands who seek to apply each year to the country’s top institutions. For Muslims in the UK, it has almost been taken for granted that we will naturally enter higher education.

However, this is where the good news stops. This could all change very quickly as government proposals seek to radically change the funding structures to higher education. As well as poorer communities, Muslim students in particular face being disproportionately affected by these proposals.

Amid the global financial crisis, universities in the UK face major cuts to teaching budgets and the former system of a maximum £3,290 per year tuition fee has been deemed unsustainable. Thus the UK’s coalition government last week announced proposals that universities could charge students £9,000 a year, meaning students studying a 3 year university course could end up with an average debt of at £25,000 – before even considering the cost of living at University. Of particular concern for Muslim students is that any student loans taken out to pay for the tuition fees would have to be paid with a market-rate of interest of 3% plus inflation. This differs to the current system where student-loan interest is linked to the rate of inflation.

These proposals are contrary to the pursuit of a fair and accessible education system and would increase social inequalities. The prospect of a £25,000 debt in university fees alone will not only serve to deter people from less advantaged backgrounds from applying to university, it will result in our highest quality institutions becoming financially ring-fenced, outside the reach of the majority of students.

Secondly, these proposed changes will have a devastating impact on Muslim and black and minority ethnic (BME) communities who are under-represented in Higher Education and already face a number of barriers towards participation. The encouragement of BME and Muslim participation in Higher Education is crucial, however, if enforced, these proposals will further discourage Muslim students, a significant number of whom are from deprived backgrounds, from continuing onto university.

Unlike the US, where high tuition fees are often subsidised by scholarships, the UK has only recently began charging students to enter into higher education, and as such, there are no effective systems or processes to ensure that the poor are not priced out of university. When one takes into consideration that the Muslim community is the poorest in the UK – nearly 50% of Pakistani and Bengali people in the UK are below the poverty line and are likely to earn less money than any other ethnic community – we can begin to see the dire ramifications of these new proposals.

As responsible leaders we realise that this is an issue for communities around the UK; and in particular, we realise the impact on Muslim students. It is wrong for the poor to be priced out of education and face a debt of over £25,000 before even starting; education should be accessible to those able and willing, not just those that can afford it. And we realise that a market-rate of interest is no solution to rising debt-levels for students – interest is at the heart of social inequality and will only increase debt for all students. We cannot accept the door of higher education being shut to young Muslims.

Unless of course, we work hard to prevent these proposals from being passed. 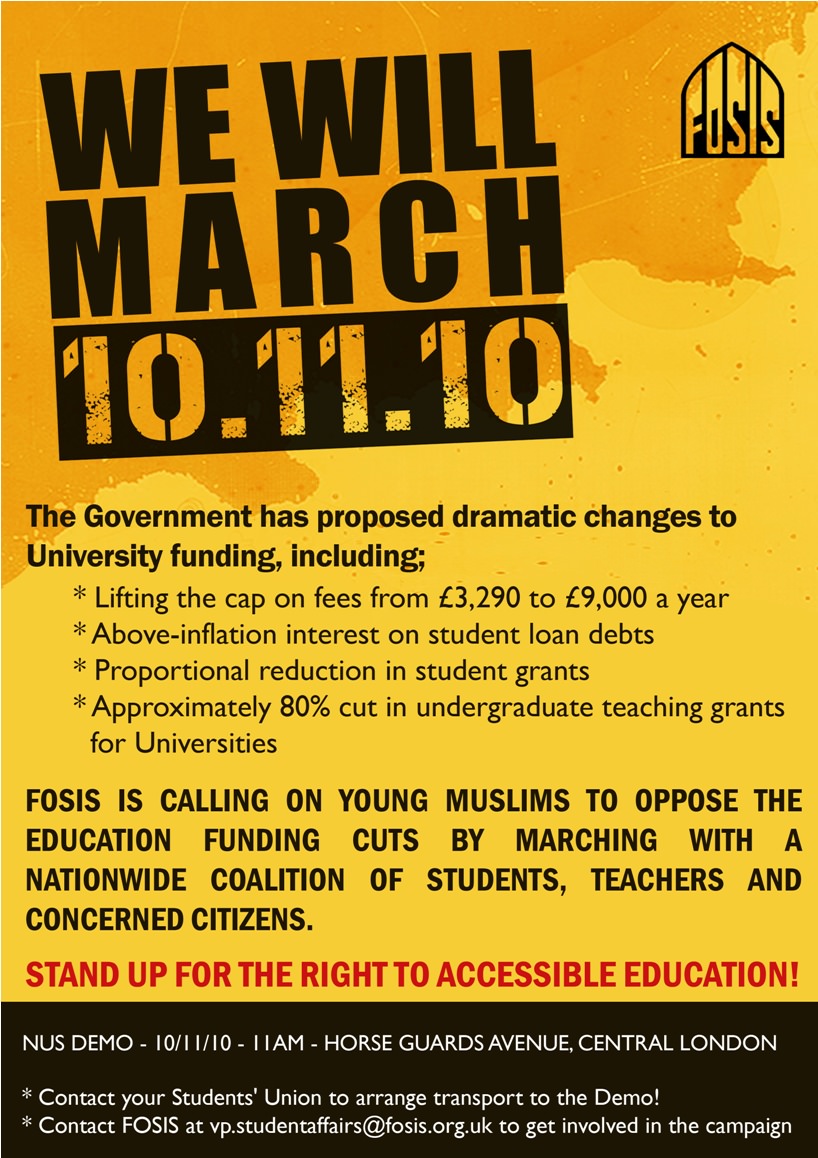 The Federation of Student Islamic Societies has been working with a number of Muslim organisations, scholars, community leaders and the National Union of Students (NUS) to campaign against the proposals. The response has been fantastic, and in collaboration with the Muslim Council of Britain, we disseminated a khutbah to a number of Masaajid and university Islamic Societies on the topic.

We have had phenomenal support from a number of scholars and community leaders, including Abu Eesa Niamatullah, who realise the significance of these proposals and the negative impact this will have on the Muslim community. The response from Islamic Societies has been equally impressive and in conjunction with FOSIS, many Islamic Societies have signed a joint statement expressing concern with the HE funding review. FOSIS have also been working closely with the NUS, highlighting the issue to raise concerns with MPs, and worked to get as many students to attend a national demonstration that took place on 10th November 2010 in Central London.

We will continue to publicise the issue and work to campaign on behalf of Muslim students. We were interviewed by BBC News, and we hope that this is just the start, but we need your support!

It is vital that the Muslim community takes an active role in opposing these proposals and here are ways to get involved: