Sadaqah (voluntary charity) is a highly virtuous and praised deed in Islam. In fact, it is so significant that the Prophet (sal allahu alayhi wa sallam) said it is a proof of one’s iman (faith).

Abu Malik al-Ashari (radi Allahu anhu) narrated that Allah’s Messenger (sal allahu alayhi wa sallam) said:  “Cleanliness is half of faith.  Alhamdulillah (Praise be to Allah) fills the scale. SubhanAllah (Glory be to Allah) and Alhamdulillah (Praise be to Allah) fill up what is between the heavens and the earth.  Prayer is a light. Charity is proof (of one’s faith). Endurance is a brightness and the Qur‘an is a proof on your behalf or against you. All men go out early in the morning and sell themselves, thereby setting themselves free or destroying themselves.”  (Muslim)

One of the reasons behind this deed being so virtuous is that we all have a common love for wealth. And it is natural for us to love wealth because that is how Allah, al-Khallaaq has fashioned us. He has created us with a love for wealth, as He says in the following ayah:

However, usually this love for wealth causes us to be stingy and hoard our wealth, without realizing that there is more virtue in giving it to the poor and the needy. Thus, one of the criteria of those who will be successful in this world and the hereafter are those who have tamed their desire for wealth, as Allah (subhaana wa ta’aala) states in the following ayah:

And whoever is protected from the stinginess of his soul – it is those who will be the successful. (Al-Hashr 59:9)

In addition to the ayah, Imam Ahmad recorded that Jabir bin `Abdullah said that the Messenger of Allah (sal allahu alayhi wa sallam) also warned us against being stingy with our wealth. He said,

The primary psychological reason behind stinginess with wealth is that we do not like to see a loss in our possessions. It does not please us to see a decrease in our wealth. But, either we are ignorant of or we have not internalized the words of our Creator, because this is the exact opposite of what Allah (subhaana wa ta’aala) tells us in the Qur’an.

“Allah will deprive usury of all blessing, but will give increase for deeds of charity: for He loves not creatures ungrateful and sinner.”  (Al Baqarah, 2: 276)

“That which you give in usury for increase through the property of (other) people, will have no increase with Allah: but that which you give for charity, seeking the Countenance of Allah, (will increase); it is those who will get a recompense multiplied.” (Ar Rum, 30:39)

Our beloved Prophet (sal allahu alayhi wa sallam) also conveyed to us the same message in the following hadith.

Abu Hurairah (radi Allahu anhu) reported Allah’s Messenger (sal allahu alayhi wa sallam) as saying: “Charity does not in any way decrease the wealth and the servant who forgives, Allah adds to his respect; and the one who shows humility, Allah elevates him in the estimation (of the people).”  (Muslim)

Allah (subhaana wa ta’aala) mentions two groups of people in the Qur’an in relation to sadaqah. The first group is from the ayah quoted earlier on:

These are people who give out of their wealth while recognizing that Allah has created them with a love and desire for it but it is better for them to give it to the poor and the needy. They do so while expecting to gain reward from Allah, Al Wahhaab, seeking a better place in the hereafter and also increasing in righteousness in this worldly life, as described by Allah (subhaana wa ta’aala) in the following ayah:

Righteousness is not that you turn your faces toward the east or the west, but [true] righteousness is [in] one who believes in Allah , the Last Day, the angels, the Book, and the prophets and gives wealth, in spite of love for it, to relatives, orphans, the needy, the traveler, those who ask [for help], and for freeing slaves; [and who] establishes prayer and gives zakah; [those who] fulfill their promise when they promise; and [those who] are patient in poverty and hardship and during battle. Those are the ones who have been true, and it is those who are the righteous. (Al Baqarah 2:177)

However, Allah (subhaana wa ta’aala) describes another group of people in relation to sadaqah.

And [also for] those who were settled in al-Madinah and [adopted] the faith before them. They love those who emigrated to them and find not any want in their breasts of what the emigrants were given but give [them] preference over themselves, even though they are in privation….(Al-Hashr 59:9)

The above ayah refers to a time when the Muhajirin (immigrants from Makkah) were hosted by the Ansar (residents of Madina who hosted the Muhajirin) after hijrah (migration from Makkah to Madina). The Ansar shared their wealth and property with the Muhajirin and also hosted them indefinitely. Moreover, they did this deed with ihsan (excellence) and love for brotherhood in Islam! The Muhajirin testified to the Prophet (sal allahu alayhi wa sallam) of the remarkable hospitality of the Ansar in the following hadith:

Imam Ahmad recorded that Anas said, “The Muhajirin said, `O Allah’s Messenger! We have never met people like those whom we emigrated to; comforting us in times of scarcity and giving us with a good heart in times of abundance. They have sufficed for us and shared their wealth with us so much so, that we feared that they might earn the whole reward instead of us.’ He said, No they won’t, as long you thanked them for what they did and invoked Allah for them.” 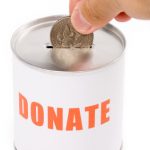 The virtuous quality of the believers is to give to others even when they themselves are in dire need. This quality was beautifully exemplified in the actions of the sahaaba (companions of the Prophet sal allahu alayhi wa sallam) as can be seen from the account of the Muhajirun and the Ansar, may Allah be pleased with them all. The companions (may Allah subhaana wa ta’aala be pleased with them all) preferred giving to the needy rather than attending to their own needs, and began by giving to the people before their own selves, even though they too were in need. This is of a higher virtue than those who give wealth, inspite of their love for it, but are not necessarily in dire need themselves, because the Prophet (sal allahu alayhi wa sallam) said in an authentic hadith:

“The best charity is that given when one is in need and struggling.”

It is worthwhile to ponder, how can the believers give to others even though they are themselves needy? And the answer to that without a doubt is, complete reliance on Allah (subhaana wa ta’aala) and extreme love for other Muslims. We learn this from the example from Abu Bakr (radi Allahu anhu) from the following hadith:

Another account that shows the selflessness and the reliance of believers upon their Lord is that of the Ansari man (radi Allahu anhu) who went out of his way to be hospitable to his guest.

Al-Bukhari recorded that Abu Hurayrah said, “A man came to the Prophet and said, `O Allah’s Messenger! Poverty has stuck me.’ The Prophet sent a messenger to his wives (to bring something for that man to eat) but they said that they had nothing. Then Allah’s Messenger said, (Who will invite this person or entertain him as a guest tonight; may Allah grant His mercy to him who does so) An Ansari man said, `I, O Allah’s Messenger!’ So he took him to his wife and said to her, `Entertain the guest of Allah’s Messenger generously.’ She said, `By Allah ! We have nothing except the meal for my children.’ He said, `Let your children sleep if they ask for supper. Then turn off the lamp and we go to bed tonight while hungry.’ She did what he asked her to do. In the morning the Ansari went to Allah’s Messenger who said, (Allah wondered (favorably) or laughed at the action of so-and-so and his wife.) Then Allah revealed, (and they give them preference over themselves even though they were in need of that). ” (Al-Bukhari, Muslim, At-Tirmidhi, An-Nasa’i)

Last but not least, it would be unjust to not mention the account of companions like ‘Ikrimah bin Abi Jahl and others (may Allah be pleased with them all), who risked their lives and offered water to each other first while they themselves were dying of thirst. The following account is heart-wrenching and difficult for us to fathom being in similar circumstances:

`Ikrimah (bin Abi Jahl) and two other wounded fighters were offered water when they were injured during the battle of Al-Yarmuk, and each one of them said that the sip of water should be given to another of the three wounded men. They did so even though they were badly injured and craving water. When the water reached the third man, he and the other two died and none of them drank any of the water! May Allah be pleased with them and make them pleased with Him.

Let us, O Muslims, bring everything back into perspective. Realize that giving charity is not an act to be done only when a person has “extra” money. Rather, the most virtuous type of charity a Muslim can give is when they themselves are in dire need of that wealth. This is a sign of our iman and complete reliance on Allah (subhaana wa ta’aala) and it helps us develop true piety and righteousness.

Action Items: Let us stretch our boundaries of giving sadaqah in these last ten days of Ramadan.

May Allah (subhaana wa ta’aala) protect us from being miserly with our wealth, allow us to have complete reliance on Him, grant us us many opportunities to give in sadaqah for His pleasure and sake, reward us with good in this world and the hereafter, and protect us from the fire of Hell, ameen ya rabbil ‘alameen.