The following is a translation of the second part to the work of Al-Hafidh ibn Rajab al-Hanbali (rahimahullah) on the last 10 nights of Ramadan.

Causes of Forgiveness in Ramadan 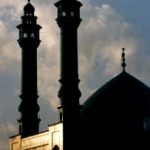 In the hadeeth of Abu Hurayrah (radi Allahu anhu), there is evidence that each of these three actions is a cause for forgiveness of previous sins; fasting the month of Ramadan, praying in it’s nights, and praying in the night of Qadr. Praying in the night of Qadr is a cause of forgiveness alone for whoever is able to catch it, regardless of whether it is in the beginning of the last ten days, middle or in the end and regardless of whether the person feels that it is the night of al-Qadr or not. The forgiveness promised in this night is specific for it, and is not conditioned on completion of the month. As for the forgiveness promised for those who fast Ramadan and pray in its nights, it is conditioned on the completion of the entire month. So once the month is completed, only then is the believer counted among those who fasted the month and prayed it’s nights, thus being rewarded with forgiveness of previous sins. When those who fast complete their fasting in the month of Ramadan and praying in it’s nights, then they have completed what was upon them of deeds. What remains is what is for them of reward; being forgiven.

When they go out for prayer on the day of Eid ul-fitr, their rewards are distributed among them and they return to their homes having fully attained their reward (for the month). As for the one whose actions were deficient, then so will his reward be decreased accordingly, so he shall blame none but himself. Salman said, “The prayer is a scale, so whoever truthfully honored it, he will be truly rewarded. And whoever deceived in it, then you know what has been said about the Mutaffifeen.” Fasting and the rest of the acts of worship are on a similar pattern: whoever guards them in truth, then he is from the favored slaves of Allah, and whoever is deceitful, then woe to the Mutaffifeen.

If good then for themselves it is*****And if bad, then evil is what they have done

The righteous predecessors would strive to complete their actions with perfection and proficiency. Afterwards they would worry about acceptance of the deeds and fear rejection. Such are those whom Allah described: {يُؤتُونَ مَاآتَوا وَقُلُوبُهُم وَجِلَةٌ} And they who give what they give while their hearts are fearful because they will be returning to their Lord (Al-Mu’minun 23:60).

It is narrated that Ali (radi Allahu anhu) said, “Worry more over the acceptance of the deed than the deed itself, do you not hear the words of Allah azza wa jal, {إِنَّمَا يَتَقَبَّلُ اللّهُ مِنَ الْمُتَّقِينَ} “Indeed, Allah only accepts from the righteous [who fear Him].” (Al-Ma’idah 5:27).

From among the causes of forgiveness in this month is providing food for the fasting ones to break their fast with. Remembering Allah and istighfar are also causes of being forgiven. Istighfar is supplicating for forgiveness, and the supplication of the fasting person is accepted during his fast and at the moment of breaking his fast.

All trees that do not bear their fruit during their time of ripening are broken and thrown in the fire. Whoever was inattentive to his plants when they bore their fruit has not gathered for the Day of harvest except remorse and loss!

Discussing Ramadan on Radio in Arizona

The Ramadan Tafseer Series: Harvest of the Hereafter | AbdulNasir Jangda