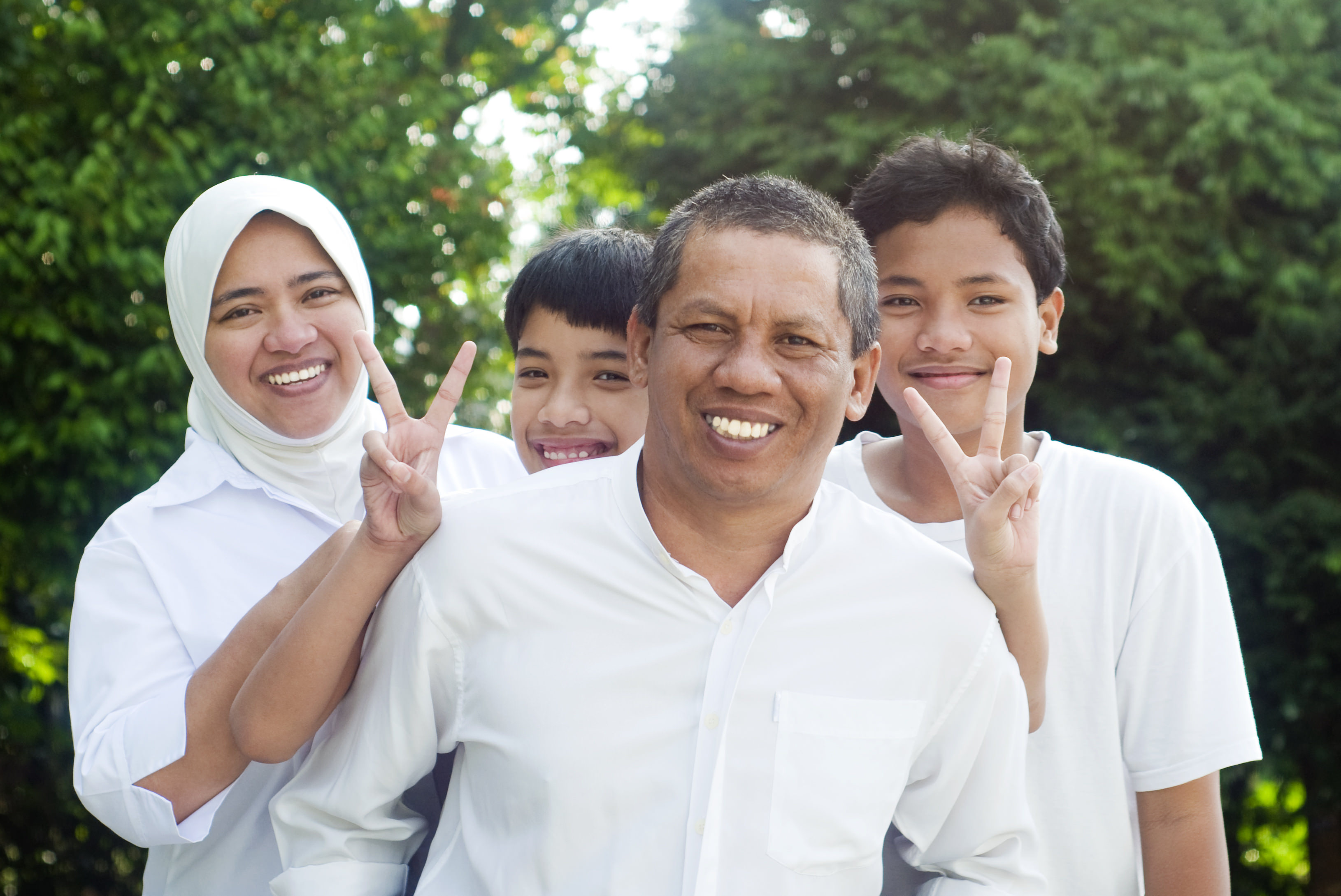 We’ve all been there. That situation where our parents are displeased with us for choosing to study a subject other than Medicine or Engineering at university. Or, opposing our choice of partner who is deemed to be ‘unsuitable’ because they’re from a different culture or caste.

We seem to get through these situations one way or another. But how do we deal with practicing Islam whilst our family and friends refuse to understand our newfound ways? Exchanging friends is much easier than changing our families. So how should one tackle such a sensitive and potentially volatile state of affairs?

tells us in the Quran:

‘Worship Allâh and join none with Him (in worship), and do good to parents…’

Therefore, we are supposed to worship Allah and be good and dutiful to our parents. It’s pretty clear-cut and straightforward, right? Wrong. It’s actually not as straightforward as we would like it to be. There is a profound emphasis on obeying one’s parents within Islam, however first and foremost, we are all in pursuit of Allah’s Pleasure. This can only be obtained by following His Commands and following the example of His Messenger, Prophet Muhammad

‘Say (O Muhammad (saw) to mankind): “If you (really) love Allâh then follow me, Allâh will love you and forgive you your sins…’

Although obeying Allah’s command is our ultimate priority in this life; when confronted with such a situation, I have heard about many brothers and sisters reacting very harshly to their parents, to the extent of breaking ties with them. Instead of explaining to their parents that they can’t go against Allah and His Messenger, they hurt them by lashing out at them, which usually culminates in a huge argument. This totally goes against the attitude that Islam teaches us with regard to treating our neighbors, let alone our parents. Of course, we would all love to have parents who support us throughout the thick and thin of our Islamic improvement. But have we ever stopped to think that their antagonism towards their ‘reborn’ Muslim child might be partly attributable to the child’s conduct with them?

I recently attended a seminar based on the Islamic ideals of a family, part of which dealt with children’s duties towards their parents. SubhanAllah, it is amazing how much is due to our parents, even if they’re non-Muslim, and yet, we still don’t treat them the way they deserve to be treated.

‘Abdullah Ibn ‘Umar saw a Yemeni man performing Tawâf while carrying his mother on his back. This man said to Abdullah Ibn ‘Umar, “I am like a tame camel for her! I have carried her more than she carried me. Do you think I have paid her back, O Ibn ‘Umar?” Abdullah Ibn ‘Umar replied, “No, not even one labour pain when she was giving birth to you!” ‘

I guess the million-dollar question is: how do we find the balance between being dutiful to our parents without losing our patience with their antagonism, and being true worshipers of Allah?

All it requires is love and patience. Many of us take our parents for granted, expecting them to understand our slant on the deen. Some of them have grown up knowing Islam through their parents and relatives, or doing things because ‘imaam-sahib said so’. If they’re not Muslim, then they might not know anything about Islam or, due to politics and misconceptions in the media, even hate it. We need to learn how to deal with this in the most sensitive manner possible because, in the zeal of our youth, it is very easy to lose our cool when talking to our parents about something of which we feel so ardently.

When people hate or dislike something we do, it’s mainly because they don’t understand why we’re doing it. To make the situation worse, if we react badly to our parents’ disapproval of our practice of Islam, it only makes them think badly of the way we are following Islam or our similarly ‘Islamic’ friends. To avoid such a situation even arising, I believe we should begin by explaining our basis for changing our ways in a loving manner.

Some people are insensitive to their parents’ personalities, especially when it comes to what is important to them. I know of someone whose father really loves music, which has been a cause of conflict between parent and child for several years resulting in heated arguments and the child being disrespectful to their father. What this person initially started off doing for the sake of Allah actually ended up displeasing Allah due to not being able to practice the basic Islamic etiquettes with their own parents.

A tried and tested way to get your point across is a five-step plan:

1. Think about the issue that is most important to you.

For example, if you are worried about having to attend a mixed gathering full of free-mixing and the fact that your parents don’t pray salah regularly, then filter through what is most important to you first. In this case, salah is far more important, so it is necessary to talk about that first. Pick your battles carefully. 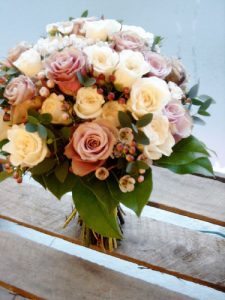 2. Knowing what your parents are receptive to.

If your mother loves receiving flowers, then do that for her before you speak to her. Tell her how much you love her and that you want the best for her in the dunya and the akhirah. And then go on to tell her about the importance of salah, its benefits and what it means not to pray.

‘Mum, I really love you and I want you to attain the highest ranks of Jannah, and I feel that following Allah’s Commands are the only way for us to do that. I truly want you and Dad to experience eternal happiness.’

The above is an example, but what I am trying to highlight is the importance of observing your parents’ needs before you approach them with something so sensitive. They’ll appreciate you for paying attention to their little likes and dislikes.

In such situations, parents might get annoyed at the fact that their child, whom they have brought up and whom they have taught everything he or she knows, is telling them how to live their lives. They will get upset or argue with you, but at such times, the best thing to do is just step back and keep quiet. Don’t say anything until they’ve calmed down a little. Most importantly, don’t lose your temper. Not only will it undo everything you have done so far, you will also accrue sin for being rude to your parents.

Good manners are observed by everyone, especially your parents. Being helpful, polite and tending to their needs around the home may help them realise that they have been blessed with a righteous child. Sometimes we are so engrossed in our own lives that we end up ignoring our parents. If you don’t live with your parents for whatever reason, try to visit them more often than once a month or send them gifts (like that non-stick saucepan set your mother always wanted). Islam teaches us to be well-mannered; it’s inherent within the deen. In fact, I feel that the more devout a Muslim becomes, the better his manners should be towards his family. Lead by example.

Guidance is only within Allah’s Power, not our own. You can keep repeating steps 1-4, but at the end of the day, only Allah will give your parents and family hidayah. Make sincere du’a for them, be good to them and keep trying. Be an example to everyone around you and keep your intentions pure. Perseverance is key. The Prophet

never gave up on his uncle, Abu Talib, not even till the day he died. Even when it seemed like he might just accept Islam on his deathbed, Abu Jahl reminded him of the loyalty towards his forefathers’ religion. Despite that, the Prophet

‘It is not (proper) for the Prophet and those who believe to ask Allâh’s Forgiveness for the Mushrikûn (polytheists, idolaters, pagans, disbelievers in the Oneness of Allâh) even though they be of kin, after it has become clear to them that they are the dwellers of the Fire (because they died in a state of disbelief).’ (Surah at-Tawbah; v.113)

However, when asking Allah for guidance, do not underestimate the power of du’a. Don’t give up. 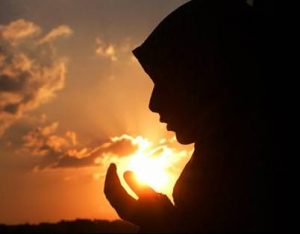 We will all experience this at some point in our lives, but we should view these obstacles as tests. Allah

never burdens His slaves with more than they can bear and ultimately, we should use such tests as a way of coming closer to Him.

I leave you with a thought-provoking story.

There was once a father and son. When the father reached old age, the son began thinking about the inheritance money that would be due to him upon his father’s death. His greed eventually overcame him and he became impatient, as it seemed his father’s demise would not be imminent. He therefore devised a plan to murder his father, and on a quiet night, approached his father’s bedside as he slept. He tied his father up and carried him to a nearby bridge. As he was about to throw him off the bridge, his father stopped him and calmly said to him, “Son, before you throw me off, just walk a couple of yards to your right for that is where I threw my own father from this very bridge.”

Ultimately, what we do to our parents will be done to us by our children.

guide us all. Ameen.