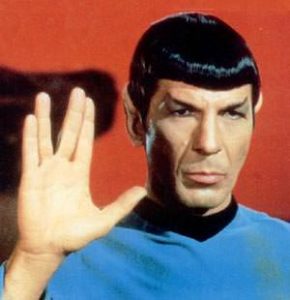 The Question of Atheism and Rationality

Living in the West, particularly Europe, one comes across the da’wah of the atheists. And one notes that the more aggressive of their du’aat like to advance the claim that true rational thinking, in light of known scientific facts, necessarily leads to atheism. As a Muslim, I not only reject that claim; I in fact question the universality of the rationality on which the atheist bases his conclusions. What the atheist calls rational thinking or reason is in fact a peculiarly Western “version” of rationality/reason, and as such it doesn’t pose any challenge whatsoever to the Muslim belief in God unless the Muslim (perhaps due to an inferiority complex) feels compelled to embrace everything Western. To illustrate my point, I would like to make a small digression by turning the readers attention to how different Muslim groups have approached the issue of God’s Names and Attributes throughout Islamic history.

In Dr. Sherman Jacksons book “Islam and the Problem of Black Suffering”, he identifies two Muslim groups that had different approaches to understanding the passages in the Qur’an which deal with God’s Names and Attributes. These are: the so-called Rationalists, and the so-called Traditionalists. The Rationalists basically adopted Greek logic (or “regime of sense” as Dr. Jackson calls it) in understanding God. Based on this, they felt the need to allegorically interpret God’s Attributes since they claimed that a literalist understanding of them would amount to anthropomorphism. The Traditionalists, on the other hand, approached the issue from a completely different, more down to earth, perspective. As Dr. Jackson writes:

“From a Traditionalist perspective (and certainly later Traditionalism), the commitment to plain sense or haqiqah neither implied nor amounted to anthropomorphism. In fact, according to the redoubtable Ibn Taymiya (d. 728/1328), it was actually the Rationalists who were guilty of anthropomorphism, which is what drove them to allegorical interpretation. According to Ibn Taymiya, the Rationalists’ inability to transcend created reality as their frame of reference forced them to associate God’s “hand” or “face” with the human or created hand or face. Then, on this association, seeking to deny all likeness to God, they set out to divest God of all “problematic” attributes, explaining away scriptural references to these via allegorical interpretation.” (129-130)

As we can see, these are two fundamentally different approaches to the same issue. Now, some Western academics like to assert that the Rationalist approach was truly based on reason whereas the Traditionalist approach was narrow-minded and, basically, opposed to reason. But Dr. Jackson doesn’t agree with that assertion at all. He writes:

“In reality, however, Traditionalism was neither a flight from “reason” nor a blind, fideistic commitment to literalism. The Traditionalists invoked “reason” almost as readily as did the Rationalists; they simply rejected the notion that “reason” was limited to the composite Islamicized Hellenistic-Late Antiquity version of it that the Rationalists embraced.” (132)

And in the same way, the Muslim should reject the notion that reason is limited to the Western atheist version of it. But how does the atheist regime of sense differ from the theistic Muslim one? Well, let me first mention what the Muslim and the atheist have in common. Both agree that scientifically verified truths should be accepted. So the question of God’s existence doesn’t really come down to science, especially since science, by definition, doesn’t deal with God’s existence (as it deals with the material world only). Now, it might seem as if the defining difference between the Muslim and the atheist is that the latter only accepts those things which are scientifically proven. But that isn’t the case at all. Atheists accept moral truths even though they cannot be proven scientifically (as science only deals with how things are not how they ought to be). But it doesn’t really stop there; they also accept metaphysical truths that cannot be proven. For instance, how can you prove scientifically that the external world, as you know it, is real as opposed to an illusion or a joke played on your brain by some mad scientist? You can’t. Yet, despite the absence of scientific proof in support of this metaphysical belief, the atheist still accepts it because he feels that it is rational to believe in the reality of the external world; his own existence wouldn’t make sense without this belief. And there are other metaphysical truths which the atheist believes in despite a lack of proof, simply because they make sense to him. Now, if the atheist were to come to a place where the people did not believe in the reality of the external world, he wouldn’t renounce his own belief in it even though he cannot provide any scientific proof in support of it – he clings to it since it is consistent with his regime of sense. In the same way, there is no need for the Muslim to discard his own regime of sense even though he may live in a non-Muslim society. For the Muslim, his existence doesn’t make sense without the belief in God (in the same way that existence doesn’t make sense to the atheist without his particular metaphysical beliefs), and there is really no need for the Muslim to dwell on the question of God’s existence. It is an essential part of his regime of sense which should, frankly, be taken for granted (again, in the same way that the atheist takes the belief in the reality of the external world for granted). And we should have more trust in the intuitive nature of our belief in God. Consider what Dr. Jackson mentions in the notes section of the book mentioned above (p. 208):

“[Ibn Taymiya] notes that primordial knowledge of God is much deeper and resilient, whereas theoretically based knowledge is likely to evaporate in times of stress and tribulation. In fact, in his Majmu’at al-tafasir, ed. ‘A Sharaf al-Din (Bombay: Dar al-Qimah, 1384/1954), 275-85, he gives an interesting treatment of self-ignorance and false consciousness, both of which can lead to the fallacy of attempting to prove what is already known. In other words, I can know God but not know that I know God because my inferior social status affords me not enough confidence in what I know without the validation of the dominant group. Similarly, I can be a coward, stingy, or shame-driven and not recognize these as the basis of much of my behavior. This lack of self-confidence and or self-knowledge can lead me to try to explain my actions and inclinations in ways that are totally unrelated to their reality. Similarly, my lack of accepting my knowledge of God as valid in and of itself can lead me to try to prove God’s existence in ways that are unrelated to God’s reality or the actual substance of my belief.”

To conclude, if I am allowed to speculate a bit, I would say that the atheist regime of sense as it exists in the Western world developed due to the specific circumstances that existed in that part of the world. Namely, the Church’s absurd opposition to science as well as the theological difficulties that Europeans developed with regard to the so-called problem of theodicy (as well as other factors peculiar to the West). This lead to a rejection of God in the name of rationalism and was later identified with it so that atheism was equated with rationalism. There is really no need for theists to adopt this alien paradigm.

Sunday Open Thread – IlmFest and Some Parting Thoughts Before Egypt