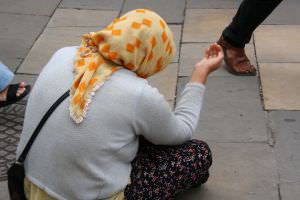 In the name of Allah, all praise is due to Allah, we seek his help and we seek his forgiveness. May the peace and blessings of Allah be upon our Prophet [salAllahu alayhi wa salam], the anbiya, the shuhadaa and all those that follow him until the Day of Judgment.

One of the greatest benefits of giving charity for the sake of Allah is that not only does it benefit us while we are alive but it is also able to benefit us after we pass away in the form of sadaqah jaariyah. Death will come to us all, when our time has arrived and the angel of death has taken our souls, our chance to do good deeds and work towards paradise will have also ended. We will not be able to pray any more prayers, perform one more Hajj, fast another Ramadan, read any more Quran and so on and so forth. With that, our good deeds will have ended also, with the exception of three:

The Prophet [salAllahu alayhi wa salam] said:”When a man dies, nothing lives on after him, except for three things: sadaqah jariyah (continuing charity), knowledge which can benefit others, or virtuous offspring who will pray for him.”

Allah has blessed us with the ability to continue accumulating rewards even while we are buried under the ground. One of the ways we are able to do so, as mentioned in the hadeeth is via continuing charity. This can come in many forms but it is ultimately something that has a long term effect and which people benefit from even after you have left the dunya. Ongoing charity is the waqf (Islamic endowment) which may take many forms. The definition of a waqf is that the origin is “frozen” and the fruits are donated for the sake of Allah.

Imam Al-Nawawi (may Allah have mercy on him) said in his explanation of Saheeh Muslim:

Regarding this hadeeth, the scholars say the meaning of this hadeeth is that the deeds of the deceased come to an end when he dies, and the renewal of reward ceases for him, except in these three cases, because he is the cause of them: his son is counted among his earnings, as is the knowledge that he leaves behind through teaching or writing, and ongoing charity, i.e., a waqf (Islamic endowment)

Charity which benefits others after death not only brings happiness to yourself but also happiness to those who are benefiting. How many a people have built masajid which people are still praying in until this day? How many a people have helped build an Islamic school in which children are still learning in until this day? How many people have built a well in a poor country from which people are still drinking to this day? Even if you are not in this world to see the benefits, you will reap them in the akhirah inshaAllah.

Helping to build a masjid has a special reward in addition to being an ongoing charity. Whoever builds a masjid will have the reward promised for that. This is what is narrated in the words of the Prophet (peace and blessings of Allah be upon him): “Whoever builds a masjid for the sake of Allah, even if it is like the nest of a sand grouse, Allah will build for him a house in Paradise.” [Narrated by Ahmad, 2157]. The hadeeth gives an example of building the smallest thing possible.

Sadaqah jaariyah is not just limited to schools and masajid. There is so much potential for reward which is ongoing. We can see from the sunnah of the Messenger of Allah (salAllahu alayhi wa salam) ideas and examples of this special type of charity. Abu Hurayrah (may Allah be pleased with him) said:

“The good deeds that will reach a believer after his death are: knowledge which he learned and then spread; a righteous son whom he leaves behind; a copy of the Quran that he leaves as a legacy; a mosque that he built; a house that he built for wayfarers; a canal that he dug; or charity that he gave during his lifetime when he was in good health. These deeds will reach him after his death.” [Ibn Majah/242]

There are many instances from the sahaba (may Allah be pleased with them) where they would give charity freely and give sadaqah jaariyah specifically.

As was narrated by al-Bukhaari (2737) and Muslim (1633) from Ibn ‘Umar (may Allah be pleased with him), that ‘Umar ibn al-Khattab (may Allah be pleased with him) was given a share of land at Khaybar. He came to the Messenger of Allah (salAllahu alayhi wa salam) and asked him what he should do with it. He said: “O Messenger of Allah, I have been given a share of land at Khaybar and I have never been given any wealth that is more precious to me than it. What do you command me to do with it?” He said: “If you wish, you can ‘freeze’ it and give it in charity.” So ‘Umar gave it in charity and stipulated that it was not to be sold, given as a gift or inherited, and he gave it in charity to the poor, relatives and slaves, for the sake of Allah and for wayfarers and guests; there was no sin on the one appointed to look after it if he ate from it on a reasonable basis, and fed others without storing anything for the future.”

“By no means shall you attain piety, unless you spend (in Allah’s Cause) of that which you love; and whatever of good you spend, Allah knows it well.”

The similitude of a person who gives sadaqah jaariyah is like the one who has planted a date palm in his garden. During his lifetime he is able to enjoy eating from the dates and sharing it with others, thus seeing the fruits of his labour (no pun intended). But when he passes away, the tree is donated to the community on his behalf and people can still enjoy eating from the tree and Allah will keep rewarding him every time someone eats from it.

Ibn Hazm (rahimullah) said in al-Muhalla (8/151): “Ongoing charity is that which continues to bring reward even after death.”

This means that whatever a person eats is that which is gone and no longer remains, but that which he gives in charity is what will remain for him with Allah and he will benefit from it on the Day of Resurrection. This hadeeth is a reference to the verse in which Allah says in Surah Nahl, ayah 96:

So long as the waqf is still in existence, the reward for its founder will be ongoing. So hasten to give charity and strive to make your charity ongoing, so that you may benefit from it after death. If we do not leave charity that is ongoing even after death then what else will benefit us after our death? Charity for the sake of Allah is an investment, not only for this world but for the hereafter as well. It is a chance for us to get the both of best worlds.