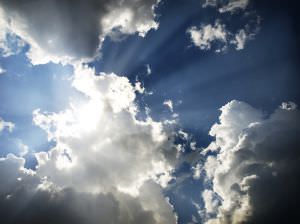 Dawah activities as well as introspective reflection on the nature of faith lead the Muslim believer to ponder the relationship between proof and religious belief. We believe, but on what basis? Do we have any proof that God exists and that Islam is the truth? And what, in the first place, constitutes proof?

Mind you, there are different schools of philosophy and all kinds of opinions on what it really means to prove something. Materialists and naturalists will, of course, argue that the scientific, empirical method for determining the truth should always be the name of the game. To turn to empiricism with respect to religion, however, is obviously problematic since the idea of God and spiritual truth is something beyond the material world. To use a method designed for the study of our material world in trying to determine whether an incorporeal, transcendent being exists would be like using a thermometer to measure the height of the ceiling – by definition, the method is unsuited to the task. Considering that philosophers of science constantly quarrel among themselves over what should qualify as legitimate science as opposed to pseudoscience (one may, for instance, mention Karl Popper’s criticism of psychoanalysis), we as Muslims and believers in a Just and Merciful God who gives every human being an equal opportunity to gain guidance have to reject the idea that the truth about Him only may be reached by the elites of the society who are thoroughly educated in the philosophy of science. Education isn’t universally accessible today, and not everyone has time for intellectual pursuits; most of the world’s people are too busy trying to put food on the table. To use sophisticated principles formulated in modern times as a yardstick for finding out the truth (about God, specifically) would put people of a higher socio-economic class at an advantage vis-à-vis the less privileged (and those who lived and died before these modern principles were formulated). Of course, not everyone shares the Muslim belief that God exists and that He is Merciful and Just. The point is, however, that if He exists, and if He is, indeed, Just and Merciful, then the yardstick for finding out the truth about Him would have to be superior to the one we use for finding out truths about the material world in order for everyone, regardless of time and place, to have equal access to that truth. If He exists, that is. But how do we know, then, if He does? What should, then, be used as the yardstick, the criterion for discerning spiritual truth? The answer, dear reader, is to be found in Surah al-Rum.

Do they not contemplate within themselves?

If a random man stopped me on the street and asked me if I believed in God, my answer would be that I do. If he were then to ask me whether this belief of mine is scientifically verifiable, I would say that the scientific method, since it only deals with the material world, cannot be invoked to determine the matter at hand. In other words, I would say that God’s existence (probably) isn’t scientifically verifiable. He may then ask me if I were sure. Positive, I would reply. But how, he would wonder, can you be sure even though it isn’t scientifically proven? My response would be the following: I know that God exists the same way that I know that murder is wrong. It cannot be scientifically proven that murder is wrong; science doesn’t even deal with that question as it is beyond its domain. Yet, I still believe that murder is wrong. Why? Because it is an innate human belief. In the same way, my entire being screams out a declaration of God’s existence. I simply cannot not believe. I have no doubt that murder is wrong, and I have no doubt about God’s existence. Neither of these two things is scientifically provable, yet I know them to be true. Since God wants guidance for everyone willing to receive it, He already created us with a natural and intuitive inclination towards the truth about Him.  That way, when a prophet comes to us with God’s message, we can immediately recognize it as truth because it will sound intimately familiar to our soul. This means that we are already equipped with the ability for finding out the truth, we already possess said yardstick. It is within us. So when the dhikr (reminder) reaches us, telling us that killing, lying, stealing, etc., are wrong, all we have to do is respond since we already know that it is true. And when the message of tawhid reaches us, we instinctively know that it is true. We know that God exists, we know that He isn’t a human being or in any other way like His creation, and we know that He alone deserves our devotion. This natural human inclination towards truth is called the fitrah.

So direct your face toward the religion, inclining to truth. [Adhere to] the fitrah of Allah upon which He has created [all] people. No change should there be in the creation of Allah. That is the correct religion

The signs are there for us, all of them speaking to our soul. His creation points to His existence. One of His signs is the beauty of love between a man and a woman.

And of His signs is that He created for you from yourselves mates that you may find tranquility in them; and He placed between you affection and mercy. Indeed in that are signs for a people who give thought.

Today, we know all about the physical and chemical reactions that take place in our bodies when we are in love. Yet, the mere notion of love between two people speaks to our soul. Through recognizing the beauty of love, we see the hand of God.

However, the question arises that if the signs of His existence are there for us to recognize, and if we are created with a natural disposition to faith, why doesn’t everyone believe?

They know what is apparent of the worldly life, but they, of the Hereafter, are unaware.

Obviously, God is hidden from our senses. The Qur’an ridicules the notion that God and His angels should descend to the earth so that people can see them, pointing out that the matter would then be settled, everyone would have to believe, and there would no longer be any wisdom in going through this worldly life as a test. But the question remains, why do some believe while others don’t? We all know that God guides whomever He wills, but what is the factor that brings about God’s guidance?

But those who wrong follow their [own] desires without knowledge. Then who can guide one whom Allah has sent astray? And for them there are no helpers.

We have a choice in life. We can choose to go through it suppressing and smothering this built-in inclination towards truth and following our own desires instead. We can choose to focus on getting the most out of this material world, ignoring and covering our innate recognition of spiritual truth (the term for unbelief, in Arabic, is kufr which literally means covering over). The people who choose this path do not yearn for God’s guidance, and so He leaves them to wander freely in this dark world. Thus, we find some people who ignore their fitrah by denying God. Some ignore it by justifying murder, lying, and thievery. There are others who decide to overrule the impulse to pursue only the material world; instead, these people embrace and celebrate their innate belief in God. The love for Him is simply too strong, and therefore they dedicate their lives to Him. They surrender and submit to Him (and this is what Islam means in Arabic), and so God guides them to His light. When they hear His Words, they instantly recognize them as being true.

And you cannot guide the blind away from their error. You will only make hear those who believe in Our verses so they are Muslims [in submission to Allah].

In the afterlife, the delusion of those who chose the wrong path will become apparent to them. And it will be clear that the people of faith, with their consciousness of spiritual matters, possessed the true knowledge.

So be patient. Indeed, the promise of Allah is truth. And let them not disquiet you who are not certain [in faith].

10 Ways American Muslims Can Help Save the World