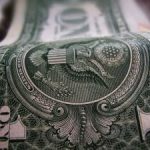 For many families, these hard economic times have reduced their ability to give sadaqah regularly. If you’re a student, you may be feeling the pinch a little more than others. One of the beautiful aspects of our religion is that Allah (subhanahu wa ta’ala) commands the believers to do good, but He leaves the “how” open to us. Allah (ta’ala) out of His Mercy did not specify all good deeds, because the capability and opportunity are different for all Muslims.

Abu Musa Al-Ash`ari (may Allah be pleased with him) reported: The Prophet (sal Allahu alayhi wa sallam) said, “Giving in charity is an obligation upon every Muslim. It was said (to him): “What about one who does not find (the means) to do so?” He said, “Let him work with his hands, thus doing benefit to himself, and give in charity.” It was said to him: “What if he does not have (the means) to do so?” He said, “Then let him assist the needy, the aggrieved.” It was said: “What about if he cannot even do this?” He said, “Then he should enjoin good.” He was asked: “What if he cannot do that?” He said, “He should then abstain from evil, for verily, that is a charity from him.” [Bukhari and Muslim]

Imam Nawawi (rahimahullah) says, “This Hadith emphasizes two things. Firstly, it induces one to work hard so that he can fulfill his own needs and also spend in the way of Allah. Secondly, it points out a great variety of virtues and good deeds so much so that even to abstain from sin also comes in the category of sadaqah.”

Imam Nawawi (rahimahullah) says, “There are three hundred sixty joints in a human body. It is these joints which enable him to work and make all kinds of movements. If man’s body did not have these joints, it would have been impossible for him to sit, stand, lie, move, and make use of the different organs of his body. Thus every joint is a blessing for which one must express gratitude to Allah. It is yet another blessing of Allah that He has also told man a very easy way of thanksgiving which can be practiced even by the poorest man in the world. This means of thanksgiving is recitation of tasbih (subhaan Allah), tahmid (alhamdulillah), takbir (Allahu Akbar), tahlil (la ilaha illallah), and to preach virtue and forbid wrong or unlawful conduct, etc. If one is unable to do even this, then he should perform two rak’ah prayer. If one wants to enlarge the number of rak’ah, he can increase them to eight with the condition that the eight are divided into four couplets.”

Ways You Can Give Sadaqah

We learn from this hadith that whatever good action and deed is done by a Muslim, he gets a reward of sadaqah on it. The word ma’ruf stands here for every virtue and noble deed. Renunciation of evils is also a virtue (mar’uf).

Imam Nawawi (rahimahullah) says, “This hadith highlights two important points. Firstly, the enthusiasm of the companions of the Prophet (sal Allahu alayhi wa sallam) for surpassing each other in good actions. Secondly, it tells that virtue has a vast meaning in Islam and it includes every action which is done with good intention, provided it does not involve disobedience of Allah. So much so that it covers even natural activities of man which fall in the category of mubah (that which is permissible and may be omitted without fear of sin) and one is rewarded for them. Not only that, one is rewarded even for abstaining from a sin on the condition that the abstention is for the obedience of Allah. Then abstention rises to the level of an act of obedience and is rewarded likewise.”

Although the economy has put many Muslims in financial hardship, we should remember the saying of the scholars: “The reward is according to effort of the deed.” If a person only has $5 in their pocket and gives $3 in sadaqah or all $5, then his reward is greater than a millionaire who gives $1000 in charity. The above list is only meant as motivation for us to race to do all types of good deeds because the Prophet (sal Allahu alayhi wa sallam) said:

One specific way a Muslim can engage in acts of sadaqah is by working in the social work field. Social services is not only something recommended in the Qur’an and Sunnah, the Prophets of Allah were social workers for their nations. The righteous of this ummah were not only known for their knowledge and their deeds, but they also were community workers and reformers. The Prophet (sal Allahu alayhi wa sallam) assisted in the building of his masjid, Abu Bakr (may Allah be pleased with him) would clean the house of a blind woman, Zain al Aabideen would deliver food to the houses of the poor in the dark of the night.

You may not be able to donate financially, but one way that you can give sadaqah is to spend your time helping with various social service projects and activities within your community.  There are many websites like http://www.volunteermatch.org/ that post many activities and projects you can volunteer with. Here are some ideas:

These are just a few ideas you can work on. Remember that the best way that you can help this ummah is to do what you are GOOD at. Imam Bukhari knew what his strength was (his memory) and he utilized it. He became a muhaddith (scholar of hadeeth) not a mufassir (scholar of Qur’anic tafseer). Find your strength and use it to help the ummah. Every individual has a different role; find yours and embrace it.

Have any more ideas for ways to assist the community? Share in the comments inshaAllah.

I’d like to end with something a dear friend of mine once said: “The goal of social service activities shouldn’t just be doing ‘random acts of kindness’ but to actually ease people’s loads and make a concrete, measurable difference in the community.”

May Allah ta’ala grant us the opportunity to assist our ummah and the Muslims, and may He (azza wa jal) make us among those who constantly spend in charity.

Amid the Tents of Mina; the Dua of a Mother