With the Brass Crescent Awards coming to a close (remember to submit your votes by tomorrow!), and the launch of the new Muslims Bloggers Directory, I feel it’s a good time to take a closer look at the world of Muslim blogging.

I’ve had the honour of working on several online initiatives alongside MuslimMatters these past couple of years. In particular, the website Ijtema.net, which, since its launch back in 2007, has aimed to promote the ‘best of the Muslim blogosphere’. 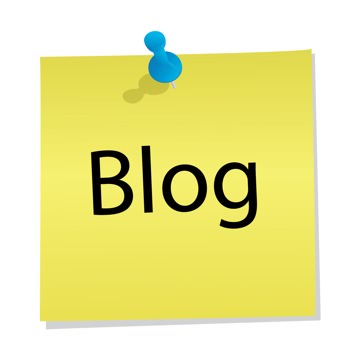 Our initial approach to achieve this goal was to act as a type of human filter of the Islaminet: our team of editors would link to Muslim-authored content that we found interesting, in the hope that our readers would too. I guess that they did, as we were nominated for a BCA last year under the category “Best Group Blog” – though we were beaten by some unknown entity called “MuslimMatters.org”. Anyone ever heard of them?

However, as the number of Muslim blogs we followed became greater and greater, and the spare time of our editors became less and less, we knew we could not sustain our efforts for much longer. We decided to close the site, albeit temporarily, and focus on a new, hopefully more efficient strategy.

That eventually led to the launch of the Muslim Bloggers Directory – a freely accessible, categorised collection of links to Muslim blogs, vlogs, and other multimedia channels, with a custom search engine allowing visitors to search through the actual content of listed sites.

It took the Ijtema team about a year to complete the task of preparing the directory – mostly due to the same lack of time and energy that lead to our initial demise. Ask any activist: one of the main downsides of initiatives that rely entirely on volunteers, is their abandonment when the “day job” eventually takes over. In our case, various members began PhDs, created new families, returned to old careers, and one even took a step backward and become an MSc student again after completing her PhD (ahem).

So what does all this have to do with the title of my short thesis: “Observed Trends in the Muslim Blogosphere”? Well, compiling the database of >500 links presently listed on the directory, whilst concurrently experiencing life in the Muslim blogosphere, and meeting other prominent Muslim bloggers in person, has lead to some interesting conclusions.

The life of a Muslim blog can be very short indeed

This applies to all blogs, but even more so the ‘successful’ ones. One of the organizers of the BCAs, a co-panellist at the RMW event, ‘Wired Warriors for the Soul of Islam’, mentioned that the average life cycle of a blog nominated for an award is about two years. This observation was verified by the need to weed out dead and/or password-protected blogs (which are effectively dead to all but a selected few) from the directory database. Those same links had been active and open at least the year prior, when they were first added – so what killed them?

Many have blamed outlets like Twitter, and Facebook, that provide the quick mental fix that many bloggers depend on to get through the day: that is, to express themselves, to be heard, and to engage with others – even if the discussion is restricted to 140 characters at a time. In fact, I suspect this has been the cause of my own reduction in blogging activity. But at the end of the day, my blog is still “alive”, if not a little lean… so can Twitterbook really be the prime suspect?

“Non, je ne think not pas” as the owner of the little, grey cells may have put it… or more likely, this man (imagine: 12 years ago I got an A* in GCSE French).

IMO, the most likely cause for premature blog death is the disappearance of factors that lead to the individual blogging to begin with; namely: free time, passion and inspiration. This can be especially true for ‘popular’ blogs, where said individual – who may have had no initial intention of ever becoming popular (though most hope to be influential) – becomes burdened by the pressure of having to please their audience. Even in the age of feed readers (you must know what an RSS feed is by now? No?! Okay, read this beginner’s guide then), many bloggers feel compelled to publish quality posts, at a consistent rate, lest the readers lose interest.

Therefore, the innocence of a fresh, young blogger to the lure of fame may be the only thing that keeps their blog from going under. Further, popular sites may also become a victim of their own success by becoming attractive targets for ‘trolls’ and other nasties, forcing the owner to seek refuge in password-protection and restricted-access.

Of course, it doesn’t have to be as dramatic as all that. As I described earlier with Ijtema.net, circumstances change due to the numerous course corrections we make on the journey that is life. People get busy, or simply lose interest. In fact, I firmly believe the only reason MuslimMatters has not yet succumbed to the same limiting forces is that, first, we only remain here by the benevolence of Allah, in spite of our numerous mistakes and shortcomings – and second, though most of the staff have moved on with their lives (several doing so quite literally, exchanging N.America for more Middle Eastern climes), their passion to share Islam and aid the Muslim community remains as strong as ever, alhamdulillah.

Considering that most blogs do not make their authors enough money to offer any material incentive to keep writing, it really is passion that keeps a blog alive.

The majority of Muslim blogs on the directory are “personal”

That means, they don’t have an obvious niche theme, such as cooking, stamp-collecting, or gardening (actually, I don’t think I’ve come across a gardening blog run by a Muslim – someone set one up, eh?). As I say about my own blog: its overarching, central, unifying theme is… me. Not too egotistic, right? But it’s true. I, and most authors of ‘personal blogs’, write about whatever inspires us, which often happens to be the minutiae of our own lives. So if the blogger leads an interesting existence (not me), or writes particularly well (still not me), and they know how to plug their blog at every given opportunity (not m-… oh wait, that’s definitely me), then that makes a good recipe for success, insha’Allah. That could be why no-one reads my blog (which, fyi, lives here).

The next most populated category is politics, followed closely by Islam – though each of these categories has only half the number of links that have been shelved under “personal“. That tells me, though Muslims love to talk politics and religion, what they really love to talk about most, is themselves!

Of course, to be fair, it could also be the fault of certain Ijtema editors who tend to shove blogs under the ‘personal’ category, when they don’t know where else to put them… that calls for a second “ahem”.

Geographical regions are not equally represented

There is a great skew in the stated location of Muslim blogs towards the northerly part of the Western hemisphere, with a massive over-representation of N.Americans in the dataset. In actual fact, we don’t have any blogs listed for S.America! Does this mean that N.American Muslims are more expressive than the rest of the world?

Before we draw any conclusions, let us first assess some underlying parameters: the directory only presently lists blogs written in English. Second, many of the blogs were discovered via blog rolls; as like attracts like, if we started off reading American blogs, we were more likely to come across even more American blogs. Third, not everyone states their location: so it could just be that American Muslims are more proud to state their nationality, and/or they care less for their own personal security, than the rest of the world.

But I suspect that the most significant factor of all, as noted by another RMW panellist, is that much of the world does not have reliable access to a source of electricity, never mind the funds to afford a high-speed internet connection. As many Muslims live in the poorest countries, some of which are ravaged by war, with weak or crumbling infrastructures, it is not hard to understand why these populations are under-represented online, no matter what language they write in. Ironically, their stories may actually be the most interesting and educational of all. Indeed, the web isn’t as ‘world-wide’ as we might imagine it to be.

Muslims blog, just like everybody else. Muslim blogs die, just as other blogs do. Muslims prefer to share their own personal experiences, just like people from other communities. Muslims in the West have the privilege of internet access – unlike much of the rest of the world.

I leave you now with a request to submit your links to the Muslim Bloggers Directory; especially those that redress the imbalances that I have described above. We want more niche blogs that seek to educate us about the thrills of activities such as bird watching, and base jumping (are extreme sports even halal?). And we would also love to hear about bloggers based in the East… and North, and South. Basically, anywhere but the West – unless you happen to be an American Muslim, paragliding ornithologist.

Some humorous blogs would be nice too.

Related Topics:blogosphereMuslim directory
Up Next

Linking In To Make Muslims Matter