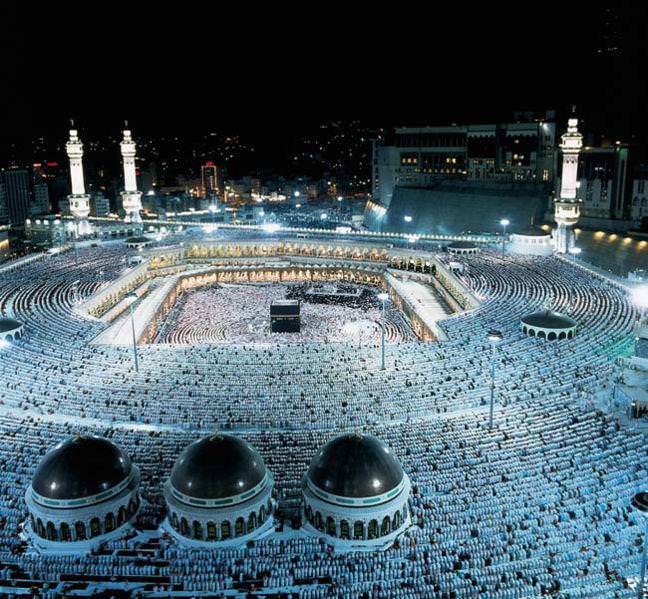 Ever wonder what to pack, how to keep safe, how to manage stress, and how to manage your time?  This is a shorter version of a much more comprehensive “Practical Guide to Hajj & Umrah” I prepared years ago, meant for those about to leave for hajj.

A) BUY A  DIGITAL LUGGAGE SCALE 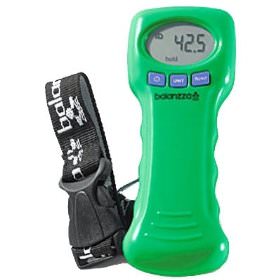 This device really comes in handy when traveling. No more worrying about overweight luggage.  Also, during hajj you might end up buying a lot of items and are not sure how that will affect your luggage weight; this will surely help.

The one in the picture sells on Amazon.com for $17.

Bring at least two extra ihram clothes.  Better yet, buy them even cheaper once you land in Saudi.

You will probably want to change your clothes as they get dirty, sweaty, etc. — and laundromats are not easy to find while doing your manasik (at Mina, Muzdalifa, or Arafat).  Also, on the cold nights you can bundle up with layers to keep yourself warm.

D) HOW TO PACK YOUR ZAMZAM

People steal your zamzam if they see it on the luggage conveyor belt (this happened to me several times). Even once I told the guy next to me “I think someone stole my zamzam”, to which he replied:  “Oh, just take someone else’s, that’s what I do.”

So put your Zamzam in a book bag or duffel bag, something inconspicuous. Just make sure it does not look like a container of Zamzam.

A) BRING AN UNLOCKED GSM PHONE WITH YOU

You can buy a phone line in Mecca or Medina for about 100 riyals and use it on your cell phone.  This will come very handy in case of emergencies, or if family back home wants to contact you. Outgoing calls to America are four riyals per minute, and Incoming calls are free (so if you’re family wants to call you anytime they can).

B) MAKE SURE YOU HAVE ALL YOUR PRESCRIPTION MEDS.

You can easily find pharmacies throughout Makkah and Madinah, but sometimes it’s a hassle to get the exact kind you want and not a generic.

C) MAKE YOUR OWN I.D., AND KEEP IT ON YOU AT ALL TIMES

Remember, your group guide has your passport with him.  So you need some sort of identification on you in case:

a. You pass out or fall ‘unconscious’ (I’ve seen this happen).

b. You get lost and cannot find your hotel (I’ve seen and heard of this happening too).

Commonly, why people get lost is that after getting off the bus in Mecca, you go to the haram right away and make Umrah.  When you finish, you forget where your hotel was, or you get confused because some hotels have the same name, so you get lost. How to prevent this from happening:

D) WATCH OUT FOR PICK-POCKETS & THIEVES

Pickpockets: You will find a lot of pickpockets in Makkah, especially in the tawaf area.   Make sure your money is somewhere they cannot get to.

Thieves: Whether the hotel cleaning people, or just at your tent in Mina, make sure you keep your personal belongings safe.  A portable safe like the one on the right goes for around $35.

E) TAWAF ON THE 2ND FLOOR IS SAFER

Although it will take you longer to make tawaf on the 2nd floor,  if you fear for your safety or for your family member this is the better alternative as it is less crowded.  The 2nd floor tawaf is also wheelchair accessible.

F) IF YOU’RE OVERHEATED, HEAD FOR THE KING FAHD GATE.

The entire King Fahd gate area of the Haram is air conditioned, while other areas just have fans.  I would recommend this area for Jumu’a especially, or in the middle of the day when the sun is burning hot.

A) CHANGING YOUR PERSPECTIVE

The two biggest complaints everyone has is:

A simple change of thought helped me to to turn the crowds into pleasure. How?

Instead of saying : “Oh my gosh, it’s so crowded,  I can barely breath, these people are coughing in my face and stepping on my feet, etc”.

2) How disorganized, uncomfortable, and tough it is:

Hajj is not a vacation,  but it is and should be a way of you seeing what is going on in the world.Growing up in the west has left a lot of people spoiled, if you don’t mind me being blunt.   I would recommend when you see your own minor hardships, just look at the millions of other people outside of your bubble who walked to Hajj or came by bus, who live in their own cloth tents instead of the big hotels we are in, who are dirt poor and trying to eat some scraps while we are complaining the biryani is not spicy enough.

Even if you are patient enough to handle the annoyances of crowds and strangers, you may not be able to control yourself with someone you know who can really get under your skin. Remember, you can’t argue or yell at anyone during Hajj, so your best bet is to avoid anyone who will get under your skin.  You don’t want to regret later on how you managed to stay patient through all the hardships but ended up arguing with someone you know over petty issues.

A) LEAVE YOUR WATCH AT HOME

Time is irrelevant during hajj; what would normally take minutes takes hours, what normally takes hours takes days.  Staying 36 hours and sleeping at the airport to get home  is common (happened to me).   Waiting on a bus or walking for hours on end is normal too. Just throw away the watch, it will only frustrate you.

B) LEAVE YOU LAPTOP, iPHONE, ETC AT HOME

On the first day at Mina, I saw a pickup truck pulling up and four guys hauling in a 52″ big-screen TV into someone’s tent.

I see so many people so unable to detach themselves from the world, and they will come back without any spiritual or mental relief.  Take a mental & spiritual vacation and relax; you can check your email when you get back.

C) GET TO KNOW PEOPLE

One very good advice I got from someone who makes Hajj every year, is that one of the only things you will remember and take back with you is the brotherhood you developed during hajj.  Spending days upon days with the same people, getting to know their personal lives, eating and sleeping together, really helps develop good bonds. To this day, when I see the people I went to Hajj with at conferences or other events, we just hug each other, laugh and chat just like old friends.

D) DO NOT WASTE YOUR TIME IN ARAFAT SLEEPING, ETC

I have personally seen people spend a lot of their time at Arafat sleeping. Even worse, I saw many others wasting time on camel rides, shopping in the market, etc.

You will be very tired on the whole trip, so just drink lots of instant coffee, eat less, and remind yourself you have just one day to seek forgiveness from Allah for the entirety of your sins since you were born (which is probably more than you can even remember).

E) WALKING MIGHT BE FASTER THAN TAKING A BUS

I spent nearly 9 hours on a bus once going to Muzdhalifa, when I could have just walked for an hour or so.   If you feel you have the ability to walk, know the way or will go with someone who does, and suspect the bus might take forever, ask your group leader if you can just walk.