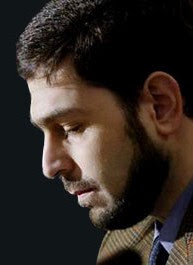 In 2002, Maher Arar was detained without charge by the INS and denied the right to counsel.  Even though he was a Canadian citizen, the United States government–based on Canadian intel–deported him to Syria to be tortured for information.  For ten months, Mr. Arar was thrown in a three-foot by six-foot “grave” and was brutally beaten with shredded electrical cables.  His beatings were so severe that he became suicidal, claiming that death would be better than what he was made to endure.

Mr. Arar noted that the Syrian interrogators asked the exact same questions that were asked by American interrogators, which led him to believe that this was a case of torture by proxy. After 374 days of repeated beatings, Mr. Arar was released without charge, and he was finally reunited with his family in Canada.  The Syrian government declared that they could find no terrorist links, and Imad Moustapha, a Syrian official, stated: “We tried to find anything.  We couldn’t.”

Mr. Arar sued the Canadian and American governments, demanding a formal apology for violating his constitutional rights. The Canadian government established the Commission of Inquiry into the Actions of Canadian Officials in Relation to Maher Arar to investigate the issue.  After more than two years of investigation, the Commission of Inquiry ruled in Mr. Arar’s favor, concluding that he had absolutely no terrorist links and that the Canadian government played a role in his deportation to Syria and subsequent torture.

In September of 2006, the RCMP Commissioner Guiliani Zaccardelli issued the following public apology to Mr. Arar during the House of Commons session:

Mr. Arar, I wish to take this opportunity to express publicly to you and to your wife and to your children how truly sorry I am for whatever part the actions of the RCMP may have contributed to the terrible injustices that you experienced and the pain that you and your family endured.

In January of 2007, the Canadian government awarded $11.5 million to Mr. Arar in a compensation settlement, and the Canadian Prime Minister Stephen Harper issued a formal and public apology on behalf of the government.  However, no punitive actions were taken against any Canadian officials.

Meanwhile, Mr. Arar also sued the United States government, bringing a suit against former Attorney General John Ashcroft, the FBI Director Robert Mueller, and former Secretary of Homeland Security Tom Ridge, amongst others.  The suit alleged that the United States government denied Mr. Arar his constitutional right to due process, and that it had violated the Torture Victims Protection Act and international law.

The U.S. government quashed the case by invoking “States Secrets Privilege,” dismissing the suit due to “national security concerns.”  The Center for Constitutional Rights, which represented Mr. Arar, appealed the verdict.  However, this week Al-Jazeera reported that the federal appeals court rejected the appeal: “In a 7-4 vote on Monday, the US court of appeals for the Second Circuit agreed with a lower court that Arar could not sue US officials.”

The question now is: will Mr. Arar appeal his case to the Supreme Court?

In 2006, the Letelier-Moffitt Human Rights Award was given to Mr. Arar.  The United States government did not permit him to collect the award, and so Mr. Arar was forced to give a video acceptance speech:

In 2007, Mr. Arar was honored in the annual TIME Magazine 100, listed under number 58 in the Heroes and Pioneers category.  The entry, written by US Senator Patrick Leahy, declared that his case “stands as a sad example of how we have been too willing to sacrifice our core principles to overarching government power in the name of security, when doing so only undermines the principles we stand for and makes us less safe.”  The U.S. government again denied him the right to attend the TIME awards ceremony.

Although the case received considerable media coverage in Canada, it has largely been ignored by the U.S. mainstream media.

A brown box on the doorstep… Aafia Siddiqui’s suffering enclosed

Dr. Hashmi was born and raised in California. Apart from medicine, he enjoys writing about â€œIslamic topics,â€ which he does under a number of online aliases. Dr. Hashmi is proud to be one of MMâ€™s more liberal-leaning writers, providing controversial and highly opinionated views.