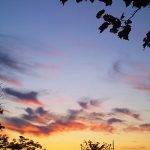 Notes on the Khutbah (from Tayybah.com)

Praise be to Allah.

Ramadan is just around the corner. It is a special month, a long-awaited month. Sometimes we do not even understand for ourselves the desire for this month. What makes this month so special? It is linked directly with the Qur’an and the Qur’an says so itself, mentioned several times, and he recites the ayah that says Ramadan is the month in which the Qur’an was revealed, I believe it is [2:185]

1. Learn Arabic. It doesn’t matter if you’re a native non-Arab speaker, that is not an excuse. Where there’s a will waAllahi there’s a way. This will also help your salah, will elaborate on this later.***

2. Recitation. Give the Qur’an it’s due right

A. Speed. When we have a plate with delicious food some of us eat it so swiftly just because the food is delicious, i.e. we don’t even really get to taste it and it’s gone before we know it. Others will eat it slowly, cherishing the flavor of every morsel. This is a direct analogy being made to recitation of the Qur’an.

B. When asked about how the Messenger of Allah (saw) would recite the Qur’an Umm Salamah (ra) said that he would recite ayah by ayah, in another hadith narrated by someone else they said similarly and that he would pause. When you’re reading/reciting the Qur’an and come across something about Jannah/pleasurable pause and pray to Allah for it. Similarly when you come across something about the Hellfire, punishment, or some warning pause and seek protection in Allah from it.

All around the world cultures have become integral with their own forms of music, one can’t help but keep in mind/heart some of the songs and when we play these back we try to emulate those sounds, voices, even though the lyrics are for the most part in vain and even detrimental. The Qur’an, the divine, true words of/from Allah is most deserving of beautification of the voice that comes from your heart.

Shares 2 hadiths. One says that the Messenger of Allah (saw) told us to beautify our voice when reciting the Qur’an and then mentions a similar hadith from Sahih Bukhari that is very strong, i.e. “He/she who does not beautify their voice [when reciting the Qur’an] is not from us [Ummat Muhammad]” Some might say, “But Shaykh, my voice is not beautiful.” With proper tajweed (uloom ul tajweed, I forget where in the kutbah he mentioned it earlier) by necessity (reciting from your heart) mashAllah your recitation will be beautiful.

D. Knowledge & Understanding. Try and learn what the Qur’an is really trying to tell you, the depth behind the words, the context, its rulings, application and so on. ***This will help you in your salah. When you do not know the Arabic or the meaning behind the words the ritualistic aspect of salaah is greater than the recitation of the Qur’an. With knowledge of these things comes focus.

3. The purpose, function of knowledge is action. Don’t just learn about the Qur’an, learn from it, apply it, use it to better yourself, your life, and so on.

In closing the Messenger of Allah (saw) said the best amongst us are the Qaris. Today that term is used for those who recite the Qur’an (with some level of mastery over at least 1 Qira’at I’m guessing). But the Prophetic usage was for someone who memorized the Qur’an, recites it, knows & understands it, and teaches it. There is a hadith that on the Day of Resurrection Allah will tell us, “Read! And ascend.” There will be a staircase and for every ayah we recite we will take a step forward. So if you only know 5 ayah you will ascend 5 steps. And Allahu Alim maybe if you recite as slowly as Qari Abdul Basit you’ll take 10 instead, and maybe if you recite it quickly you’ll only take 2. But if you know the entire Qur’an you can’t fathom how far you will go in comparison.