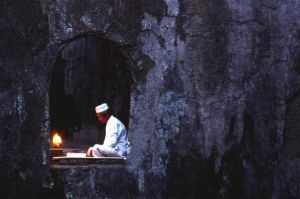 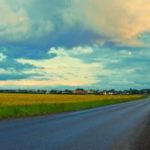 A few weeks ago, I was asked to deliver one of the most difficult khutbahs of my life – a preparing for Ramadan khutbah on the Friday just before the start of Ramadan. How can I possibly motivate people about Ramadan? This was compounded by the fact that I myself was not yet mentally prepared for the onset of Ramadan. Truth be told, more than the forgiveness and virtues of the month, most of my personal discussions simply lamented the fact that the fasts this year were going to be SOOOO long.

Alhamdulillah, I used this opportunity to try to get myself in the Ramadan mindset first. I quickly realized a few things. Firstly, the mental preparation for Ramadan requires motivation and a focus on the bigger picture. What do I intend to get from the month, and how do I do it? Secondly, a majority of people (myself included) often reach their goals during Ramadan, but then level off and decline thereafter until the next Ramadan – creating an endless loop. Thirdly, when it comes to ‘preparing for Ramadan’ most people are accustomed to hearing the usual quotations on the virtues of Ramadan, compassion for the poor, and things like avoiding backbiting while fasting. I wanted to avoid what most people are accustomed to or expecting.

While preparing, I came across a number of ahadith that really struck me. The most powerful was this one,

Jibreel said to me, ‘May Allah rub his nose in the dust, that person to who Ramadaan comes and his sins are not forgiven,’ and I said, ‘Ameen’.”…

This really struck me, and it reminded me of the narrations about having parents who live into old age and not earning Jannah by taking care of them. But I also came across ahadith showing people who did receive the forgiveness of Allah by doing small acts, such as removing something from the road, or the famous story of the prostitute who was forgiven for feeding a hungry dog.

With that in mind, let’s try to see what we need to focus on in this month, and then see what ‘small’ actions can complement it.

O you who believe, fasting has been prescribed upon you, as it was on those before you, so that you may attain Taqwa.

One of the ways taqwa is attained during this month is by taking a person out of their normal routine and making them constantly second guess themselves. This is most readily apparent during the first few days when you have to adjust yourself not being able to eat and drink, even when food is around you, or you have a habit of randomly eating french fries off your kids plates sometimes without thinking about it.

But what’s the next step after you begin to better develop Taqwa?

The more a person starts to be conscious of Allah in his day to day actions, the more he should increase in his gratitude to Allah for the favors bestowed upon him. A person who is conscious of eating halal food (meat debates aside), should then become the first person to be thankful for being given halal sustenance in the first place. A person constantly thinking about Allah, knowing Allah is watching him, will be the one who becomes thankful for things others take for granted – such as simply having clean water to drink or a bed to sleep on. And if you are reading this post, think about the blessings just of having a computer, electricity, and something comfortable to sit on as you read this – walhamdulillah.

And (remember) when your Lord proclaimed: “If you give thanks (by accepting Faith and worshipping none but Allah), I will give you more (of My Blessings), but if you are thankless (i.e. disbelievers), verily! My Punishment is indeed severe.” [14:7]

When a servant becomes more thankful to Allah, then He increases them in those blessings! Subhanallah. And He increases even more with other blessings, such as,

And We made them leaders, guiding (mankind) by Our Command, and We inspired in them the doing of good deeds, performing Salat (Iqamat-as-Salat), and the giving of Zakat and of Us (Alone) they were worshippers. [21:73]

What is amazing is that this relationship is true in the general sense – ibadah creates taqwa, then shukr, then more blessings, and thus more worship – bringing us back to the beginning of the cycle again subhanAllah. But in the beginning, we discussed fasting specifically being a cause of taqwa, so what about the end? Does this relationship have an ending specific to Ramadan as well? The last ayah quoted says, ‘We inspired them in the doing of good deeds, performing Salat…’ –

While the subject matter of this surah is obviously the night of Layl-al al-Qadr, the real theme and lesson we need to pay attention to is that this surah is about being consistent in worship. If we look at the big picture, our fasting in Ramadan is preparing us to reach this stage of worship, built upon Taqwa and Shukr. Once there, Allah blesses us with this opportunity now to seek His forgiveness, and in such a way that after Ramadan our worship increases even more.

Focus on making this Ramadan about developing an awareness of Allah with every action, and focus on being grateful to Allah for the blessings He has given us. And remember His vast Mercy, and know that if we sincerely ask, even a ‘small’ deed can weigh heavily for us in the akhirah. It is on that note, that we should remember this supplication that the Prophet (saw) taught Aisha (ra) to say while seeking the blessed night in the end of Ramadan,

A more detailed explanation of this dua (covered previously on MuslimMatters),

What do all these italicized words mean? The common translation of the supplication above is,

O Allah indeed you are a Pardoner, and you love pardon, so pardon me.

That’s it? The supplication for the last 10 nights, THE supplication we are supposed to focus on, is just to be ‘pardoned’ by “The Pardoner”? Isn’t there more to it?

Seems a bit strange, let’s look at it in more detail.

The linguistic meaning of ‘afuww is to leave, neglect (pardon), to wipe away, and to increase. ‘Aafiyah is Allah’s defense of His servant from things like disease and tribulation. ‘Afu is the one who possesses great ‘afw.

This Name implies that He ignores the sins of the servant. He knows the sins (you must know them before you can make ‘afw of them) but He does not call the servant to account for it. The servant is deserving of punishment, and Allah has full ability to punish His servants, but Allah does ‘afw for them. It is more than just pardoning or covering it up, it is wiping it away completely.

When the Name is paired with Al-Ghafoor, we see an extra level of forgiveness. Al-Ghafoor is the One who forgives no matter how large the sin.

When we look back at the original supplication, we see a more profound meaning. Allah is Al-Qadeer, with full power to do with us as He wants,

And if Allah were to seize mankind for their wrong-doing, He would not leave on it (the earth) a single moving (living) creature, but He postpones them for an appointed term and when their term comes, neither can they delay nor can they advance it an hour (or a moment). (16:61)

In spite of that warning, He wipes our sins away for us, no matter how major they are. Not only does He wipe them away, but He loves to wipe them away. SubhanAllah.

This is why we should make this supplication fervently, seeking for it to be answered in the night, in the most special of nights, seeking the forgiveness and mercy of Allah, humbling ourselves knowing the sins we have committed, and asking for Him to pardon us for our transgressions.

For those interested, you can hear the khutbah here:

Related Topics:10 nightsIbaadahlaylnightofpowerqadrramadanshukrSpiritualitytaqwaWorship
Up Next