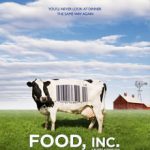 After seeing Food, Inc. this week, my friends and I had a collective “Alhamdulillah we are Muslim” moment.

In this culture of “what we don’t know can’t hurt us” mentality, I found this movie to be enormously eye-opening, particularly for one who is not familiar with the food industry and the impact it has on the world economy.

Food, Inc. has brought to light many issues that the average American not only doesn’t think about, but probably has no idea even occurs. Before this film, the food industry in my eyes, seemed like a simple one: make food on farms, process it in a factory and ship it to grocery stores. Simple, right? Wrong. The food industry in the United States is not only one of corruption, but it is meant to deceive and warp the mind of the consumer.

In Food, Inc., filmmaker Robert Kenner lifts the veil on our nation’s food industry, exposing the highly mechanized underbelly that’s been hidden from the American consumer with the consent of our government’s regulatory agencies, USDA and FDA. Our nation’s food supply is now controlled by a handful of corporations that often put profit ahead of consumer health, the livelihood of the American farmer, the safety of workers and our own environment. We have bigger-breasted chickens, the perfect pork chop, insecticide-resistant soybean seeds, even tomatoes that won’t go bad, but we also have new strains of e coli – the harmful bacteria that causes illness for an estimated 73,000 Americans annually. We are riddled with widespread obesity, particularly among children, and an epidemic level of diabetes among adults.

The film discussed many aspects of the food industry which I cannot go over – I feel like I need to watch it again to digest all the information – so I will highlight a few points that resonated with me:

Our food industry is so warped that a burger from a fast food restaurant costs less than a head of broccoli. The film mentioned that 1 in 3 people born after 2000 will be diagnosed with diabetes, and 1 in 2 for minorities. It is cheaper for a family of four to eat at McDonald’s for dinner than buying vegetables for a home cooked meal.

The health of the middle and lower class Americans is deteriorating because unhealthy food is cheaper, while good and wholesome produce will cost double the price. Nowadays, poverty plays an important role in obesity cases.

One of the most disturbing scenes throughout the whole film was when cameras were allowed in a major chicken company’s farm and a large beef processing plant. I warn you, if you are eating right now, stop eating. :-)

Chickens have been re-engineered so that they grow in a period of 49 days instead of the normal three months. This causes the birds to fatten up, but their bones and muscles do not develop properly so these animals cannot walk much without collapsing due to the extra weight. Moreover these chickens are stored in huge portable-like coops that allow no sunlight in, and the farmer mentioned that none of the chickens in his coop have ever seen the light of day. These chickens are then picked up by the company, stored in cages, taken on trucks to the slaughter house, processed and then arrive in your local grocery store.

Beef, on the other hand, goes through a completely different cycle. Remember all of those e-coli outbreaks? Well, this will explain how e-coli got into spinach.

The plants that contain large groups of cows (in the thousands) do not feed their cows grass, rather they feed them corn. Cows were not created to consume corn so there are numerous repercussions. Firstly, since these cows are not taken out to graze, the e-coli remains in their system which would normally be flushed out by the consumption and digestion of grass. Alhamdulillah, Allah created these animals with a perfect diet. Secondly, these cows are kept in fenced areas and are ankle deep in their own feces which spreads this e-coli even more. Again, grazing the cows plays an important role because the feces of the cows acts as a fertilizer for the land.

The e-coli-ridden feces then reaches the hide of these animals and in the process of being slaughtered, workers and other cows come in contact with e-coli, spreading it even more. Finally, since e-coli does not die in water, it is spread through the water to other farms and locations – and somehow ends up in spinach and peanut butter.

Big companies, instead of taking up the simple solution of allowing the cows to graze, came up with an “ingenious” method to rid them of e-coli: they rinse this meat with ammonia before processing it. Yes, ammonia.

Furthermore, it was stated that one hamburger patty contains on average meat from 1000 different cow parts. Something to think about the next time we pass by a fast food joint.

Alhamdulillah for Islam: our lifestyle guidelines come from Allah azza wa jal Himself and from His Messenger sal Allahu alayhi wa sallam. Throughout this film, I kept seeing how these issues could be easily solved through our deen.

He says in another ayah:

Eat from that which is good and do righteous deeds. For I, with all that you do, am All Knowing. (23:51)

Eating healthy and doing good deeds are mentioned side by side by Allah ta’ala, showing how they are connected and related. It is important for us as Muslims to eat healthy, pure and good food. Allah ta’ala describes this food as “tayyiban”, which literally means good and beautiful. “Tayyib” food is that which looks good, tastes good and it IS good (meaning healthy). All three conditions must be met to be considered a “Tayyib” food. Ibn Taymiyyah rahimahullah goes to the extent of saying that it is wrong for a person to eat something that they know is unhealthy for them.

“O children of Adam, take your adornment at every masjid, and eat and drink, but be not excessive. Indeed, He likes not those who commit excess.” (7:32)

The word for excessive here is ‘israaf’ and israaf not only means to be excessive, but it means to waste and be extravagant.

Imam ibnul Qayyim rahimahullah mentions two extremes that can be defined as ‘israaf’ in eating:

1) Firstly, the person will not follow the verse which says to “eat and drink”; they will under eat and constantly be in a state of malnutrition and starvation. This diet brings about sickness and prevents health.

2) Secondly, the person will overeat and go beyond what the limit of what is normal. The Prophet sal Allahu alayhi wa sallam taught us, “there is no worse vessel for the son of Aadam to fill than his stomach, but if he must fill it, the let him allow one-third for food, one-third for drink, and one-third for air.” (Saheeh, Ahmad) This extreme also brings about sickness and prevents health.

The Muslim must avoid these two ways of doing israaf, and remain balanced in their diet–without overeating or under eating.

What can YOU do

After dropping all of that information on us, the makers of Food, Inc. gave the viewers a short list of things that they can do to stop this madness, and I’ve added a few that we as Muslims can do inshaAllah:

1) Check the labels and see if you can pronounce what you are feeding yourself and your family. Nearly 70% of all foods are GMOs (genetically modified) and the companies that produced these mutant foods are still fighting now to not have labels on their products telling customers that this product is genetically modified. The only way you can avoid these foods is to eat natural.
2) Support local farmers and growers. The film highlighted how local farmers in many states are being put out of business by these huge conglomerate companies that I personally never heard of  (Monsanto, anyone?). Many states, if not all, have farmers markets where you can buy wholesome and fresh fruits, vegetables and other produce straight from the farmers.
3) Eat Zabihah from a reliable non-commercial farm. If you are already eating Zabihah, then ask your halal meat provider where their meat comes from, or better yet, get it directly from the farm. After seeing how the animals are treated and meat is really produced in this country, I feel that we as Muslims should not even consume it–not due to a fiqh reason, but for a simple health reason as well as the fact that the creation of Allah is treated in such a horrible manner. Please see this movie if you trying to wean yourself off of non-zabihah meats.
4) If you have children in public school, try to create awareness about these issues amongst the parents and work hard to get the school systems to introduce healthy foods into these facilities. As a person who has gone through public school from kindergarten to high school, I know the horrible foods that they are feeding the kids.
5) Do you have any more ideas? Put them in the comments, or check out the take action portion of the film’s website.

I’m really not a movie person. The last time I went to a movie theater, tickets were about $5.25, so I was happy that Food, Inc. was my first movie at a theater in years. The movie is only 90 minutes and the benefits are immense. I only touched upon a couple of things that stood out to me from this film, there is much more information in the movie itself. I urge everyone to go see this film bi’ithnillah and learn what you’re really eating.

Insightful Poem on The State of Muslims Today

UPDATE #3: Did Michael Jackson Die As A Muslim?