He was a leader, a father, an international da’ee, and the close friend of Allah ta’ala. 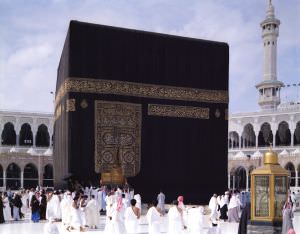 Ibrahim alayhi salaam is mentioned 25 times in the Qur’an, beginning with ayah 124 in Suratul Baqarah.

“So follow the religion of Ibrahim, inclining towards truth; and he was not of the polytheists.” (3:95)

His leadership came with struggle and hardship. His da’wah was international, with his nephew Lut alayhi salaam in East Jordan, his sons Ishaaq alayhi salaam in Palestine and Isma’il alayhi salaam was in Makkah. He was given success by Allah, but all of this success came AFTER he was tested.

Many times Muslims feel that they cannot learn from the Prophets and righteous people because they are too high for them; but we find that there are practical benefits and lessons in their lives that anyone can implement. Tafseer is the way to extract these practical lessons for our lives today.

Allah azza wa jal conveys to us the amazing example of Ibrahim alayhi salaam in the Qur’an; and here we find 10 of these special qualities he possessed, alayhi salaatu wa salaam.

1- He preferred the deen over the dunya. In surah Ibrahim, he mentions the reason for leaving his family in Makkah is so that they may establish the prayer:

“O our Lord! I have made some of my offspring to dwell in an uncultivable valley by Your Sacred House in order, O our Lord, that they may perform As-Salat” (14:37)

2- He was practical. At the same time, he did not forget about the dunya and provided for the needs of his family. When he took Hajar and Isma’il to the valley, he left them with what he could afford: a water skin and a bag of dates.

3- He wanted a secure environment for his children. He alayhi salaam made the duaa:

“My Lord, make this city (Makkah) a place of security and provide its people with fruits, such of them as believe in Allah and the Last Day.” (2:126)

He alayhi salaam asked for security BEFORE rizq. Why? Security is important for practicing Islam. For Islam to grow, there has to be peace. Rasul Allah sal Allahu alayhi wa sallam had the option of entering Makkah violently or peacefully, and he entered it peacefully. By doing so, it was at this time that many people entered Islaam afwaajan, groups upon groups.

4- He would practice then preach.

Ibrahim alayhi salaam exemplifies automatic submission. There is not a break nor a gap in the ayah from when Allah ta’ala tells him to submit and when he submits. There is no “fa” (so) or “thumma” (then), rather he fulfilled the command of Allah right away.

How long does it take us to submit to Allah?

Then in next ayah, he advises his children:

He advised his children until the very end, even on his death bed. What people say at the time of their death is the most important, and Ibrahim alayhi salaam and Ya’qoob alayhi salaam were concerned about their children carrying this message.

5- He acted with Ihsaan.

“And (remember) when the Lord of Ibrahim tried him with Commands, which he fulfilled.” (2:124)

Ibrahim alayhi salaam passed the tests perfectly; Tamm is to complete in such a way that no flaw remains. As a result of passing this test, as we see in the next ayah, Allah ta’ala made him an imam and leader for the following generations. Allah ta’ala honored him so much so that even our ummah, the ummah of the Prophet sal Allahu alayhi wa sallam is told to follow his creed.

6- He wanted the next generation to be Muslim. Ibrahim alayhi salaam cared about the future of the deen as he told his children:

“O my sons! Allah has chosen this faith for you, so do not die expect while in a state of Islam.” (2:132) We should make duaa that our children and our children’s children carry this message inshaAllah.

7- He included his family in the work for the deen. Isma’il alayhi salaam assisted him in building the ka’bah:

“And (remember) when Ibrahim and (his son) Isma’il were raising the foundations of the House.” (2:127)

Many times we are the only ones in our family that attend gatherings of knowledge or work at the masjid. But, even if you face opposition, try and always encourage this work amongst your family members inshaAllah. Alhamdulillah it took me three years to convince my mother and brothers to come to AlMaghrib just for one day, and now alhamdulillah they are regular students at AlMaghrib and classes at our local masjid.

We also learn from Ibrahim alayhi salaam that although he was the Imam and leader, he still continued to do the hard labor and work for the deen. How many leaders nowadays would be in this position?

8- He wanted his children to be leaders. When Allah azza wa jal tells him that He will make him an Imaam for the people, Ibrahim alayhi salaam responds:

Leadership is not a title, rather it is an opportunity to serve.

9- He was concerned about teaching the next generation. He made duaa to Allah ta’ala:

“Our Lord! Send amongst them a Messenger of their own, who shall recite unto them Your Verses and instruct them in the Book and the Wisdom, and purify them. Verily! You are the All-Mighty, the All-Wise.” (2:129)

This ayah teaches us how the deen should be taught and that we need all of these components to be proper students. This duaa was answered with the messengership of Rasul Allah sal Allahu alayhi wa sallam.

Notice this duaa was made nearly 2500 years before it was answered. On the other hand, we expect our duaas to be answered by the time we put our hands down! Allah ta’ala not only answered their duaa, but He sent the best of creation alayhi salaatu wa sallam. Let’s not be hasty in our duaa; think of Who we are calling upon.

10- He was humble. Ibrahim and his son alayhuma salaam, while building THE House of Allah made the duaa:

Taqabal means to accept it and be pleased with us. Here are two of the best of Allah’s creation raising the foundations in the most sacred city  for the greatest House of Allah–and they were concerned about the acceptance of this act. Not only were they making duaa for acceptance, but they were making this duaa while building the Ka’bah!

Here are two Prophets of Allah, both having a status in this dunya and aakhirah that none of us can ever reach, yet they are calling upon Allah azza wa jal to accept their act while performing it. How often do we ask Allah to accept our acts of worship?

These 10 are not his only qualities, can you think of anymore?

The Humor of the Messenger of Allah