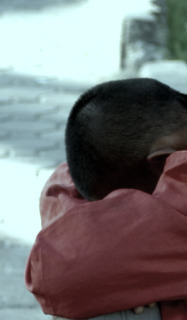 How many times has your conscience piped up to you at some time along the day with a “I should not have done that,” followed by a feeling of remorse and guilt; of wanting to undo a damage caused, of wishing for things to have gone along a better route? How many times do images of some of your past actions flash back at you, making you queasy and uncomfortable, wanting to go back to that time and living those moments again, without doing those wrong actions?

The word “taubah” in Arabic (توبة) literally means “to turn”. This word and its renditions have been used at many instances in the Qur’an, but its essence is the same: to turn towards Allah in humility after having disobeyed Him or transgressed His limits.

Allah has ordained regular repentance, or “istighfaar” – the act of seeking forgiveness from Allah – on all believers, because He has created mankind weak; i.e. all humans are innate sinners:

The trouble with human beings is that they can never, ever reach a state in which they will not commit sins. Those  whom Allah has blessed with higher ranks of righteousness and “taqwa“, can reach a level, in which the magnanimity and regularity of their sins is greatly reduced, but no believer can ever rest at peace about not committing a sin in the future.

The state of the believer is, therefore, sometimes, that of utter anguish: he hates to disobey His Master; he wishes there was some way to guarantee that he won’t commit a sin in the future; that he won’t ever anger His Lord again – but the intelligent and knowledgeable believer knows that this is not possible. Consequently, he is never at rest about the fact that no matter how much he hates to displease Allah, there will be times when he inadvertently will.

Therefore, the wise believer takes the following proactive steps in order to minimize the regularity and severity of the sins he commits:

In the Qur’an, a special mention has been in reference to taubah, describing it with a word that is mentioned elsewhere to denote the highest level of purity and sincerity – Nasoohaa.

“O you, who believe, turn towards Allah with sincere repentance…” [Surah Al-Tahreem 66:8]

In the Qur’an, some of the Prophets have used another form of this word to denote their well-wishing for their nations:

“I but fulfill towards you the duties of my Lord’s mission: I am to you a sincere and trustworthy adviser (‘Naasih Ameen’).” [Surah Al-A’raaf 7:68]

The same root is used for the term “Naseehah” – pure, well-intended and sincere advice. The difference between taubah and “taubah nasoohaa“, is therefore, the level of sincerity and truth with which it is enacted. Ali Bin Abi Taalib [رضى الله عنه] describes the following 6 traits of this special kind of taubah:

Many people do not listen to words of advice or to the message of Islam, nor attend gatherings of knowledge or dhikr, because they do not want to end up feeling guilty for the way of life they are leading. They have their long-term friends, their social activities that involve unlawful things, their chosen professions, which too, have their share of impermissible aspects; they have their die-hard destructive habits and negative personality traits. They disobey Allah with a carefree abandon that they know will vanish if they agree to listen to the Qur’an or ahadith. They want to go on as they are, unbothered and complacent about life in general, without wanting to get into the nitty-gritty of halal and haram; of Islamic restrictions and worries. At times of happiness, they feel a temporary elation and euphoria that passes all too quickly; at times of loss and sorrow, they feel an aching emptiness, an abysmal dead-end that stifles them.

To these people, I say: “Where will you run from Allah? For how long will you escape Him? For how long can you delude yourself about the purpose of your life? You don’t want to give up your life, your pleasures, your desires, your friends and your stylish look for the sake of Allah, but then why do you, at times, feel so empty, so alone? Why do you sometimes ask yourself, “Is this all there is? Isn’t there more to life than just eat, drink and be merry?” Why do you feel pangs of guilt for doing wrong things? Why does the thought of death terrify you? Why do you have a feeling of impending doom, that surely ‘God’ will severely punish you one day?”

If you really feel you are better off than an ‘Islamically-restricted’ believer, with a heart that feels no remorse for disobeying your Creator, and no love for Him, no recognition of who He is and what He wants from you, you are worse off than the person who experiences bouts of regret over his sins that keep him awake at night and make him rush forth with tearful repentance!

Anas Bin Malik [رضى الله عنه] narrated: “I heard the Messenger of Allah [صلی اللہ علیہ وسلم] say, “Allah the Almighty said: O son of Adam, so long as you call upon Me and ask of Me, I shall forgive you for what you have done, and I shall not mind. O son of Adam, were your sins to reach the clouds of the sky and were you then to ask forgiveness of Me, I would forgive you. O son of Adam, were you to come to Me with sins nearly as great as the earth and were you then to face Me, ascribing no partner to Me, I would bring you forgiveness nearly as great at it”.” [Al-Tirmidhi, no. 3608]

With the recent events in Ghazah leaving all Muslims outraged, aggrieved and confused about what brought them on, and what they can do to alleviate their brothers’ suffering in Palestine, it should be realized that the Muslim ummah must now strive to do ‘collective’ taubah or communal repentance. If each and every Muslim in the ummah today, were to repent with absolute sincerity – taubah nasoohaa – only then can we, as a whole, expect the Ever Merciful One to turn towards us again and forgive us, alleviating us from the destructive antagonistic onslaught of the non-believers and enemies of Islam.

Recommended reading: I Want To Repent, But……

What did you do to endeavor to have your repentance accepted by Allah? Any poignant moment in your life, when you felt overwhelmingly humbled and close to your Creator, convinced that He had accepted your taubah? Share your story with us by leaving a comment below.

The Reality of the Life of This World

Did You Wake Up for Your Children in Gaza?