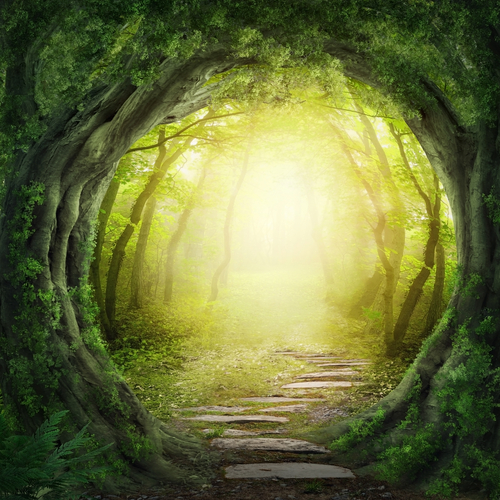 This is a transcript of the lecture.

Verily all praise is due to Allah

, we praise Him as He deserves to be praised and we seek refuge in Allah from evil of our souls and consequences of our bad deeds. Indeed we ask Allah’s guidance and seek refuge from His displeasure and misguidance.

As to what follows, my dear Muslims, realise that the month of Ramadan is now upon us. This sacred and beautiful month, a month that the Prophet

during it’s time he stood up on the mimbar and he called the Sahaba and he gave a khutbah to them and he said:

O people, know that the month is now upon you. Know that you are now witnessing a month that Allah

has made sacred. That Allah

said that all of the doors of hell are shut and chained and all the gates of Jannah are opened up. Meaning that there is every opportunity for you to be saved from the fire of hell and go to Jannah. This is a month that the Prophet

Brothers and sisters this is that very month, this is the month of Ramadan. The month of Ramadan is the holiest time of the year. We thank Allah that not all of the timings of the year are the same rather Allah has preferred some timings over others. And this month is the most preferred and the most blessed timing. And what this does for us is that it encourages us to be good it makes us want to do extra good deeds in this month.  And realise my dear brothers and sisters that the month has been made so easy for you; every aspect has been facilitated for you. Jahannam is closed, Jannah is wide open. There are no devils, nobody can now come and say: Oh! shaitaan whispered into my ear. There are no shayateen whispering; if you do a bad deed in this month realise that 100% this deed is from you. Not that if you did it outside of Ramadan you can blame shaitaan. Shaitaan can only whisper but in Ramadan – he cannot even whisper in Ramadan. Even that is taken away from him. Any evil that you do in this month, it comes from your soul. So Ramadan is a reflection of who you are. If you are good and righteous in Ramadan this shows that you have a good side to you. But if you cannot be good in this month, if you fail to live up to the expectations of your religion in this month then, realise that there is no hope for you at all. And this is not my words, this is not my speech; this is the speech of the Prophet Muhammad

One day when he

said: When I was climbing up the pulpit, Jibreel

came to me and told me: O Muhammad

! Anyone in your nation who manages to be alive when Ramadan comes & yet cannot get his sins forgiven, then may he perish in the fire of Hell. Say Ameen. So the Prophet

! Anyone who manages to catch Laylatul Qadr & he does not manage to get his sins forgiven, may he perish in the fire of hell. Say ameen. So the Prophet

said ameen.  And then he climbed the third one and he said: O Muhammad

! Anyone of your ummah who manages to catch his parents one of them or both when they are elderly and they need his help and he is not able to service them properly and get his sins forgiven then may he perish. Say ameen. And so he

said ameen. [Ed. Note: The authentic hadeeth says, ‘Whoever stands the night on Laylat al-Qadr will have his sins forgiven’.]

So three dua’s were made. That there are three golden opportunities; three opportunities that even the worst of mankind can get their sins forgiven if they only turn to Allah. Two of those opportunities, two, related to Ramadan. Two of them deal with Ramadan. And these are – the entire month and Laylatul Qadr. In other words what Jibreel (as) is saying and what the Prophet

said Ameen to- and ponder over this my dear brothers and sisters and think about it. If you cannot be righteous and good in this month then really you have no hope there is no hope for you. Why? Because there are no excuses. Shayateen have been chained up. There is no way to go except Jannah. Jannah is open, Jahannam is closed. Every night Allah

frees hundreds and thousands and millions of people who have been destined to go to hell. He frees them because of their good deeds. If you can’t be amongst them, if you are not able to be good in this month then really and truly there is no hope.

But the question is: what do you have to do? Very simple! The Prophet

Three things he said, any one of them will forgive all of your sins, all – unconditional, no matter what sin you have done, if you repent properly in this month and you do what Allah (swt) wants you to do and what the Prophet

gave us three opportunities in this month to get all of our sins forgiven.

One more blessing of Ramadan – Ramadan is the month that when you perfect your fasting in it, you may enter Jannah by a special door. It is a special door set aside for those who fast. The Prophet

says: O You who believe, fasting has been made obligatory upon you as it was made on those before you so that you may achieve righteousness and piety. So remember – that the purpose of fasting in Ramadan is to achieve righteousness and piety. This is the ultimate goal.  Allah does not benefit when you tire yourself out, rather you are the one that benefits. So we pray to Allah

Related Topics:ramadanrayyantranscriptYasir Qadhi
Up Next

Ramadan Sale: Everything Must Go!