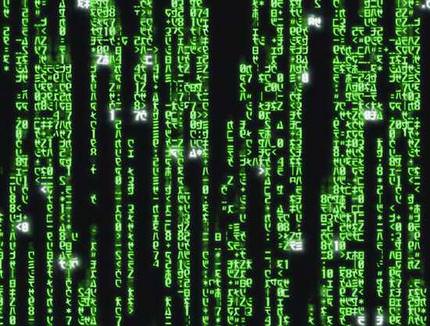 “If heaven is a place where you can have anything you want, and if I want to have beautiful women, why can’t I?”

“I mean, yes, it’s true, it’s Paradise and you’ll have anything you want, and it’ll be great, but no one’s even going to want to have sex because, y’know, it’s heaven!

If you couldn’t already tell by now, the ignorant daw’ah was coming from a 16-year-old version of myself, in response to a question asked by Kumar, a boarder from India staying at our home.  We had started off by talking about the rules of prayer and why I as a Muslim do it, and this eventually found it’s way to a discussion of what heaven was like.

At the time, it seemed perfectly illogical that a man would want to have sexual relations in heaven.  Heaven was a clean place where things like that didn’t happen.  Sex was a dirty thing (and the word itself was kinda dirty sounding, when you got right down to it) and didn’t belong anywhere near a discussion of the splendors of Paradise, or so I thought, at that time.

Over the course of fourteen years now, my perspective and understanding of this matter changed greatly, so knowing what I know now, I have to wonder, where did I form such values and ideas about heaven, and the actions that do or don’t take place there, what was appropriate or inappropriate.

Just for kicks, I thought I might try a word association game and see if that yielded anything fruitful.  When I think of heaven, I think of:

Hmmm, a lot of that simply doesn’t square with what I know now about Jannah.  I mean, for example, “til death do us part” is simply a temporary condition, and insha’Allah if both spouses make it to Paradise, they can spend eternity in happiness together.

And old men with wings?  Firstly, everyone is going to be 33 years old, and secondly, we’re not angels – angels are a separate creation of Allah subhaana wa ta’aala made from light, and they carry out various functions and tasks.

What about all that white everywhere, and the walking on the clouds bit?  Can’t say for sure about that, but I know there’s going to be gardens, and castles, and foliage, and Allah knows best what else too.

So where did all those wacked out ideas of heaven come from?

“The mother of every person gives him birth according to his true nature.  It is subsequently his parents who make him a Jew, a Christian, or a Magian.  Had his parents been Muslim, he would have also remained a Muslim.”

Of course, while one’s parents do initially have the most impact on a child’s religious perspectives, that can change over time.  We’re constantly interacting and changing due to thousands upon thousands of environmental inputs from the company we keep, the schools we attend, the programs we watch, to the advertising we’re exposed to on a second-by-second basis.

What I find very fascinating is when we, as Muslims, share an idea or concept in common (like heaven) with another group, religion, or culture (like the Christians), and how the environment around us can potentially inform the manner in which we perceive that concept in our minds.

Let’s return back to my original question – where did my wacked out ideas of heaven come from?  Parents?  No.  School?  Maybe.  Friends?  Maybe.  How about…

Tom and Jerry?!  The cat and mouse who keep trying to kill each other?  Yes, the very same.  See, I knew there was a heaven, but no one quite filled in all the details, so of course, Tom and Jerry (and other children’s cartoons, some with people rather than animals) filled in the details with a twisted depiction of death and heaven according to Christianity, and so a lot of that was what I myself thought of heaven.

Now, I’m not saying there’s a conspiracy of American cartoons attempting to proselytize to Muslim children.  What I am saying is that when we share common concepts with other people, and we don’t properly define for ourselves how Allah and His Messenger have conveyed such concepts, someone will fill in the gaps, and believe me, you don’t want Mickey Mouse inadvertently teaching you or your children his fairy tale ‘Aqeedah.

How Far Down the Rabbit Hole Does This Go?

Of course, the concept of heaven is only one of numerous ideas we share with others.  Some other concepts include:

– Justice:  This a common concept, and equality falls under that.  What do we think of equality between the genders, and what do other people think, in terms of their day-to-day rights and responsibilities?  In Western society, justice is to make the man and woman equal in their rights.  In Islam, justice is that the Creator assigns to each gender a role with responsibilities that he or she is well-suited to fulfill for the betterment of the individual, the family, and the community

– Adulthood:  We consider a person who has hit puberty as eligible for marriage and an adult.  Western society has over the past 70 years moved away from this model to a more static model that enforces one age, 18, as the standard for adulthood for all people, regardless of biological indicators.  Taking advantage of this conditioning, some have used this to denigrate the Prophet sallallaahu alayhi  wa sallim as a pedophile because he consummated his marriage with Aisha (ra) when she was 9 (our definition of adulthood, hitting puberty).  It’s also caused some Muslims to try to prove that Aisha was in fact 18 when she consummated her marriage with the Prophet sallallaahu alayhi wa sallim.

– Marriage:  In western society, we are taught that men and women can have as many relationships with as many partners as they wish, but they may only marry one.  In Islam, we’re taught that the only relationships can happen in marriage and that men can (theoretically) have up to four wives.  Our cousins are also viable prospects for marriage, whereas it is frowned upon in some parts of Western society, and not so in others (I recall my family always telling me, “You’re cousins are just like your sisters!” but then later would be like, “So, are you interested in marrying any of your cousins?”).

I’ve heard countless times from Western born Muslims when they see a practice from their Eastern brothers and sisters which are clearly jahiliyyah, they will comment by saying, “That’s not Islam, that’s their culture,” when referring to such issues as wife-beating, female circumsion, and honor killings.  I’m not disputing that, but what I would like to point out is that the brand of Islam we North Americans teach is potentially very colored and shaded a specific way due to the social and cultural influences surrounding us as well.  We are by no means immune to this, and we have to recognize this, or we’ll go down the same path, mixing up our Islamic values with our Western values.

If we truly want to step into reality as it should be, then we have to first search out and understand reality for what it is, and to do that, we need to understand how Allah subhaana wa ta’aala has defined reality and our place in it.  We also have to realize and deeply internalize that we really may not have all the answers, and we have to spend our lives learning and constantly re-adjusting and re-calibrating our understanding as new knowledge comes to light, and that’s where turning to people of knowledge comes in – spending time with them, either live or through lectures we can find online or purchase, insha’allah.  This is type of company we need to keep more often, and we really should make an effort to limit our interaction with useless companions like the TV (meaning, much of what’s on it), music, movies, friends who waste your time, etc.

I can say as someone who left movies and music (to which I was heavily addicted, along with video games) behind 6 years ago, that time has been spent learning so many new and fascinating things about the world as it relates to politics, leadership, personal development, physical health, Islam, and many other matters.  Although I’m by no means rich, I can easily donate my time towards helping others with daw’ah related projects as well.  And, best of all, I have to say the most benefit I’ve ever gotten from my time was spending it with advanced students of knowledge learning the Islamic Sciences.

We often hope to benefit from other people’s knowledge – I hope that my ignorance has given you beneficial knowledge, or at least, something to think about =)

An Exegesis of the Basmala