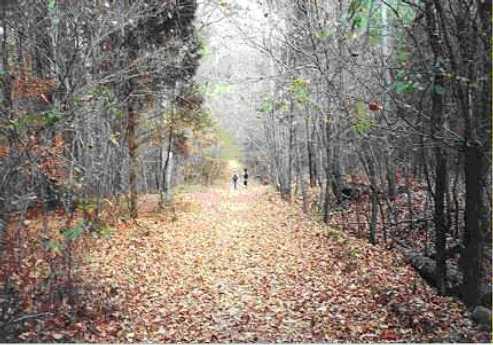 Update: I know that this is not the “latest news”, but Imam Suhaib is not the target of GF Haddad’s “refutations”. Here (Sunniforum link) you see Haddad launching into a virulent assault on Shaykh Qaradawi, a personality with whom some Muslims may differ, but who is widely respected by the Ummah. GF spares no punches, and he doesn’t spare disrespect to the same people he uses to attack Qaradawi, frequently and relentlessly using pejoratives and sarcasm. This style is very similar to what we have seen from one camp in the “opposite side” to GF. Some examples from this lengthy “refutation” of Shaykh Qaradawi:

I added a comment on Shaykh Suhaib’s post “Saying So Long To a Dear Friend: Traditional Islam Ust. Suhaib Webb (SW)”. This post has now been removed, and SW has added a clarifying position in this new post). This new post is actually consistent, alhamdulilah, with what I mention below as well as my comments, so I see no reason to modify it at this time.

As I was reading Shaykh Suhaib’s words,

I’ve been wanting to write this for a number of months but struggled to find the words that would reflect the pain, sorrow and sadness in my heart…

I pondered on how at one point in my life, this post from SW would have “thrilled me”. I would have rejoiced in how SW finally realized the “follies” of the “other side”.

Wallahi, I was saddened to read SW’s words, which I felt emanated from deep anguish and emotions. Those of us who left the “super-salafi-nightmare” saw SW as a bridge between the Muslims, who differ in some matters but agree on most. We were in the process of “cleaning up” our hearts from the despise of other Muslims, simply because they differed from us in a few matters– important matters no doubt, but still a FEW matters, important matters no less, but still of low priority compared to all the fitan that is facing us.

Over the past several months, I have been watching how the slightest criticism (or perceived criticism) of the “traditionalist methodology” is blown up into tragic proportions. While the “traditionalists” were attacking the most minor of “inferences” in SW’s articles, they closed to their eyes to the rampant sufi extremism within their own ranks with people defending/praising kabbani’sh style “sufi shaykhs” right here in NY and their “mureeds”.

Wallahi, the “traditionalists” are not perfect, and wallahi, the “salafis” are not perfect. So, why not discuss these issues of differences in a soft, amiable way instead of name-calling, hate-mongering and the like? I saw you and Abu Yusuf being thus… soft with words, “open-minded”, tolerant, humble and full of adaab. Yet, this behavior was not reciprocated. See this response of Abu Yusuf to GF Haddad’s original article that was replete with personal attacks. It reminds me, as SW stated in his post, that the same behavior we saw from some of the hard-line “salafi” shayookh, whose entire wala wal bara was related to a person’s knowledge of where Allah is, is now becoming apparent in the “other” side. And similarly, the hard-liners’ entire jarh wa ta’deel was related to Asharism as opposed to some other sects that were much further away from them in methodology and ideology. Now, many among our “traditionalist” brothers find this to be the most productive topic.

As I contemplated SW’s post, I thought about how far I have come alhamdulilah in my love for brothers who quite don’t agree with everything I believe in. I have been working with many other bloggers of the “traditional” variety and I have nothing but love for them. When the laymen like me and these other bloggers with more knowledge than me that I am referring to (special mention MR, JZ

) can have differences, yet we can cooperate on most matters, why couldn’t the people of knowledge amongst the so-called “traditionalists” feel obliged in prioritizing unity over hatred, adaab over arguments, and honesty over “victory”?

P.S. As most of you know, at MM, we try to stay away from sectarian arguments that have no benefit… because of the vast area of priorities that we can all agree on. So, the comments on this post will be highly moderated, even to the exclusion of ones that may be otherwise acceptable in terms of our “house rules”.

Can Spirituality Be Taught?