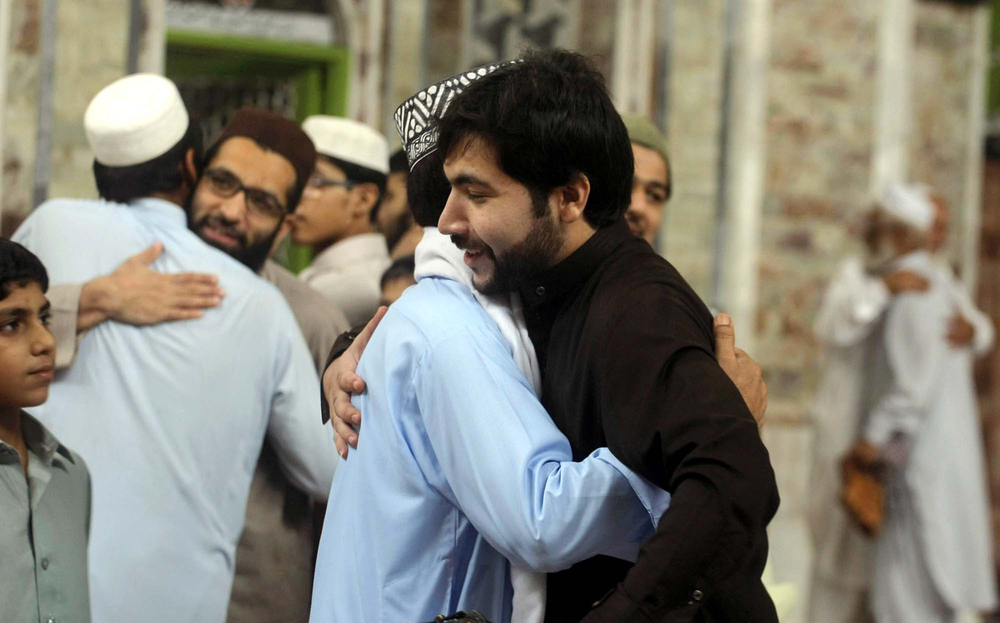 You walk into the masjid for salah, and you see a group of about 15 people who you don’t normally see. They are influential people in the community, they live in the community, but why all of a sudden are they all here to pray Maghrib in jama’ah? Coincidence? In most communities, it’s a sign that the masjid board is about to meet.

This in and of itself should be a telltale sign of where our communities stand. Unfortunately, many times the people who are running it are not knowledgeable of Islam, and are not even actually involved in attending the masaajid regularly. The obvious result of this is a lot of fighting, bickering, arguing, and in the end the splitting of the masjid into two.

Why is it that the masjid board members can’t learn to disagree in a polite manner? What hope is there for the community when its leaders are leading the parade of name-calling, false accusations, and dirty politics? Is there a solution for this?

The answer is yes, and its actually simple. Well simple and extremely difficult at the same time. Ideally the masjid would be led by people who have a deep understanding of the Sunnah, and the etiquettes it teaches for dealing with people. Ideally there would be an Imam at the masjid who is involved in the decision making process giving his input, and setting a standard for people to aspire for and emulate. The simple part is to say an Imam or board members like this is the solution. The hard part is getting them there in those positions. The hard part is for another time and place. For now, I want to give a story of how such an Imam can be a calming force in the time of fitnah.

I generally avoid attending board meetings, or getting involved, much less remembering what took place in them (I try to forget soon afterwards). This is partly because since childhood I have seen more board meetings than most people care to mention. I have attended masjid construction meetings with my father from the initial meeting all the way through completion (and this is before I was even in high school). I have yelled, been yelled at, and broken up physical confrontations. For my many stories of masjid conflict, there is only one story of conflict resolution.

The story affected me in such a way that I can still replay the entire sequence of events in my head as if I am watching a video recording of it.

In the days after the tragedy of 9/11, the hubbub at the Masjid was reaching peak levels of what to do, and how to respond. Somehow or another, I got roped in to a meeting about what the Masjid should do. The meeting after Isha had about 15-20 people. They sat down and discussed what the Masjid should do in response. Should we take out an ad in the community paper? Should we have an open house? The usual suggestions came up. Somehow, the meeting degenerated (surprise) into a back and forth of 10 year old issues that had been bubbling under the surface about how the masjid has been run, certain activities, etc.

Shortly thereafter the yelling ensued, to the extent that one brother began physically shaking as he spoke angrily.

Then the Imam stepped in. A soft spoken Imam, mashallah, one that you can see in his manners that he is trying to follow the Sunnah. Soft spoken – but assertive in the proper way. He immediately halted the meeting and made everyone stop speaking. Then he went around the entire meeting one by one, beginning with himself, and said everyone needs to say audhu billahi min ash-shaytaani rajeem. So we went around the room with everyone saying that. All of a sudden you see everyone start taking deep breaths and calming themselves. Then he gave a quick advice about anger and how to talk with one another – and when I say short I mean less than 60 seconds, but to the point.

The meeting focused back on the issue at hand, and finally some decisions were made. You would think the meeting would be over now, but the Imam took it to the next step. Before letting us depart he said, there is one condition on everyone before they leave this meeting. You must now say salam and hug every single person in this meeting before you leave. Subhanallah, I cannot describe the effect that it had on everyone. Initially the gut reaction of some was, what is this guy talking about? But once everyone did it, all of a sudden everyone was laughing and friends again.

Differences, but settled. Arguments, but resolved. Politics, name-calling, and fallout – none.

unite all of our communities and grant us success.

Women and the Wall |Ruth Nasrullah

Does My Head Look Big In This?