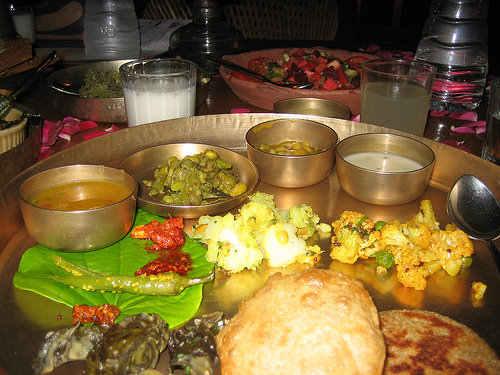 As a third-generation washed-out-Desi Canadian Muslimah, I feel that I – and others in my situation – have a lot to mourn. I listen to what my grandfather tells me about what life like was back in the day, and I feel that despite whatever my family has benefited from Canada, despite all our luxuries that we take for granted, we’ve lost a lot more.

We’ve lost the concept of hard work. These days, studying hard is what constitutes ‘hard work’ for us. I sometimes wish that I was back in whichever little village in Gujarat my great-great-grandparents came from, feeling the heat of the sun burning my face and hands, fetching water from the well, squatting in the dust and grinding herbs into pastes for our masaalas. I wish I could truly appreciate my meal by knowing that, by the Grace and Mercy of Allah, I was able to

grind the flour and roll the dough for my roti; that I killed and plucked the chicken myself; that I fetched the cool water myself.

my mehndi won’t come out quite so dark on my city-slicker hands.

We have lost traditional values… or, if we have not totally lost them, we have lost something of them. We don’t seem to feel quite so strongly about them anymore. Honour, dignity, respect for authority – though they may be present amongst us today, we aren’t as passionate about them…

For example: As a daughter, I’m remarkably spoiled. Which I have, admittedly, taken advantage of, but looking at this from an “elder” point of view, I don’t approve of my behaviour at all. I don’t even know how to make roti. Any random girl in a small village in Gujarat would totally kick my butt. Ouch.

As for my brothers, I think that there are a few things they haven’t learnt yet either – as yet, I haven’t seen them exhibit the protectiveness that males are supposed to show towards their female family members. Nor do they show the proper respect that they should be showing their big sister… indeed, upon assuming my position as Chief of Siblings in my parents’ current absence, they have contested my authority and, in fact, outright denied and rebelled against said authority. How dare they!

Which leads me to my poor, poor parents… if the way my brothers are acting towards me is the way my brothers and I act towards them, I feel downright ashamed and guilty and henceforth resolve to improve my attitude towards my parents – may Allah forgive me and have mercy on them just as they show mercy to me, ameen!

We have lost the accent. I love accents. Arab and Indian accents especially. It saddens me immeasurabley that I and my brothers and others of my generation will never have an authentic accent… And related to the loss of accents, is the loss of language. I know approximately ten phrases (if that) of Gujarati. I’ve heard my grandparents lament, over and over, that all of their grandchildren are becoming goros – white people – and are losing everything of their culture except the mithai (sweets). Random girl in Gujarati village would fall over laughing in my face if I ever attempted to speak Gujarati.

We are becoming “educated,” “refined,” “sophisticated,” “integrating into society” – and while the religious aspect of it is something that’s been addressed and discussed by many others, today I just wanted to think about the cultural aspect of it… today, I realized how my grandparents feel: in having gained so much in this new world, we have lost so much more…

I will never be a real Indian. And while on the grand scale of things it really doesn’t matter, I still feel left out. *Cries*

Wondering where Gujarat is? Click on map for more info. 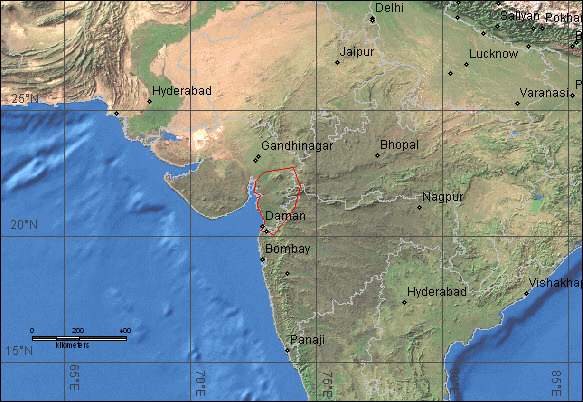 Mother or Aunt or Both? A Lesson in Perversion

What’s In a Name? -Ruth Nasrullah