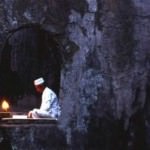 had a special gift known as “jawami’ al-kalam” which means concise speech. He

was able to say something with so much meaning in only a few words. As we continue learning supplications from the Prophetic tradition, we see more and more how the he

combined so many benefits in one short supplication.

In today’s supplication, we will see yet another example of his concise speech. In a narration recorded in Muslim, Abu Hurayrah (radi Allahu anhu) reported that the Prophet

aṣliḥ: The root of this word has many meanings but in this duaa it means ‘reformation, restoration, mending, improvement and rectification’. This word is the opposite of fasad which means when there is imbalance in things.

‘Iṣmah: This word is from the root which means to protect, safeguard and defend. ‘Ismah means something that is a preservation, safeguard and a protection. In this supplication, it means that our religion is the most important matter to us.

Ma’āsh: This word is from the root which means to be alive. Ma’ash means livelihood.

Ma’ād: From the root which means to return and go back, Ma’ad is the place of return or home.

Ziyādah: From the root which means to increase, enlarge and make abundant.

Rāḥah: This word means rest, comfort and to do something with ease.

“Set right for me the affairs of my world wherein is my living.”

“Set right for me my Hereafter to which is my return.”

“Make the life for me (a source) of abundance for every good.”

“Make my death a source of comfort for me protecting me against every evil.”