Written for the Muslim Link newspaper

In a major development in the struggle of the Ethiopian Muslims, the U.S. Commission on International Religious Freedom (USCIRF) has released a statement that it is “deeply concerned about the increasing deterioration of religious freedoms for Muslims in Ethiopia.”

UCSRIF makes policy recommendations to the President, the Secretary of State and Congress of the United States.

“The arrests, terrorism charges and takeover of EIASC signify a troubling escalation in the government’s attempts to control Ethiopia’s Muslim community and provide further evidence of a decline in religious freedom in Ethiopia,” states USCRIF.

Sheikh Najib Mohammed, 59, is the imam of First Hijrah Masjid in Washington D.C. He says that after the late August death of Prime Minister Meles Zenawi, “the new prime minister is proving his leadership worth by getting tough on Muslims.” In order to prove to the U.S. his dedication to weed out extremism in the Horn of Africa, Prime Minister Hailemariam Desalegn has been cracking down on Muslims protesting the usurpation of their religious freedom.

On October 29, 2012 the Ethiopian government charged 29 protestors with terrorism and attempting to establish an Islamic state.

“These charges are only the latest and most concerning attempt by the Ethiopian government to crush opposition to its efforts to control the practice of religion by imposing on Ethiopian Muslims a specific interpretation of Islam,” said USCIRF Commissioner Azizah al-Hibri.

“The UCSIRF statement is a positive step. The last court hearing was filled with Western journalists; now the western media will extol them,” says Mohammed.

This August, Ethiopian Muslims protested in Washington, D.C. in front of the Department of State. Sheikh Imam Khaled Omar of Washington’s First Hijrah Foundation called on the US government to put pressure on Ethiopian authorities to address the three key issues raised by Ethiopian Muslims.

“We have demanded that U.S. government stop supporting the regime, and not be misled by the guise of the war on terror and pressure the Ethiopian government to grant freedom of religion according to Ethiopian constitution ,” says Mohammed.

Father Philippos of the Holy Synod of the Ethiopian Orthodox Church (in exile from Ethiopia) attended the rally representing Ethiopian Christians. He supported the issues raised by the Muslims and said that the beatings and imprisonment to which they have been subjected to must be condemned, according to a report filed by the Amharic Voice of America. 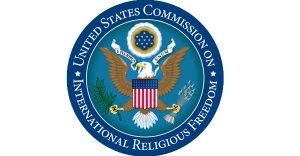 UCSRIF submits in its findings that since July 2011, the Ethiopian government has sought to force a change in the sect of Islam practiced nationwide and has punished clergy and laity who have resisted. Muslims throughout Ethiopia have been arrested during peaceful protests.
To combat what the authorities say are the affects of the ideology of the Shabab in neighboring Somalia, the government has imported al-Ahbash leaders from Lebanon to train Ethiopian imams and Islamic school educators on that sect’s beliefs.Anyone who refused to be trained or teach al-Ahbash has been dismissed from their positions and their schools and mosques closed. This is a great concern to the Muslims globally, as the Ahbash are not viewed as mainstream Islam by Islamic scholars from a variety of theological leanings. Historically, it is not a religion practiced in Ethiopia.
The Al-Ahbash are also known as the Association of Islamic Charitable Projects in Lebanon which was founded by Abdullah ibn Muhammad al Hirari, nicknamed ’al Habashi’, after his Ethiopian roots.Even though Al-Ahbash claim on their website that they reject “the takfir ideologies that denounce Muslims as infidels”, what is happening in masajid in Ethiopia is quite the opposite, say Ethiopian Muslims in America who still have relatives and friends there.
“They [Al-Ahbash] do not consider anyone else Muslims, they are making everyone retake their shahadah in the masajid,” stressed Imam Mohammed.”Many Imams, leaders, youth have vanished. We don’t know where they are,” says Mohammed,” the dawah to Islam has ceased completely.”The UCSRIF recommends that the Ethiopian government cease interfering in the internal affairs of its Muslim community and immediately and unconditionally release those wrongfully imprisoned.
“The U.S. government should raise with the new leadership in Addis Ababa the importance of abiding by Ethiopia’s own constitution and international standards on freedom of religion of belief. USCIRF has found that repressing religious communities in the name of countering extremism leads to more extremism, greater instability, and possibly violence,” said USCIRF Chair Dr. Katrina Lantos Swett.Beginning in December 2011, tens of thousands have protested following every Jumuah, nationwide.  The heart of campaign has been the Awalia Mosque and the Islamic school in Addis Ababa.To negotiate with the government an Arbitration committee of 17 religious leaders was formed. Among their demands were the ending government imposition of al-Ahbash on Ethiopian Muslims and re-opening of schools and mosques.By July 2012, the negotiations had failed and the protests increased in both size and frequency.
The Ethiopian government surrounded the demonstrators with armed guards. According to Human Rights Watch, several witnesses saw scores of men and women being loaded into separate trucks. Many appeared to have broken bones and other serious injuries, apparently inflicted by the police, the witnesses said.”Hijabi women are harassed on the streets, beaten and taken away. Anyone with hijab can be picked up; it is becoming a liability to look like a Muslim,” states Imam Mohammed,” they go house to house and round up people so many of the youth have fled.”Independent news agencies report that the government arrested all 17 members of the Arbitration Committee and at least 70 protestors. (This number is disputed by the demonstrators, who place it in the hundreds).
The arrested protestors were not charged until October 29, 2012. The individuals charged were first detained and held in Maikelwai federal police detention center, which frequently houses political prisoners and is according to Human Rights Watch ‘notorious’ for abusing prisoners, including torturing them during interrogations.

Protestors now hold up yellow or white placards to signal that they are peacefully condemning the arrests and charges. 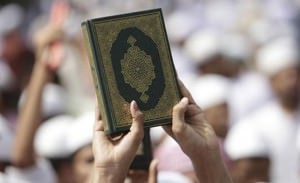 According to the UCSRIF report: “While the demonstrations largely have been peaceful, there have been a few violent incidents: On October 21, 2011 four Muslims were killed as they stormed a jail attempting to free protestors and in April 2012 five people were killed protesting the dismissal of an imam who refused to propagate al-Ahbash.”

This Washington Times July headline “Muslim protests raise fears of radical Islam” is a narrative that contributes to the complexity of the issue. American Ethiopian Muslims say that this use of war on terror is a gross misrepresentation of what is happening on the ground in Ethiopia. According to the UCSRIF, “the individuals detained also were charged under the nation’s anti-terror law which has been used to target dissent, rather than to stop terrorism.”

At a recent State Department press briefing a question was raised about religious freedom in Ethiopia. U.S. Department of State Spokesperson Victoria Nuland stated,” I hadn’t seen that particular statement, but you know that we’ve been extremely straightforward about our ongoing humanitarian – sorry, human rights questions with regard to the way Ethiopia develops. When the Secretary was there, she raised these issues, and we have been clear from this podium. So in the context of new leadership, we are renewing our hope that Ethiopia will continue to improve human rights standards for all inside the country.” American Ethiopian Muslims wait and pray.

Ethiopian Muslims refute their status as a ‘minority’, and quote their numbers as 50-60% of the population. They say the government intentionally misrepresents their numbers in order to keep the balance of power in its favor.

Two members of al-Ahbash were also mentioned in connection to the UN investigation into the murder of former Lebanese Prime Minister Rafik Hariri.

USCIRF is an independent, bipartisan U.S. federal government commission, appointed by the President and the leadership of both political parties in the Senate and the House of Representatives. USCIRF’s principal responsibilities are to review the facts and circumstances of violations of religious freedom internationally and to make policy recommendations to the President, the Secretary of State and Congress.