The following article was written by Abdul-Azim; crossposted with permission from his personal blog.

“British Schools: Islamic Rules” ran the title of this week’s Panorama on BBC1. It dealt with what it considered questionable material being taught in British schools. 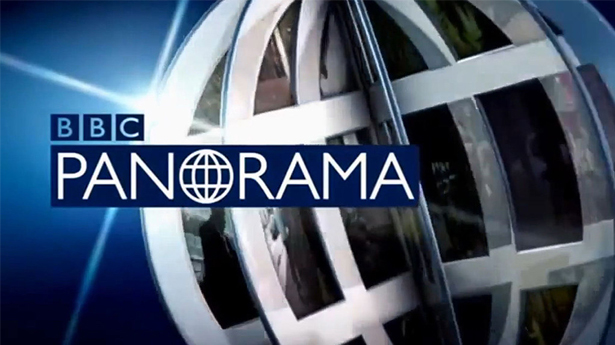 There are several point of response, or rather, themes of objection that I have with the documentary. I highlight them in the hope that others will be able to see the questionable ground upon which the Panorama documentary was based.

Othering is a process by which one identity is secured in opposition, and often in conflict, with another. In this case, it is the clear distinction between British and Islamic.

For many, myself included, there is little conflict between the two. Like millions of Muslims in the UK, I am confident in my British nationality and the Islamic principles and teachings I live my life by – and in fact I find many areas of commonality.

Yet the show with its title (British Schools: Islamic Rules) directly proposed an antithesis between that which is British, and that which is Islamic. This was a theme that reoccurred through out the show.

The presenter criticises some of the schools for teaching anti-Western views (essentially a construction of opposition between Islam and ‘the West’), when the show itself is guilty of doing exactly the same in its title and narrative.

Religious extremism and religious conservatism are two very distinct notions, and must never be conflated if a mature and informed discussion on religion is to take place.

Yet Panorama is sloppy in distinguishing between the two. An example found in the show is of the religious opinion it cites which disfavours music. Yes, this is a position expounded by many scholars within Islam, though not all, and is well within the mainstream of Islamic religious opinion. Does this lead to extremism, or fundamentalism, or indeed anything of concern? Of course not, and importantly, Islam is not the only faith tradition with varying opinions on the role of music.

Again, this amateurism can be found in discussions of ‘medieval Islam’ and the way that Muslims use the word ‘kuffar’ (it can be used in a derogatory sense, but also in a technical sense, as scholars of jurisprudence are prone to doing).

It is very difficult to examine the material presented in the documentary regarding anti-Semitism. I watched the documentary with a notepad in hand, but all the issues raised were vague, brief and generalised.

Where there is hate and prejudice being taught in Islamic schools, communities must contest this. But as I can’t bring a specific example from the documentary to discuss, I will simply outline what Islam teaches about Judaism, and the equality of humanity in general.

The Prophet Muhammad left no room for doubt about the nature of mankind when he stated in the Farewell Sermon, an important summa theologica of Islam: –

Jews, along with Christians and Mandaeans are counted amongst the ‘People of the Book’, and honoured title within the Quran used for the Abrahamic traditions.

The Constitution of Madinah, a social contract drafted and signed by the Prophet Muhammad, states in strong terms that between Muslims and Jews ‘there shall be sincere friendship, exchange of good counsel, fair conduct and no betrayal’.

I refuse to accept the now token disclaimer offered by journalists and presenters who say “not all Muslims are like this, but” and then spend the whole show demonising and misrepresenting Muslims.

Despite almost all the schools mentioned by the documentary receiving ‘good’ or ‘excellent’ classifications by Ofsted (a very rare grade), the show then went on listing tenuous claims of ‘extremism’.

Often this is done by quoting speakers out of context, with some ominous music playing. This is a common technique, and one which wilfully misrepresents the speakers and the content of their message, and as mentioned, conflates extremism and religious conservatism.

If the issue of Muslim faith schools, and the content of their syllabus, is to be examined, it should be done thoroughly, with adequate time and an objective analysis.

This short documentary, with sloppy terminology, lack of understanding, vague accusations and sensationalism and generalisations of a two million strong Muslim community is anything but the right way to do it.

About the Author: Abdul-Azim is a student at Cardiff University, studying Islam in Contemporary Britain, and is an involved member of the local community, working in the Muslim Council of Wales, Federation of Student Islamic Societies, and other local charity groups.