My father and I were two of the hundreds of thousands of people — two of perhaps one million, according to some estimates — who gathered in front of the U.S. Capitol building in Washington D.C. on Oct. 10 to commemorate the 20-year anniversary of the Million Man March.

The theme of this historic event was “Justice or Else,” the same name as the burgeoning political and social movement being led by the Nation of Islam and its leader, Minister Louis Farrakhan, who delivered the keynote address on the steps of the Capitol.

“Justice or Else” is both a demand for America and its government to acknowledge and rectify a litany of injustices perpetrated against poor and minority communities — mainly Blacks, but also Latinos, Native Americans, women and military veterans — as well as a call to action for those communities to educate and improve themselves, unite and fight back against their oppressors.

Notably absent from the event was President Barack Obama. (Seriously, how are you going to be the first Black President of the United States and not speak at a Million Man March in your own backyard?) Also not seen in the crowd were any professional athletes.

To be fair, NFL and NHL and MLS players are in the middle of their respective seasons, while NBA players are in the middle of training camp. (Then again, there were hundreds of thousands of people at the march who have jobs and/or school yet managed to make it to D.C. that Saturday.) Meanwhile, most Major League Baseball teams were finished for the season well before Oct. 10, and athletes in individual sports such as boxing, tennis, and track and field have relatively flexible schedules this time of year. Washington’s local NFL franchise was on the road that weekend in Atlanta, but the district’s MLB team was already in its offseason, and its MLS and NBA teams were in town.

While it is certainly possible that there were some pro athletes in the crowd in D.C. and they simply managed to stay low-key, neither I nor any of the thousands of attendees chronicling the event for professional and social media outlets spotted any pro athletes standing with their brothers and sisters that day.

Nor did it appear that the Million Man March or “Justice Or Else” (or #JusticeOrElse) was a popular topic on social media among athletes who didn’t attend the march. 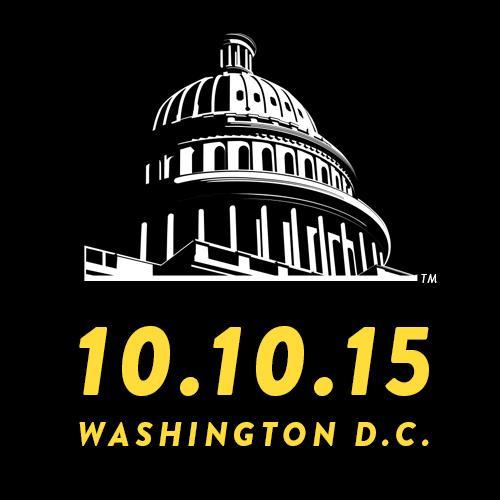 Long story short: The largest gathering of Black people in the U.S. in the last 20 years happened in the nation’s capital — for an event that shined a unforgiving spotlight on the urgent social, political, economic and public-health issues currently facing the Black community — and it seems the vast majority of Black pro athletes either didn’t know, didn’t notice, didn’t care, or didn’t care to speak publicly about it.

Is that, or is that not, cause for alarm?

The role that athletes play in social and political movements — for civil rights, for education, for eradicating crime in their communities, etc. — has been a subject of hotly-contested debates for decades.

As professional sports in America have grown increasingly popular and profitable, athletes have become increasingly influential both as role models to young people and ambassadors to society at large. They say sports is the great equalizer, the last true meritocracy, and historically we have seen Black athletes like Jackie Robinson, Jesse Owens and Joe Louis break down racist mindsets and racial barriers simply with their success in athletic competition. When those athletes choose to get involved in a cause, they can create unforgettable moments that bring about real change.

So when the minority communities that produce a majority of these athletes are fighting for justice, freedom and/or equality, is it or is it not the responsibility of those athletes — often the most visible and respected representatives of their communities — to help the movement?

Is it enough for high-profile athletes to simply exist as positive role models for their communities? Or should we expect athletes to use their power and privilege to stand up for what is right and speak out against that which is wrong?

And what about athletes who represent religious communities? Is it the duty of a Muslim athlete, for example, to combat Islamophobia and raise public awareness of atrocities being committed against Muslims around the world? Should the Muslim community expect its high-profile athletes to exemplify the best Islam has to offer, while simultaneously acting as goodwill ambassadors for a religion that is often misrepresented by the media?

says in the Quran to obey those in authority. And at the same time, self-defense from oppression is a regular theme in the Quran. In all matters, of course, we should seek guidance from The Creator, who knows best.

Conventional wisdom says that today’s athletes are not nearly as politically active as athletes from previous generations — despite today’s athletes having an unprecedented number of platforms from which they can speak truth to power and literally reach millions of eyes and ears with a few words tapped out on a phone.

And that is likely because today’s athletes make so much more money in salaries and endorsements than their predecessors. In this era, taking any action that could harm one’s earning potential — i.e., falling out of favor with consumers, potential sponsors or potential employers — is deemed too big of a risk when there are now millions of dollars on the line instead of thousands.

So while today’s athletes deserve all due credit for allowing their checkbooks do the talking — donating plenty of money to charitable causes and creating foundations of their own — they are encouraged to avoid speaking publicly about controversial topics such as race, religion or politics.

Evidence also suggests that the few pro athletes who do talk and act like the revolutionaries of yesteryear can only afford to do so because they aren’t as popular or famous as their more diplomatic, politically-correct peers. For the same reasons why many suspect a closeted gay athlete like ex-NBA player Jason Collins would choose to come out only at the tail-end of his career, an athlete who has potentially divisive opinions on touchy subjects may not want to share those opinions at a time when they have more years and bigger contracts ahead of them.

That is why, given the circumstances, today’s most politically polarizing athletes are typically retired pros, like Hall of Fame NBA player-turned-TV personality Charles Barkley; fringe pros, like NFL punter Chris Kluwe; or standout pros in less-popular sports, like WNBA star Brittney Griner.

NBA veteran Etan Thomas, a marvelously eloquent and opinionated writer, poet and social commentator, is the perfect example of a truly politically active athlete in 2015: Not only is Thomas retired from basketball, but when he played in the NBA he was never a star. Which means he has a name among sports fans, but he is not a juggernaut of a marketing brand. That gives Thomas a level of freedom to express himself that an athlete like Kobe Bryant or Serena Williams will probably never know.

It wasn’t always this way, of course.

Tommie Smith, who along with John Carlos famously raised his fist in a “Black Power” salute on the medal podium at the 1968 Summer Olympics in Mexico City, was an Olympic gold medalist and world-record holder in the 200-meter dash. Billie Jean King, a champion for women’s rights and equality in sports and in society, was the No. 1-ranked tennis player in the world during her career.

These were superstar athletes who used their notoriety for causes they believed in. Perhaps it was due to the severity of the issues at hand back then, but that was a time when the world’s best and most popular athletes were often among its most politically active. You could even include in that group the many baseball players, football players and boxers who actually took time away from their sport to fight in actual wars as actual military members.

I don’t see that happening today.

Although the world’s most popular athlete in 2015 is — by 2015 standards — very active and outspoken politically, he is more of an exception than he is the rule. 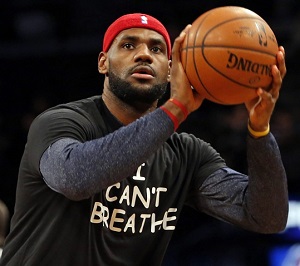 LeBron James walked onto an NBA court last year wearing a shirt that said “I Can’t Breathe” on the front, calling attention to the case of Eric Garner, an unarmed Black man who died after being put in an illegal chokehold by a New York police officer. Months earlier, LeBron rallied his teammates together for a group photo in which they wore hoodies to honor Trayvon Martin, an unarmed Black teenager murdered by a self-styled vigilante neighborhood watchman. LeBron has voiced his opinion on controversial issues like gun control, and he has gone above and beyond what most of us expect from an athlete who gives back to the community. For example, LeBron recently launched a program in which he will pay college tuition for a group of students in his Akron, Ohio, hometown.

But instead of being the leader of several like-minded athletes ready and willing to risk some luxuries for a greater good, LeBron is a rarity among his peers. That includes the man whom LeBron is most often compared to — the legend that he and a generation of basketball players grew up idolizing.

A few weeks ago, former NBA star Stephon Marbury unearthed an argument that had been buried for years when he criticized Michael Jordan for apparently not doing anything about the fact that people — particularly children in America’s inner cities — continue to get killed over pairs of expensive Air Jordan sneakers.

Marbury, who currently plays in China and endorses his own Starbury line of intentionally affordable sneakers, wrote on Twitter: “I’m off the kids getting killed for Jordan’s. I hate that this dude won’t change that. Greedy! … I hate when kids cry because they can’t get this dude shoes because they can’t afford to buy them. It’s hard on moms.”

Jordan is notoriously apolitical. He is famously (though perhaps not accurately) quoted as saying “Republicans buy shoes too” when asked long ago why he wouldn’t endorse a political candidate who was a Democrat. Along with his phenomenal talent and undeniable charisma, part of the power of Jordan’s marketability has been that he appeals to almost everyone. That usually can’t happen if one is not a skilled diplomat capable of avoiding polarizing issues.

Jordan’s defenders might say that because he doesn’t make business decisions for Nike, he can’t change the price of the shoes. His critics might point out that, as essentially the public face of the company, he most definitely has to power to affect change if he really wanted to.

No one is calling for Michael Jordan to eliminate violence in urban communities. Just as no one is asking any football player to end police brutality, or any baseball player to go on a crusade against housing discrimination. No one expects pro athletes to change society’s ills, or to turn in their jerseys and helmets for leather jackets and berets to join the New Black Panther Party.

But it is too much to ask for the men and women who have (whether they like it or not) become role models and spokespersons for their people to use that big stage of theirs to say something when they see something.

Consider it a duty; one of those great responsibilities that comes with great power.

Or better yet, consider it an honor and a privilege.