Families with children with disability have an extraordinary set of challenges and blessings.  Disability (or special needs) is a broad term.

Many disabilities will prevent what we often think of as “normal.”  It may hinder or prevent educational opportunities, and employment. Many people with “special needs” can get educated, get married and live long and productive lives.  The problem for many parents of younger children with special needs is that they typically have no certainty about their children’s future needs. Even if the situation looks dire, it may not stay that way.

How do parents plan for a world where they may not be around to see how things will end up for their special needs children?  What can they do to help their children in a way that does not violate Islamic Inheritance rules?

Certain types of disability, especially the loss of executive decision-making ability, could also happen well into adulthood.  This can be a threat to a family’s wealth and be the cause of internal conflicts. This is the kind of thing every adult needs to think about before it happens.

Many, perhaps most special needs children do not have any use for needs-based benefits (benefits for the poor).  But many do, or many parents might figure that it is a distinct possibility. This article is a brief explanation of some of the options available for parents of special needs children.  It won’t go over every option, but rather those that are usually incorporated as part of any Islamic Estate Planning.

Example:  Salma has three daughters and two sons.  One of her children, Khalida, 3, has Down Syndrome.  At this point, Salma knows that raising Khalida is going to be an immense challenge for herself, her husband Rashid and all the older siblings.  What she does not know, however, is what specific care Khalida is going to need through her life or how her disability will continue to be relevant. She does not know a lot about Khalida’s future marriage prospects, ability to be employed and be independent, though obviously like any parent she has nothing but positive hopes for her child’s life.

In the event of her death, Salma wants to make sure her daughter gets her Islamic right to inheritance.  However, if Khalida needs public benefits, Salma does not want her daughter disqualified because she has her own money.

Her solution is something called a “stand-by special needs trust.” This type of trust is done in conjunction with an Islamic Inheritance Plan and is typically part of a living trust, though it could also be a trust drafted into the last will.  I will describe more about what a special needs trust is below. For Salma, she is the Trustee of her trust. After she dies, she names her husband (or someone else) the successor Trustee. The trust is drafted to prevent it from becoming an “available resource” used to determine eligibility for public benefits such as Supplemental Security Income (SSI), Medicaid and other benefits that go with that.

If it turns out that Salma passes away when Khalida is 5, and her assets are held in trust for her until she is 18 and her Trustee determines she does not need a special needs trust, she will get her inheritance precisely like everyone else based on their Islamic right.  If she does need benefits, the Trustee will only make distributions to Khalida that would not harm her eligibility.

This way, there is no need to deny Khalida her inheritance because of her disability, and she is also making sure giving her daughter inheritance would not harm her daughter’s healthcare or other necessary support. 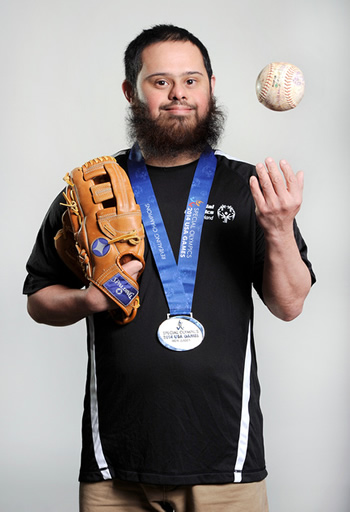 Munir Vohra is a special needs advocate and an athlete

The Shape of Special Needs Trusts

A stand-alone Special needs trusts, which is sometimes called a “supplemental needs trust” the kind without the “stand-by” variation I described above, are a standard device for families that have children with special needs. A trust is a property ownership device. A Grantor gives the property to a Trustee, who manages the property for the benefit of a beneficiary. In a revocable living trust, the Grantor, Trustee, and Beneficiary are typically the same person.

The structure of the arrangement typically reflects the complexity of the family, the desire of siblings and extended family to continue to be involved in the care and attending to the needs of the person with a disability, even if they are not the person directly writing checks.

Example: Zayna is a 24-year-old woman with limited ability to communicate, take care of her needs and requires 24-hour care.  Zayna has three healthy siblings, many aunts, uncles, and cousins. Her father, Elias, earns about $70,000 per year and is divorced. Zayna’s mother Sameena cannot contribute, as she is on social security disability. However, Zayna’s adult brother and sisters, brother in laws, sister in law and several aunts, uncles want to help Zayna meet her needs E.lyas creates a third party special needs trust that would ensure Zayna has what she needs in the years to come.

Zayna receives need-based public benefits that are vital to her in living with her various disabilities and her struggle to gain increasing independence, knowledge and dignity.  So the trust needs to be set up and professionally administered to make sure that when Zayna gets any benefit from her trust, it does not end up disqualifying her ability to get any needs-based benefit.

Contributions to the special needs trust will not go against Islamic Inheritance rules unless made after the death of the donor.

If Zayna dies, her assets from the special needs trust will be distributed based on the Islamic rules of inheritance as it applies to her.

When disability planning is not about Public Benefits

Perhaps most families with special needs children do not use any needs-based public assistance.  They are still concerned about special needs and planning for it.

Example:  Khadija, 16, is on the autism spectrum. For those familiar with the autism spectrum, that could mean a lot of things.  For her parents, Sarah and Yacoob, other than certain habits that are harmless and easy to get used to, it means Khadija is very trusting of people. Otherwise, she does well in school, and her parents don’t think she needs way more help than her siblings and she has just as good a chance of leading a healthy and productive life as any 16-year-old girl.

The downside of being too trusting is that the outside world can exploit her.  If she ends up getting inheritance or gifts, she may lose it. The parents decide that when she gets her inheritance, it will be in a trust that would continue through her life.  There will be a trustee who will make sure she has what she needs from her trust, but that nobody can exploit her.

In some ways, what Khadija’s parents Sarah and Yacoob are doing is not so different from what parents might do if they have a child with a substance abuse problem.  They want to give their child her rights, but they don’t want to allow for exploitation and abuse.

Considering your own needs

There are many people who are easy marks for scammers, yet you would be unlikely to know this unless you are either a close friend or family member, or a scammer yourself.  While this often happens to the elderly, it can happen at just about any age. Everyone should consider developing an “incapacity plan” to preserve their wealth even if they lose their executive decision-making ability.

There is this process in state courts known as “conservatorship.” Indeed, entire courtrooms dedicate themselves to conservatorships and other mental health-related issues.  It is a legal process that causes an individual to lose their financial or personal freedom because a court has essentially declared them not competent to handle their affairs. Conservatorships are a public process.  They can cause a lot of pain embarrassment and internal family strife.

One of the benefits of a well-drafted living trust is to protect privacy and dignity during difficult times.

Haris, 63, was eating lunch at a diner.  In the waiting area, he became fast friends with Mellissa; a thirty-something woman who was interested in talking about Haris’s grandchildren.  The conversation then turned Melissa and her desire to start a business selling long distance calling cards. Haris was fascinated by this and thought it made good business sense. Haris gave Mellissa $20,000.00. The two exchanged numbers. The next day, Mellissa’s number was disconnected.

Haris’s wife, Julie became alarmed by this.  It was out of character for her husband to just fork over $20,000 to anyone on the spur of the moment.  What was worse is that the business failed immediately.

Three months later,  Haris meets Mellissa at the diner again.  She then convinces Haris to invest $50,000 in a Cambodian rice farm, which he does right away.   His wife Julie was pretty upset.

As it happened though, Haris, a few years before, created a living trust.  It has a provision that includes incapacity planning. There are two essential parts to this:  The first is a system to decide if someone has lost their executive decision-making ability. The second is to have a successor Trustee to look over the estate when the individual has lost this capacity.  This question is about Haris’s fundamental freedom: his ability to spend his own money.

If you asked Haris, he would say nothing is wrong with him.  He looks and sounds excellent. Tells the best dad jokes. He goes to the gym five times a week and can probably beat you at arm wrestling. Haris made some financial mistakes. Everyone makes mistakes.

Julie, and his adult children Haroon, Kulsum, Abdullah, and Rasheeda are not so sure it’s just a mistake.  The living trust created a “disability panel.” This panel gets to vote, privately, in if Haris should continue to act as Trustee of his own money.  If they vote that he should not manage his own money, his wife does it for him.

The family has a way to decide an important and sensitive issue while maintaining Haris’ dignity, privacy and wealth.   Haris’s friends don’t know anything about long distance calling cards or a Cambodian rice farm; they don’t know he lost his ability to act as Trustee of his trust.  Indeed the rest of the world is oblivious to all of this.

Islamic inheritance is fard and every Muslim should endeavor to incorporate it into their lives.  As it happens it is an obligation Muslims, at least those in the United States, routinely ignore or deal with inadequately.  However, there is more to planning than just what shares go to whom after death. Every family needs to create a system. There may or may not be problems with children or even with yourself (other than death, which will happen), but you should do whatever you can to protect your family’s wealth and dignity while also fulfilling your obligations to both yourself and your family.