“Too much admiration breeds contempt. It is better, I think, to just be understood.”

—the character Salima in His Other Wife by Umm Zakiyyah

“It’s not good when Pakistani girls marry Black men,” she said to me.

I sat behind the desk in my office trying to maintain a pleasant expression. It was moments like this that I both treasured and dreaded. I’d always taught my students that they could talk to me about anything, that they didn’t have to feel ashamed about their feelings and emotions, and that if they ever needed a listening ear, I was there.

Naturally, it had taken some time for the students to trust me enough to open up and be honest. They were teenagers after all. They viewed most adults with distrust. They even viewed most teenagers with distrust. Sometimes they didn’t even trust themselves. So they sat through most classes looking disgruntled and irritable, glancing every now and then at the clock or their wristwatch.

Time will pass. Will you?

My students laughed when I told them about the sign that one of my teachers had taped over the clock when I was in high school.

But as time went on, my students began to look less disgruntled and irritable, and more curious and attentive. Then finally, they relaxed. And when that happened, they became little bursts of energy with so much on their hearts and minds that there wasn’t enough time to get through all of it. But I tried my best to incorporate into each lesson and assignment what was most important to them. Every essay, discussion, and debate had their personal touch, and sometimes it was designed entirely by them.

“There’s no use teaching in a context that nobody cares about or understands,” I’d tell them whenever they asked why I even bothered adjusting the lesson themes for them. “Learning begins when you see yourself in what is being taught,” I’d explain. “Besides,” I’d joke, “even I’m allergic to boredom.”

“Why do you think it’s a bad idea for Pakistani girls to marry Black men?” I asked my student in as neutral a voice as I could muster. I knew my recent lesson theme regarding overcoming cultural and racial prejudice had inspired this office visit, so I told myself she had every right to express her feelings to me after class.

However, on a personal level, it was difficult to withhold expressing my disagreement with the blanket generalization. It wasn’t that I thought it was a good idea for Pakistanis to marry African-Americans. It was just that I disliked using the terms good or bad regarding anyone’s halaal options, especially for something as intimate as marriage.

“When we let them,” she said, speaking candidly as a representative of Pakistani culture, “things always turn out bad.”

“What do you mean?” I asked, genuinely curious about what she was referring to.

“They usually seem like good men,” she explained, “but then they don’t treat the girl right, and she ends up miserable. Then the marriage falls apart, and it hurts the whole family.”

I waited, expecting a more comprehensive explanation. But the extended silence told me that she didn’t have anything else to add.

An apologetic look crept on her face as she realized that her words could possibly be offensive. But I nodded to acknowledge that I’d heard her, though I had a different perspective.

“When things turn out like that,” I said finally, “it’s usually because other cultures are unfamiliar with Black American culture. So you have no way to distinguish between a good or bad person for marriage. A person whose external appearance suggests he is a good Muslim is automatically counted as a good man to marry. But another person from that same culture would see signs that you wouldn’t because they are more familiar with the subtle red flags that someone on the outside wouldn’t pick up on.”

I then explained to her the dangers of feeling comfortable making assumptions about a group of people simply because you felt you’d already assumed the best but they let you down.

And often, the former leads to more long-term prejudice than the latter, I explained. Because it’s much more difficult to change your prejudicial attitude once you imagine you’ve already “given them a chance.”

Unhealthy prejudice isn’t only in judging certain people as generally bad. It is also in judging certain people as generally good. Too often, in our efforts to fight our inclinations toward superficial prejudice, we engage in overcompensation and voluntary blindness, as many cultural groups do in their enthusiasm to embrace “the other,” whether in friendships or marriages.

Here, if our cultural or privileged background consistently judges another culture or group negatively, we go to the opposite extreme by consistently judging them positively. But in both cases you are using superficial cues to come to a conclusion about someone, and this is the very essence of prejudice. 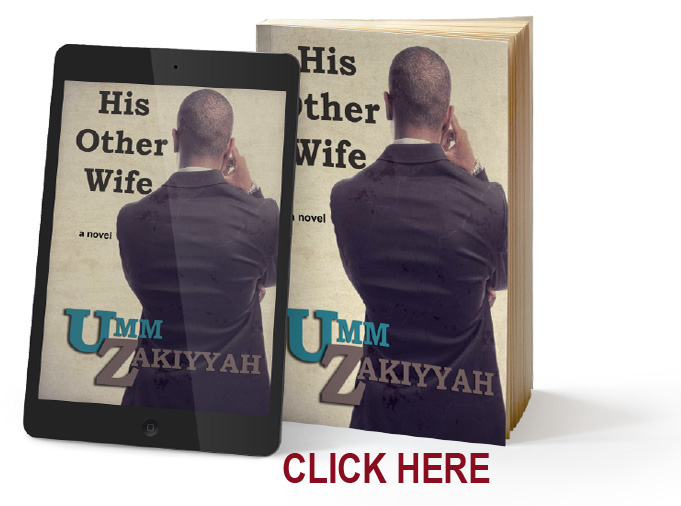 Of the harms of the presumption of good in a people is that when we face clear evil amongst them (as we inevitably will with any group of human beings), we either rationalize the evil and thus become a force against good. Or we give up entirely and become even more prejudiced than before, thinking, “I thought they were good, but they really are corrupt!”

Yet the very meaning of bigotry is the inability (or refusal) to look at others as individuals who are fully human just like you.

Therefore, the only way to overcome unhealthy prejudice is to allow a person’s character, as displayed in their patterns of speech and behavior, to tell us of their good or evil. Just as your own patterns tell others of yours. 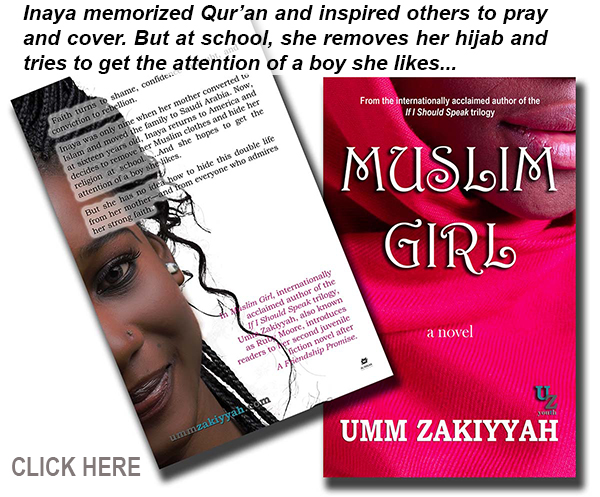 Umm Zakiyyah is the internationally acclaimed author of the If I Should Speak trilogy. Her latest novel His Other Wife is now available. Read HIS OTHER WIFE novel now: CLICK HERE.