Recently the British Telegraph, known for their excellence in journalism and intrepid reporting about Germans with pencils in their heads and Alien sightings in Britain, posted an article about “How to spot a terrorist living in your neighborhood.”

The article itself is rather long and exhausting to read through, but it does feature a rather funny picture of a random white guy using binoculars to spy on what I can only assume must be Muslims that are up to no good. He does a fantastic job of wearing a black shirt in the middle of clear daylight and manages to use a few twigs, leaves, and a metal rod from a swinging patio chair to cloak himself. Clearly we can already tell from this image that this man is a master of stealth- a British Solid Snake, only more obsessed with gawking creepily at bearded men. 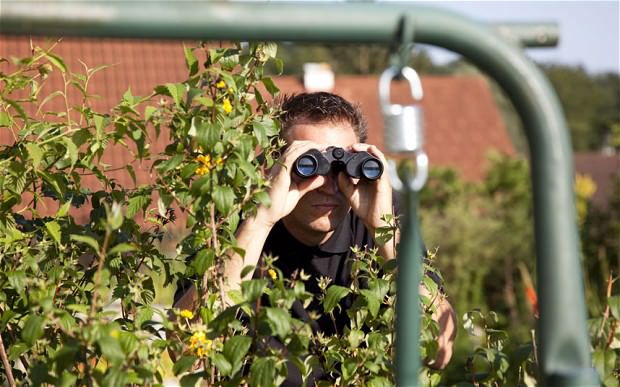 “What is the purpose of that half-filled jug of water next to their toilet seat? It must be something sinister.”

Anyways, the article goes on to list some fun facts about how to spot terrorists in your neighborhood, and what the warning signs are of radicalization, extremism, and fundamentalism. So I decided to take the advice of this fantastic article to heart, and emphasize its warning signs in order to assure that my readers never fall prey to the threat of extremism.

Dr. O proudly presents his reaction to this rather interesting article- “10 things you can do to not be a terrorist.”

1) “…the great majority of terrorists, unsurprisingly, have been Muslim males aged 16-34, a third to a half of whom were unemployed and a significant portion of the rest under-employed. Most were unmarried.“

Do you hear that, you lazy bum? Underemployed single Muslim males aged 16 – 34! That about encompasses 99% of the desperate brothers on online Muslim matrimonial sites, as well as most lazy unemployed Muslim teens who spend as much time playing Call of Duty on XBOX Live as they do disappointing their parents.

This first fun fact is pretty much exactly what your mom and dad always keep telling you- stop bumming around, go to med school, and live a productive life where shallow families aggressively try to marry their daughters to you. You see, keeping busy with a full-time job and having girls’ families chase after you is an excellent means of averting islamophobia- if the FBI starts profiling you, just tell them “I can’t be extreme – my parents forced me to become a doctor instead.”

Oh, and the marriage bit? That’s easy. You see, Muslim men tend to do mischievous things when they’re single- like creepily hang around Islamic Conference lobbies and use Snapchat to send salacious pictures of their beards to unsuspecting sisters. But a married man is a prim, proper, restricted brother who is controlled- a man shackled to a life of no fun and no play, because if he does anything out of the ordinary, his wife will probably slap the wudu off of him.

2) “Essentially, there will be changes in behaviour”

This is so important to follow. Whenever your mother or wife keeps reminding you to change your underwear and take a shower, you need to flat out refuse, because changing your behavior is a sign of extremism. In fact, you should take it a step further- don’t change ANYTHING. Not even your clothes; and when people ask you “how come you don’t brush your teeth?” you say it’s because only a terrorist would wage jihad against cavities and support the mass killing of millions of innocent oral bacteria. 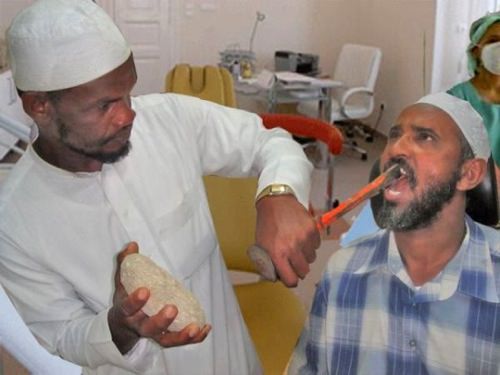 Ironically, not brushing your teeth may also lead to some rather… “extreme” consequences.

3) “A sudden ostentatious insistence on religious ritual, especially in a secular context (demands for prayer rooms where no other religion has them)”

This one’s for you MSA and Isoc-fans out there who love campus prayer rooms. Nothing shouts extremism more than a carpeted den of male testosterone, pungent sock stenches from wet feet, beard hairs intertwined with pocket lint on the floor, stale miswak sticks from 7 semesters ago, and frustrated sisters trying to pray in a section the size of a utility closet. You MSA and Isoc folks need to realize that praying on campus promotes student diversity in faith- so it’s extremism when you do it, but it’s usually fine when the university promotes that same faith diversity for their own marketing purposes. 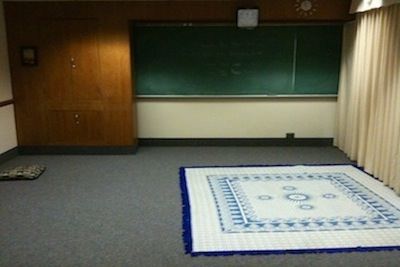 4) “A withdrawal from social interaction with women and disapproval of feminine dress.”

Oh boy… if there’s one thing that Muslim teenage guys can never figure out, it’s how to even engage in human communication with women. You poor awkward souls. Some brothers still have difficulty trying to determine if females are even human and not some sort of alien species that seek shoes and chocolate to sustain themselves.

The article is spot-on with this fact- that socially awkward Muslim guys are just prime material for becoming extremists. Because everyone knows that loser geeks who have no swag and no game are often the most extreme and fundamental at heart. That’s why big angry bearded brothers who harp on and on about sisters being fitnas are often the ones most desperate to just get to know one and marry her instantly. 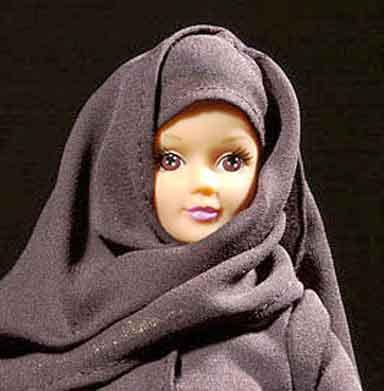 Because touching a non-family member of the opposite gender is haram, some brothers grow up believing that sisters are barbies made out of plastic.

So my fellow brothers- you need to educate yourselves about women. Because if you don’t know how to communicate with them, then you’re a terrorist. That’s why I’m an expert on sisters, and I know for a fact that all girls are cootie-infected, gross, yucky, also icky, and they all love Justin Bieber and One Direction.

5) “There may be a sudden obsession with physical fitness.”

Well look at you, Mr. Fatty- are you trying to get rid of that Ramadan Belly and trim down so you can slip into that new thoube that you bought for Jummu’ah? Well guess what, every time you lift that dumbbell or do a pushup, you’re becoming a terrorist. Because everyone knows that terrorists are hot male models with ripped 6-pack abs and sculpted muscular physiques that make them the ultimate fitna when they take their shirts off. 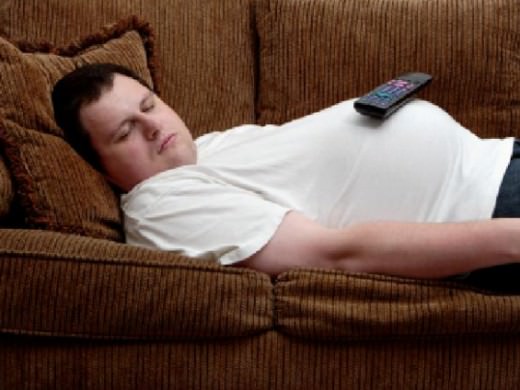 Brothers, keep it up- your stubborn fat is the first defense against extremism.

So the next time your mom or your wife start complaining about how fat and lazy you’ve gotten, or how your belly makes pregnant women believe that you’re somehow carrying twins, tell them that you’re fattening up to fight terrorism. Every cheesy nacho chip or oozing triple-chocolate fudge brownie that you mindlessly shovel into your mouth is a defiant blow to extremism. 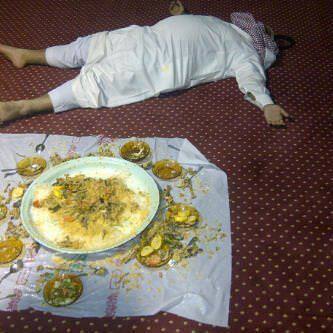 6) “Someone may adopt traditional Arab dress or abruptly abandon it (so as not to attract attention).“

Nothing says terrorist quite a brother who has a flamboyant passion for fashion. This is especially true for brothers who have a keen interest in Arab-style fashion, because everyone knows that in the fast-paced creative world of fashion design, the biggest extremists are the ones who never change their clothing style- and by the looks of it, most Arab men are still following the hottest Summer trends from 640 AD. What a bunch of hipsters. 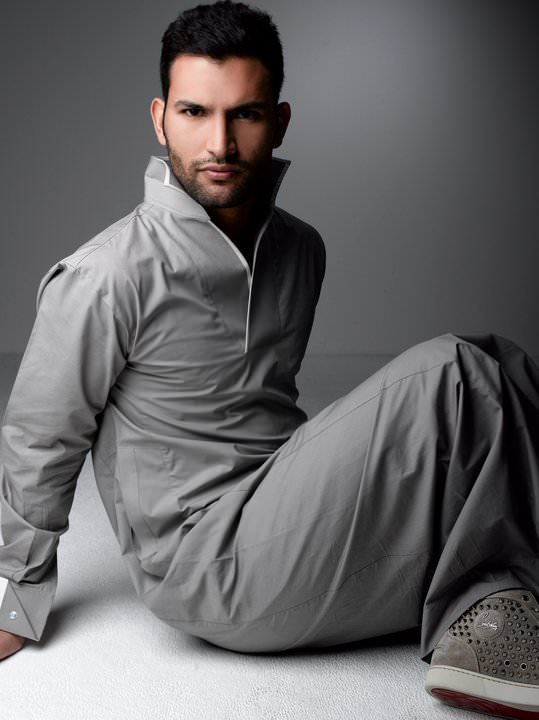 Does this thoube make my extremism look big?

According to the article, being discreet about your vaguely non-Western style of fashion is a suspicious warning sign. So fellow men, take a hint from our preppy sisters, and let your fashion speak for you- instead of picking out the same boring drab kufi and thoube, why not mix things up a bit and fight some terrorism by rocking something like this:

Protip- if a brother actually wears this to the masjid, DO NOT pray behind him. When he goes into sujud, you may risk going blind.

Next to moonsighting and zabiha halal meat, music is one of the top 3 most ridiculously trivial things that Muslims love to incessantly argue about. But one thing’s for sure- this article makes it explicitly clear that anyone who avoids music or forbids others from listening to it is an extremist.

And that’s a very scary thought, because by their logic anyone who listened to Rebecca Black’s Friday and didn’t have their ears bleed is a terrorist. And that goes double for the poor unfortunate souls who have been tortured by Nicki Minaj or the Jonas Brothers. 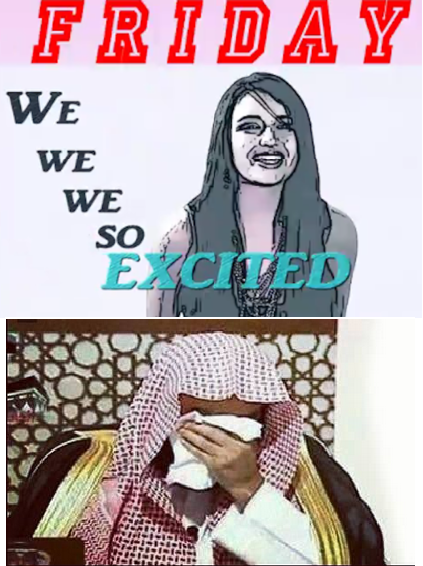 If you’ve ever wondered why Muslims don’t listen to music, this should help clear that up.

Brothers who live their whole lives on the internets, this one’s for you. The article asserts that Muslims who withdraw from society are extremists in the making, but ignores the fact that pretty much every single Muslim youth spends about 80% of their life indoors either gaming or surfing the internets. Do you spend more time silently creeping on Facebook than you do physically meeting with friends? If so, then you might be a terrorist.

After weeks of non-interrupted gaming or web surfing, Muslim youths tend to quickly transform into nocturnal vampires who fear going outdoors, lest the bright natural sunlight burns their skin or blinds their eyes:

Once again, your parents know best. GET OFF the internet, shut off your console, and go outside for once. Explore new places, meet new people, appreciate nature’s beauty, and be sure to get religiously and racially profiled as you do all that. 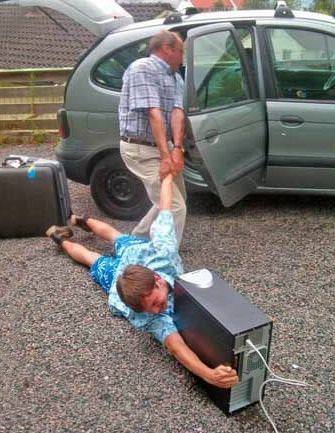 One of the most difficult challenges of being a Muslim youth- having an actual social life. 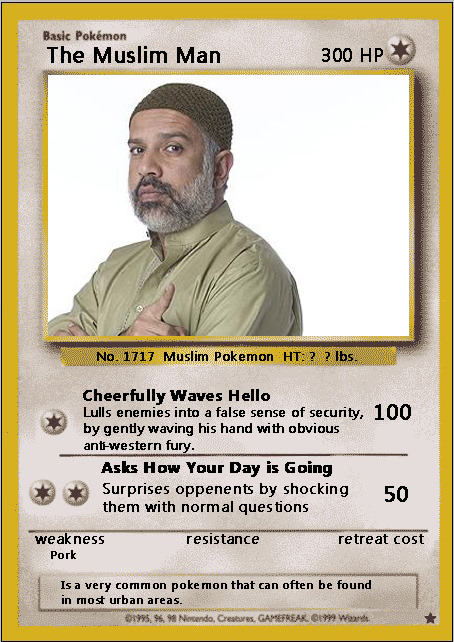 I’ll trade you 3 holographic Muslim Man cards for your Charizard!

Basically, anything remotely Islamic that you take an interest in might be considered “jihadi material.” So guys, stop collecting facial hair- because if you stock up on enough of those, you may grow something called a “beard” which is pretty jihadi.

10) “Perhaps attempted travel to troubled regions or misleading vagueness as to where they’ve been.”

I don’t think this article realizes that the FBI’s investigations pale in comparison to the interrogative skills of Muslim wives and mothers. Any of my fellow brothers can sympathize whenever they return home late after an awesome evening of chilling- if you haven’t answered your phone or responded to any texts while you were out, then brace yourself for a painful and brutal interrogation.

To our brethren who return home to a fuming mother or wife… …our hearts go out to you.

If you answer your mom or wife with intentionally misleading vagueness as to where you’ve been or if you’ve been up to any trouble, I’m afraid you have a lot worse coming your way than being suspected as a terrorist. You might want to double-check your medical insurance coverage for emergency room visits.

So the best way to avoid terrorism, as well as ensure a long healthy life free from traumatic injury, is to always seek approval before venturing out of the house. Take a lesson from King Leonidas- NEVER do anything without tacit approval from your better half.

And there you have it. A thorough listing of all the things you need to avoid in order to not be a terrorist. So let’s recap, and put everything together to paint a picture of the most non-threatening Muslim caricature, given all of the article’s warning signs:

A fat, lazy, clean-shaven doctor who never bathes, brushes his teeth, or bothers to change his clothes, but is a big-time social party-animal and is a ladies’ man as well (despite already being married)- he also dresses as Sailor Moon on Fridays, collects Pokemon cards as a hobby, and is an avid Rebecca Black fan.

While that may sound like one of the most cringe-inducing Muslim Matrimonial profiles that you’ve ever read, it’s actually the article’s perfect definition of the most innocuous “non-terroristy” Muslim. Now if all Muslim men could just be exactly like that description, then there wouldn’t be any more terrorism EVER. And how can you possibly argue against brilliant logic like that?