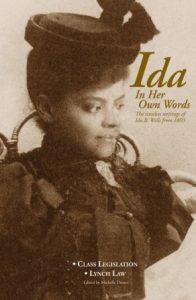 There must always be a remedy for wrong and injustice if we only know how to find it.  Ida B. Wells Journalist, suffragette,  and anti-lynching activist   (1862-1931)

Tariq ibn Shihab reported: A man asked the Messenger of Allah, peace and blessings be upon him, “What is the best sacred struggle (jihad)?” The Prophet said, “A word of truth in front of a tyrannical ruler ” (Musnad Aḥmad 18449).

We celebrate figures like Malcolm X  who spoke truth to power. Award winning journalist and author, Ta-Nehisi Coates  discusses Malcolm X’s honesty in Between the World and Me (2015). A month before his assassination on New Year’s eve 1964, Malcolm X gave a speech to a delegation of  thirty-seven teenagers from McComb, Mississippi. They had come to New York City on a trip sponsored by the Student Nonviolent Coordinating Committee. Malcolm X offered these words to the youth who were at the heart of Civil Rights struggle:

You’re not supposed to be so blind with patriotism that you can’t face reality. Wrong is wrong, no matter who does it or says it.

I am neither a fanatic nor a dreamer. I am a Black man who loves peace and justice and loves his people.

Power in defense of freedom is greater than power in behalf of tyranny and oppression.

We have to keep in mind at all times that we are not fighting for integration, nor are we fighting for separation. We are fighting for recognition as free humans in this society….

This speech,  now known as the “Advice to the Youth of Mississippi” still speaks to us today. It especially resonates for Muslim Americans who have been marginalized out of civic life.  Muslim American scholars, devotional leaders, and  civil society leaders all wrestle with the question: What is Justice?  When we are speaking about injustice, we must think about what does justice look like. Striving This is important to think about as we are encouraged to enjoin  what is established right in the verse revealed in the Qur’an:

Indeed, Allah orders justice and good conduct and giving to relatives and forbids immorality and bad conduct and oppression. He admonishes you that perhaps you will be reminded. (Qur’an 16:90)

And let there be [arising] from you a nation inviting to [all that is] good, enjoining what is right and forbidding what is wrong, and those will be the successful. (Quran 3:104)

In Forbidding the Wrong (2003), Michael Cook highlights how even quietist Abu Hanifa (699 — 767 CE) could not deny the political implications during the Umayyad dynasty of enjoining the right and forbidding the wrong (pg. 10). 1400 years later, faith leader Reverend Dr. William J. Barber III calls for a Moral Revival for justice, social change, and movement building . In multifaith organizing, faith leaders bring their deep moral values to bear as they seek to build a multiracial multifaith community. As a faith community, what do Muslims propose to counter the policies and legislation that cause so much suffering?  Many of us have focused on countering dominant narratives and stereotypes by reclaiming our narratives. We counter the collateral damage of domestic and foreign policy with humanitarian aid. But institutionalized Islamophobia has attempted to undermine our attempts at authentic engagement in civil society. 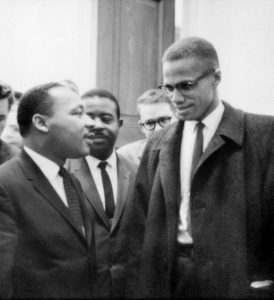 Like Ida B. Wells a century ago, Muslims American thought leaders are writing about our most enduring social problems. Before the presidential election the  US Council of Muslim Organizations (USCMO) convened to discuss a Muslim platform, leading to a deep discourse amongst Muslimmatters writers. Another important development is that Muslim Americans are beginning to build power through organizing. Mohammad Khan of MPower Change kickstarted an important conversation in the lead up to the election. A group of us, including  Faatimah Knight, Imam Bilal Ansari, Linda Sarsour, Sheikh Hasib Noor, Layla Abdullah-Poulos, Dr. Su’ad Abdul Khabeer, and Imam Johari Abdul-Malik, continued that conversation through email and a shared document.  To help facilitate the process of consensus, I reached out to prominent scholars and leaders to give feedback on the principles using a survey form. It was a truly a collaborative and exciting experience to bring together our mutually agreed upon ideas about what does justice look like. This was especially important, as Muslim Americans are asserting their political will. We are endorsing legislation, running for office, and backing candidates.Together, we developed the following principles as a starting point for articulating Muslim faith inspired social justice principles in how we vote and what groups we align with, based upon shared vision as a community:

We are a people who vote according to our values and principles and draw the strength of our convictions from an Unlimited Source not determined by party affiliation or partisan politics. We are a people who believe that every resident of the United States of America deserves to be treated with dignity and respect and live in their full humanity and dignity. We stand up for truth in the continuum of the struggle in the spirit and legacy of those who came before us. We strive to empower the powerless through allyship and organizing to establish justice with balance.  Utilizing the tools of civil society and participatory democracy to promote public welfare and the general well being of society, we will advocate legislation and representatives who will advance our society in a moral order.

Our platform is Constitutional, consistent with our values as Muslim Americans, promotes the economic well-being of all residents, and works towards the sustainability of our society for generations to come. Drawing our Faith and Constitutional values, we aim to promote these values:

What is our vision for a multifaith multiracial society? In a 2015 training, Rami Nashishibi and Shemar Hemphill of  Inner City Action Muslim Network (IMAN) asked us to envision a world that could be. In many ways, these policy principles try to move us to creating a world we want to see. Some people may feel that these principles are not radical enough. Others, are concerned that the principles may create openings for alignment with communities who do not share Islamic moral values. We have to struggle to articulate who we are as a community, our shared definition of self, our foundational faith values, that we bring to the table in uplifting all people.

We must be part of the remedy to our society’s most enduring problems and we can find it in our collective visioning. I invite others to join in this important conversation and become part of the solution.