An African American born and raised Muslim from New York City (NYC) and a mother of 3, I have been a critical care registered nurse for 13 years. I have worn hijab since the second grade, which helped me to develop a strong Muslim identity. Despite the diversity of  growing up in NYC, I was oftentimes the only black hijab-wearing woman in my class or group. Nonetheless, I have confidently represented myself in different circles throughout my life by consistently participating in leadership roles via clubs, organizations, and various activities to creating my own spaces. However, I’ve experienced discrimination and racism in some way all my life; either as a woman, a Black woman, or as a Black Muslimah.

It’s a problem even in the Muslim community. Many communities don’t acknowledge or respect our Black American experience, and treat us like we are not Muslim enough. I am so often asked, “When did you convert?” The assumption is that I can’t possibly be born and raised Muslim and be an African-American woman. This is a recurring experience that needs to be addressed more often. But it doesn’t quite compare to my professional reality.

According to Minority Nurse, 9.9% of Registered Nurses (RNs) are black or African American. My career journey in healthcare — from my undergraduate years to becoming a registered nurse — has been quite an experience. I started as a pharmacy sales associate (senior year of high school), then self-studied and became a board certified pharmacy technician. I continued that for years until I started my nursing program. Then I worked as a nurse’s assistant until I graduated with an Associates Degrees in Nursing (ADN) and became a licensed Registered Nurse (RN). Shortly after, while I was working as a new graduate trauma nurse, I went back to school to complete an accelerated RN-BSN program. I graduated with my Bachelors of Science in Nursing (BSN) one year later. Throughout this journey, I was almost always the only Black Muslimah in whatever space I was in. There were many times that I felt like my competency and skill-set were dismissed because of my identity. When people saw me, they would often question me like “oh do you work here?” This continued despite wearing a company badge clearly showing my name and job title. 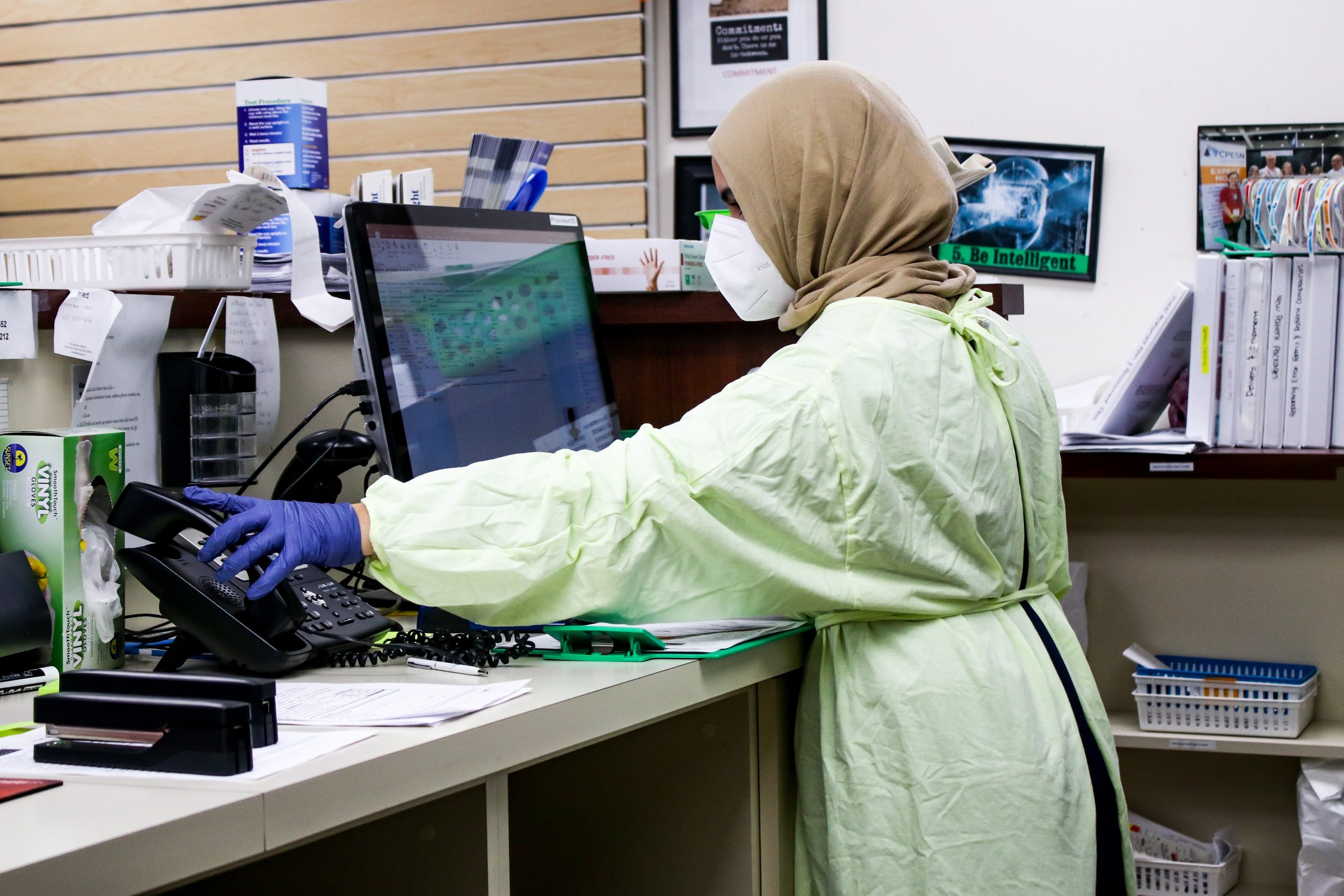 As a new graduate RN, the ignorant reactions definitely got worse. It was already intense working the night shift in a critical care trauma unit right out of nursing school. Although I felt adequately prepared both academically and clinically, I was unprepared for the mental and emotional burden this role would bring. I was in South Carolina at the time, and while I thought I was mentally prepared for racism as a Black woman, my identity as a hijab-clad Muslimah added two extra layers of minority status or “otherness”. There were many times that I felt like my competency and nursing judgment were questioned because of my identity. Other members of the health care team talked down to me as if I did not comprehend what they were trying to communicate -as if I didn’t speak English well enough or didn’t have the critical thinking skills.

I felt like I had to prove myself more often than not. The worse was when a physician would come to my patient’s room and not acknowledge my presence, but reference me to the patient. I would stand there feeling like I was essentially eavesdropping  on my patient’s care plan. Sometimes I made an effort to run to their bedside and make it known that I was the primary nurse, just to make sure I was included in the decision making. It seemed as though they couldn’t accept that I was the nurse and not a nursing assistant. Many times, I was asked if I was the technician, despite wearing the nursing scrub colors and walking around with a stethoscope around my neck. They would also sometimes overlook me for the more difficult assignments, as if I didn’t have the skills to manage it. There were several new graduate nurses (not Black or Muslim) who started with me and who were given higher acuity assignments.  I had to work extra hard to prove that I was just as competent.

These microaggressions continued after my first nursing position, and throughout my journey as a travel nurse. I’ve been a travel nurse for 11 years of my 13-year career as a RN. I’ve worked in several states across the country and various healthcare facilities. In every single environment, I was the only visible Black Muslimah. I made a special effort to approach any other Black woman just to see if I was truly the only one. There were so many times that I would show up to a new assignment and face stares and whispers from the nursing staff. It was as if they saw a ghost, like, “why is she here”? It took a while for them to trust me and my competency.

The most irritating part was when the physicians would come around and automatically assume I was anything but a nurse. They didn’t make eye contact or attempt to address me, especially if it was a facility in a city that lacked diversity as a whole.Click To Tweet

I spent weeks receiving the easier assignments or being watched and audited. The most irritating part was when the physicians or supervisors would come around and automatically assume I was anything but a nurse. They didn’t make eye contact or attempt to address me, especially if it was a facility in a city that lacked diversity as a whole. I once worked in a hospital in a smaller town in Connecticut and they were visibly in shock when I showed up. Microaggressions were in full force because they just couldn’t accept that I was both African-American and Muslim. Physicians would refuse to talk to me and go straight to the charge nurse to discuss my patients. I got used to it, and would just wait for the charge nurse to communicate with me, and went on with my day.

Lack of Diversity in Critical Care 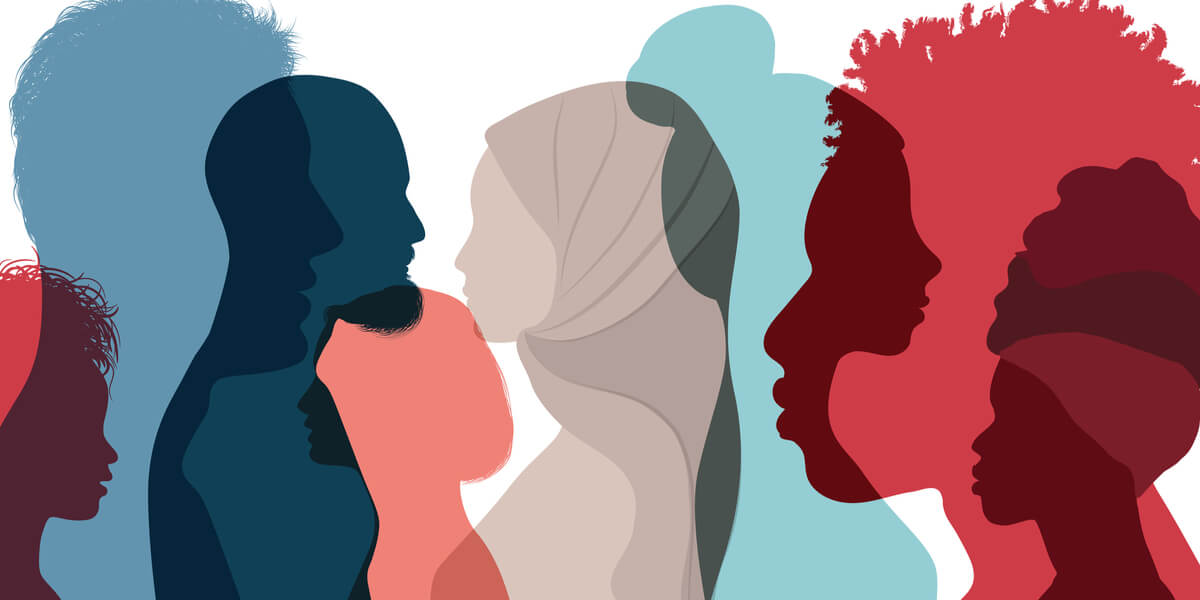 During my travels, I also noticed the lack of diversity in critical care as a whole. It seems like nurses of color are not present in the intensive care units – and certainly not in management. The medical-surgical units were well represented, but not in the higher acuity units like the intensive care, emergency room, or operating room. I have actually been discussing this recently in nursing forums on social media and many other nurses confirmed the same dynamic in their facilities. A few Black ICU nurses stated that they feel like they fight harder to get the position, and sometimes feel antagonized. It is especially disappointing that we are not represented in leadership. It’s a deterrent to expressing any grievances to management when you feel like they can’t empathize with you.

In addition to nursing in various critical care units and crisis staffing positions, I’ve also worked in nurse leadership roles. I’ve been a charge nurse and new graduate preceptor. After proving my competency and skill set, I assumed these roles within the first year of nursing. They were challenging and often stressful, but I welcomed them because I finally felt like I was respected as a competent professional. Several times during my travels, I was assigned a leadership role after they realized they would benefit from my nursing experience. But it took time to earn trust; the idea of a Black Muslimah ICU nurse was so unusual.

Throughout this journey -and especially since the pandemic started-, I have grown more passionate about mental health. I’ve always been an advocate and have trained with the National Alliance on Mental Illness (NAMI) as a support group facilitator. It was a rewarding experience and really highlighted the need for more widespread mental health services. Also, since recently starting my Instagram page (@nursedeeba) that focuses on holistic wellness, I’ve noticed that people really don’t feel supported. So many have reached out to me for support, in appreciation for the space and happy to see a Black Muslimah representing.

The totality of my life experiences have encouraged me to continue to advocate. It is important that I be present and active in different spaces. I feel like I need to show up for other Black Muslimahs because we clearly are a minority group. The positive effects of advocacy and support to uplift and transform a community is often underestimated. Representation really matters!

It’s disheartening to feel like your identity is excluded and/or being dismissed. Everyone needs to feel like they matter in a world full of hate and discrimination. These feelings motivated me to start the Facebook page “Black Muslimahs in Scrubs”. We are rarely represented in social media spaces with other healthcare professionals, because it seems like we get lost at the intersection of being an American, Black woman and a Muslimah: a triple minority group.

This space is for us and by us with a mission to support and empower other women like me. We all deserve “a seat at the table” -even if it means we have to create the table.

My motto is, we are better together.

From The Chaplain’s Desk: Valuing And Nurturing Faith On Campus

Adiyba A.B. is African American born & raised Muslim from NYC. I am a mother of 3 and have been a critical care registered nurse for 13 years. I have confidently represented myself as a Black Muslimah throughout my life, from consistently participating in leadership roles to creating my own spaces. I am also passionate about mental health and holistic health and wellness for the mind, body and soul. My motto is, we are better together.